Skip Navigation
Home > ArtandSeek.net > The Unethical Practices In ‘Do No Harm’ – And The Women Who Endure Them

Dr. J. Marion Sims has been celebrated for inventing the modern speculum, for establishing the first hospital entirely for women, for developing new medical procedures, including a treatment for vaginal fistulas. But his achievement with that last breakthrough has been surrounded by extensive, heated debate. It only really became headline news when protestors — in 2018 — had his statue taken down from Central Park, as part of the wider push to remove Confederate statues.

A new drama from Soul Rep Theatre focuses on the people Sims experimented on: enslaved women. KERA’s Jerome Weeks talks with Soul Rep co-founder Anyika McMillan-Herod about her play, Do No Harm, which was filmed in a slave cabin in Dallas Heritage Village.

Jaquai Wade Pearson as Betsey – under the care of Dr. J. Marion Sims in “Do No Harm.” Photo: Soul Rep Theatre

Anyika, in Do No Harm, we follow three enslaved Black women in Alabama in the 1840s. They were real people who were treated by Dr. J. Marion Sims. He has been called “the father of modern gynecology.” But he’s also one of the most controversial figures in American medical history.

He was controversial. He experimented on enslaved women without anesthesia. You know, some embraced him and his works, but he did receive quite a bit of criticism from peers as well. But due to the success of his ability to find a cure for fistulas and other advances in gynecology, a lot of that controversy waned.

Do No Harm, presented by Soul Rep Theatre Company through January 31st. Presented online on demand in partnership with SMU’s Perkins School of Theology.

You mentioned Sims’ treatment for fistulas. What are those?

So fistulas were common in the 18th and 19th century, and they happened to some women after childbirth. This was like a tearing in your bladder and sometimes in your anus. Some women would develop the inability to be able to hold their bladders and even their bowels. And so he was very determined to cure that.

You were actually commissioned to write this play by Dr. Evelyn Parker of SMU’s Perkins School of Theology.

Yes, interestingly enough, I wasn’t even aware of Dr. Sims until Dr. Parker reached out to me to write a piece based on this history of unethical medical practice. 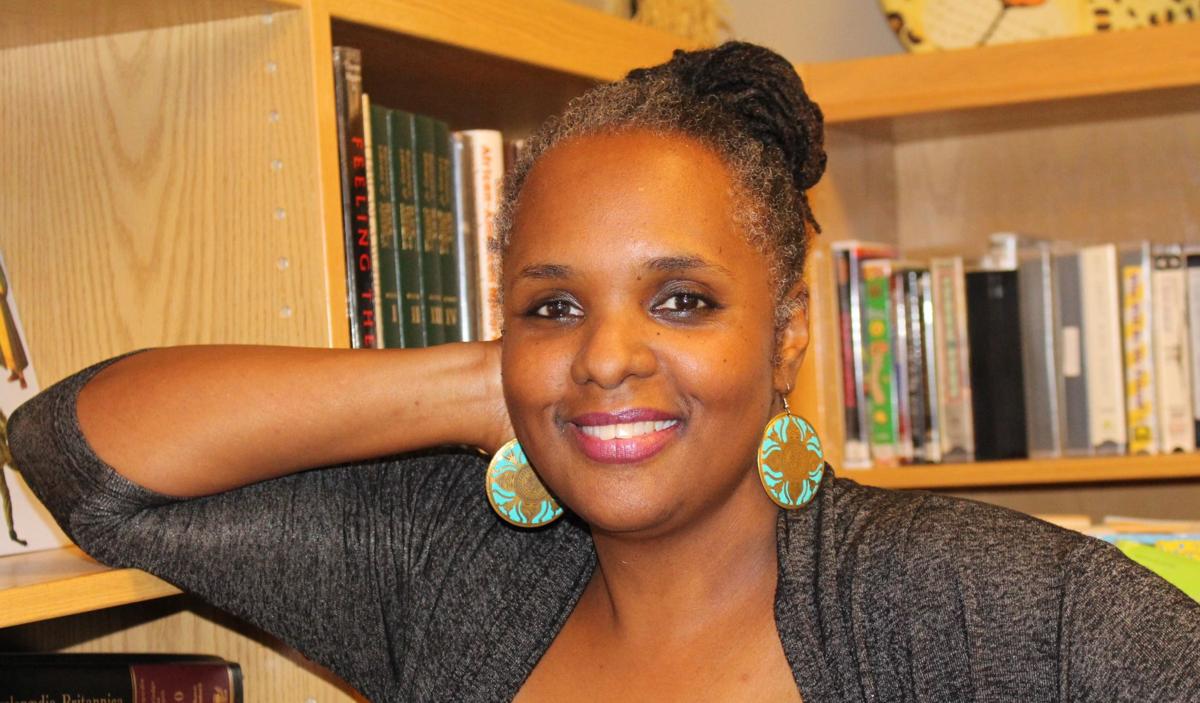 She’s a member of the Association of Practical  Theology, which is an international organization of theologians, and they hold a biannual conference. She was president of the association, and the theme of that conference was ‘ethics in medicine.’ And she felt that this was a story that they could explore for their conference in a creative way that would be a source for discussion.

So ultimately, Sims succeeded in treating fistulas. But the controversies around his methods came back. In 2018, protestors had a statue of him in Central Park removed. Sims was an avid Confederate. But the three women he operates on here – Anarcha, Betsey and Lucy – people could argue that what they endured saved thousands, maybe millions of other women from suffering.

Yes, but it’s dehumanization. That was the issue. This was during enslavement. These women did not have a choice. It was unjust. Period.

So from the standpoint of medical ethics, whatever Sims’ success, it simply doesn’t matter. As you say, these women had no choice. They could not grant consent.

Exactly, exactly. The people who owned the women loaned them to Dr. Sims for this cause. And the women deserve to have their stories told — and not just three names in Sims’ autobiography and we know nothing else about them. 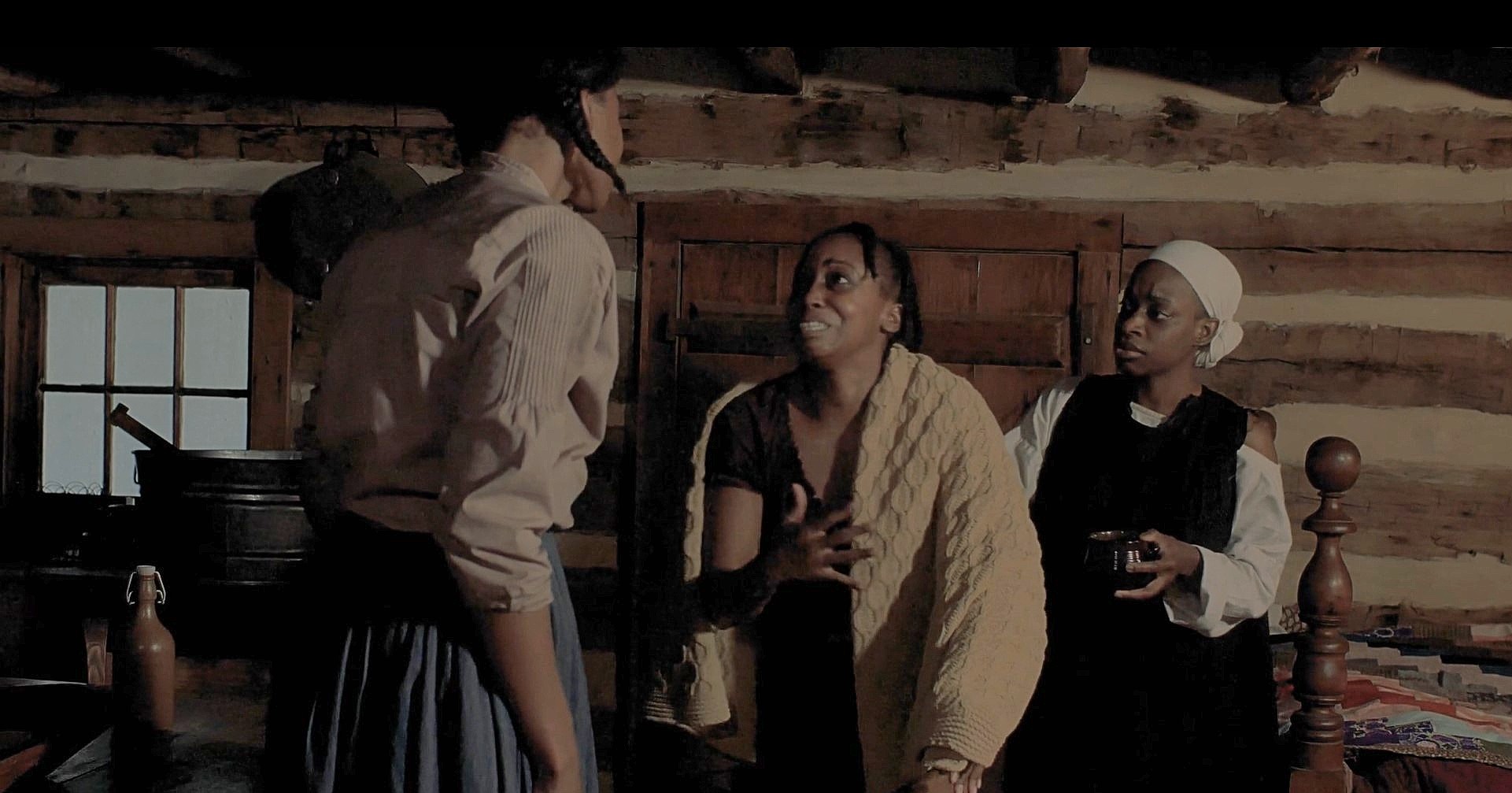 Jaquai Wade Pearson, Whitney Coulter and Brittney Bluett as Betsey, Lucy and Anarcha in Soul Rep Theatre’s “Do No Harm.”

We see them cook, help each other, sing together. So let’s hear them. Jaquai Wade Pearson plays Betsey, who’s singing. And Whitney Coulter is Lucy.

Betsey: “I hear music in the air. There must be a God somewhere.”

Lucy: What you say?

Betsey: I hope there is — a God. Somewhere.

Betsey: Hush. I know the spirit of the Lord run through your finger and toes many a time. I even caught you praying on a Tuesday.

We know the American system of slavery was brutal – for hundreds of years. But what does Do No Harm add to our understanding of that?

That is a word that I’m hearing from a lot of people who have watched this piece. As harrowing as it is, as horrific as it is, there’s so much beauty in it.

I really wanted to focus on these women. And how, y’know, people talk about sisterhood and what might that look like. But what might sisterhood look like during that time? When it’s just black people in a room and outside is this world that they’ve been forced to live in? Is there laughter? Is there love? Is there admonishment of each other, is there prayer? How do you hold each other up?

So it was very important for me to inject this particular story about sisterhood and love and courage and the strength so many of our ancestors had in fighting for their humanity. And still trying to maintain some dignity. And some sanity.