Freelance critic Elisabeth Vincentelli (the former drama critic for the New York Post) writes in The New York Times about the many North Texas stage companies — from MainStage Irving-Las Colinas to Teatro Dallas and Cry Havoc  — that have pivoted to offer different alternatives to live theater performances, all because of COVID-19.

Vincentelli admits she’d not expected the high number of online shows and parking-lot performances: “Dallas-Fort Worth is not usually thought of as a national theatrical force, despite a population of six million people. . . . But this particular ecosystem and its local funders have provided an encouraging case study in how to confront an existential threat to art and business.””I was happy to check it out — and to find out how Texans have held their breath and dived into the new world of COVID-era theater.” 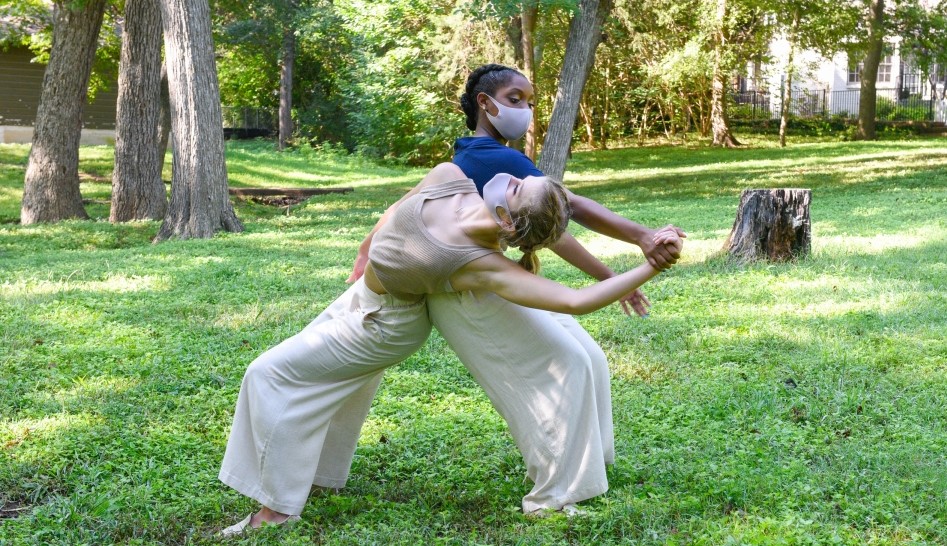 The shows she cites also include the Cara Mia-Soul Rep audio play collaboration, My Red Hand, My Black Hand (discussed on Art&Seek) and the Dallas Theater Center’s upcoming In the Bleak Midwinter (ditto). Fort Worth’s Stage West comes in for particular attention for importing Prism Movement Theater’s dance performance, Everything Will Be Fine to its upcoming holiday show, The Naughty List, and its early-days transformation of its live production of Lucy Kirkwood’s The Children into a streaming show (to my mind, still one of the finest streaming shows a North Texas company has offered). Missing is the Undermain Theatre effort, St. Nicholas, which had previously received acclaim from The Wall Street Journal.

Vincentelli does recognize that, unfortunately, none of these productions is covering its costs. She quotes Stage West artistic director Dana Schultes about all the cameras and tech equipment such shows have required: “We’ve got to be able to pay for these programs, and everything costs a lot more than most people imagine.”

But Vincentelli also points to the way North Texas fundraisers have stepped up, notably The Arts Community Alliance (TACA), which established an emergency fund that ended up distributing $705,000 to area arts groups. (There have been smaller, fast-response efforts in Fort Worth as well.) And for its part, the Dallas Theater Center is one of the largest resident professional companies in the country that has not laid off staff. And because of extra donations, it was even able to offer 35 weeks of employment and insurance to the nine members of its acting company.