Editor’s note: As the pandemic continues, KERA and The Dallas Morning News are collaborating to document its impact on North Texas’ arts and culture scene. The News’ Julianna Morano talks to three Dallas artists about how their work has evolved since COVID hit. This is the first in these series.

More than 18 months into the COVID-19 pandemic, some artists have realized that their work has changed for good.

That’s not entirely a bad thing.

For three local artists, shutdowns and virtual events have meant a loss of connection. At the same time, they say they’ve found new clarity in their purpose as artists and performers.

And each has discovered ways to continue bringing light and joy into the world.

This story focuses on Sydney Plant, a Dallas improv comedian and storyteller. After the pandemic suspended the live shows that she considered her life’s work, she recognized that creativity is her form of self-care. So she found a new source for expression. 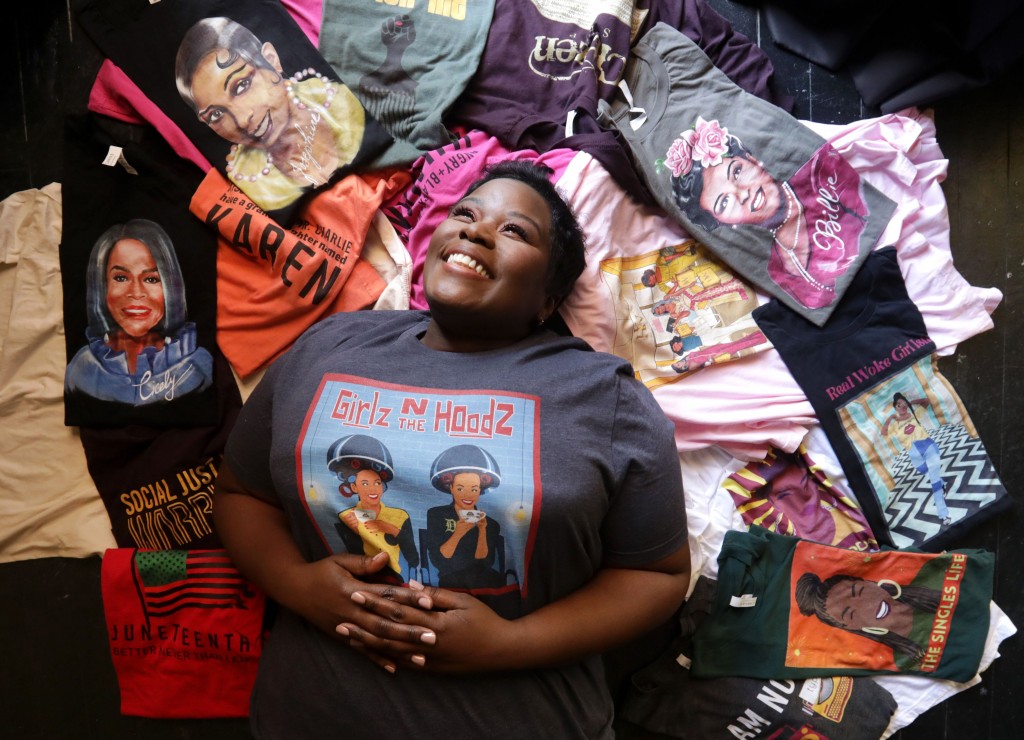 How the shutdown took Plant’s joy

Women of Candor, her live show spotlighting the stories of African American women, was off to an energizing start. She had several additional shows lined up at Dallas’ Stomping Ground Comedy Theater, and enough material for a spin-off podcast.

Then COVID-19 hit, and she watched as venues all around Texas and the nation shuttered.

She began working her day job as an executive director at a hospital from home. And she could no longer coach and rehearse with the women from her show who, mere weeks earlier, would run backstage to laugh or cry with her at the end of a moving performance.

“Women of Candor was born out of following the word joy,” Plant says. “In many ways, by losing Women of Candor due to the pandemic, it took my joy from me.”

Creativity is what keeps Plant, 46, going. She describes it as her “self-care” regimen. So she turned to a new outlet to continue uplifting Black women’s voices: a T-shirt line.

Her online store is called BlackWomenUnlimited.Shop, where she sells an array of graphic tees. The shirts range from empowering to satirical. 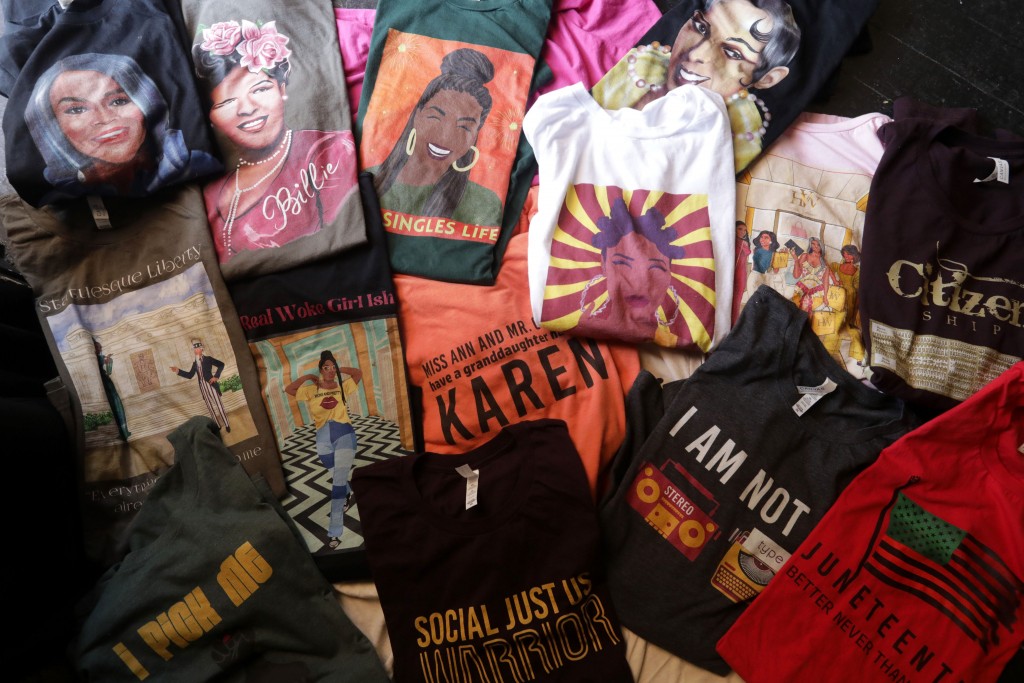 Sydney Plant’s T-shirt lines include “From the Culture” and “Emancipation” collections. (Jason Janik/Special Contributor to The Dallas Morning News)

One from the line’s “Emancipation” collection reads “Citizen Ship” and is paired with the image of a slave ship, commenting on Black Americans’ fraught history of becoming citizens through slavery.

Another — in the “From the Culture” collection — is a “wink and a nod” at the movie poster and title of Boyz N the Hood. The “Girlz N the Hoodz” shirt shows two Black women sitting under hair dryers at a salon.

“We talk a lot about the Black male barber shop, but the hair salon and the hairdresser [are] also part of that world,” Plant says. 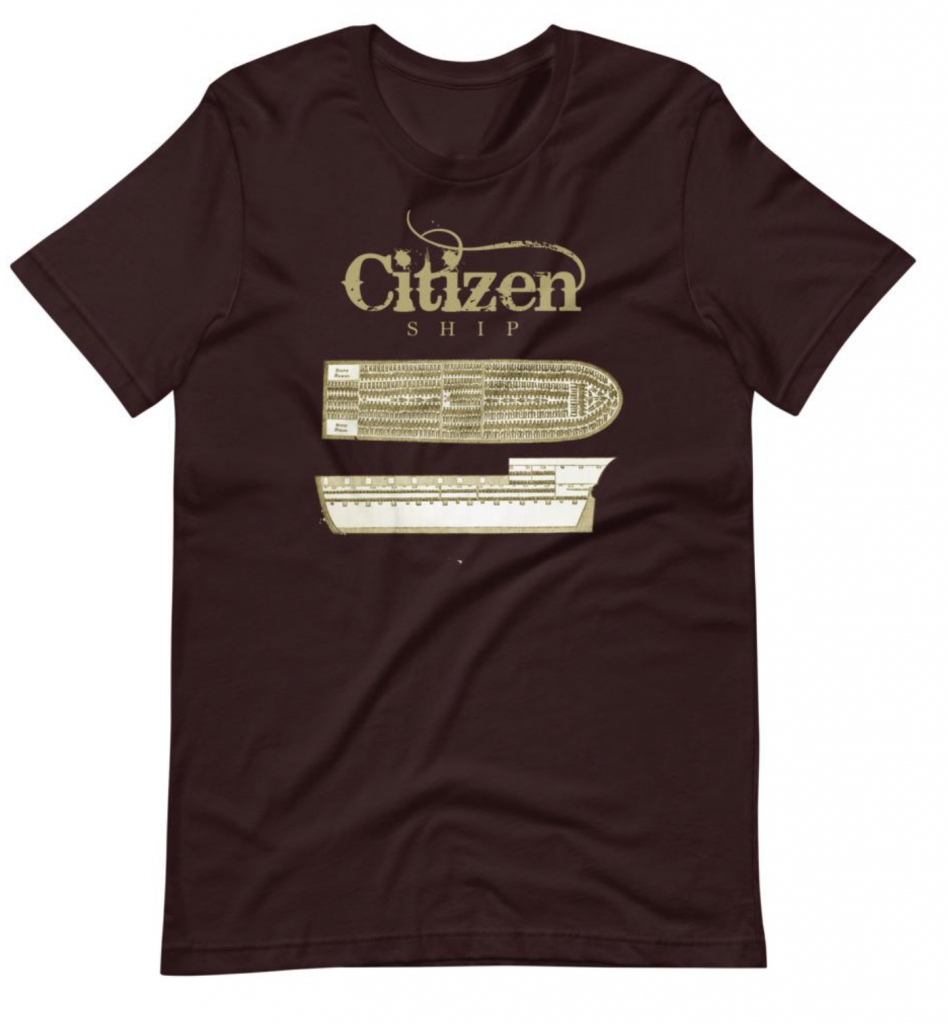 All of the T-shirts amplify Black women’s voices in a way that’s “not filtered for anyone else” — channeling the spirit of Plant’s Women of Candor shows.

Plant is focusing on her T-shirts until she can return to live shows. She’s hoping to start another spin-off podcast, as she intends the shirts to be conversation-starters. She hopes the podcast will be a platform to have those conversations with people who engage with her shirts.

“If we run out of cotton [and] we can’t do shirts anymore, I’ll reinvent to honor the voices and the legacy and the futures of Black women,” Plant says. “My mission is always going to be the same.”

Julianna Morano had a summer internship at The Dallas Morning News. A version of Sydney Plant’s interview produced by freelancer Jeff Whittington aired on KERA-FM (90.1). This story also appears on dallasnews.com.