Skip Navigation
Home > ArtandSeek.net > Pick Up Some Plant Based Cooking Tips With These Black Vegan Chefs

The Dallas Public Library is cooking up a series centering on three local vegan chefs for Black History Month.

For the next three Saturdays, these chefs will present a live-streamed interview and a cooking demonstration. Each will take questions from the audience. 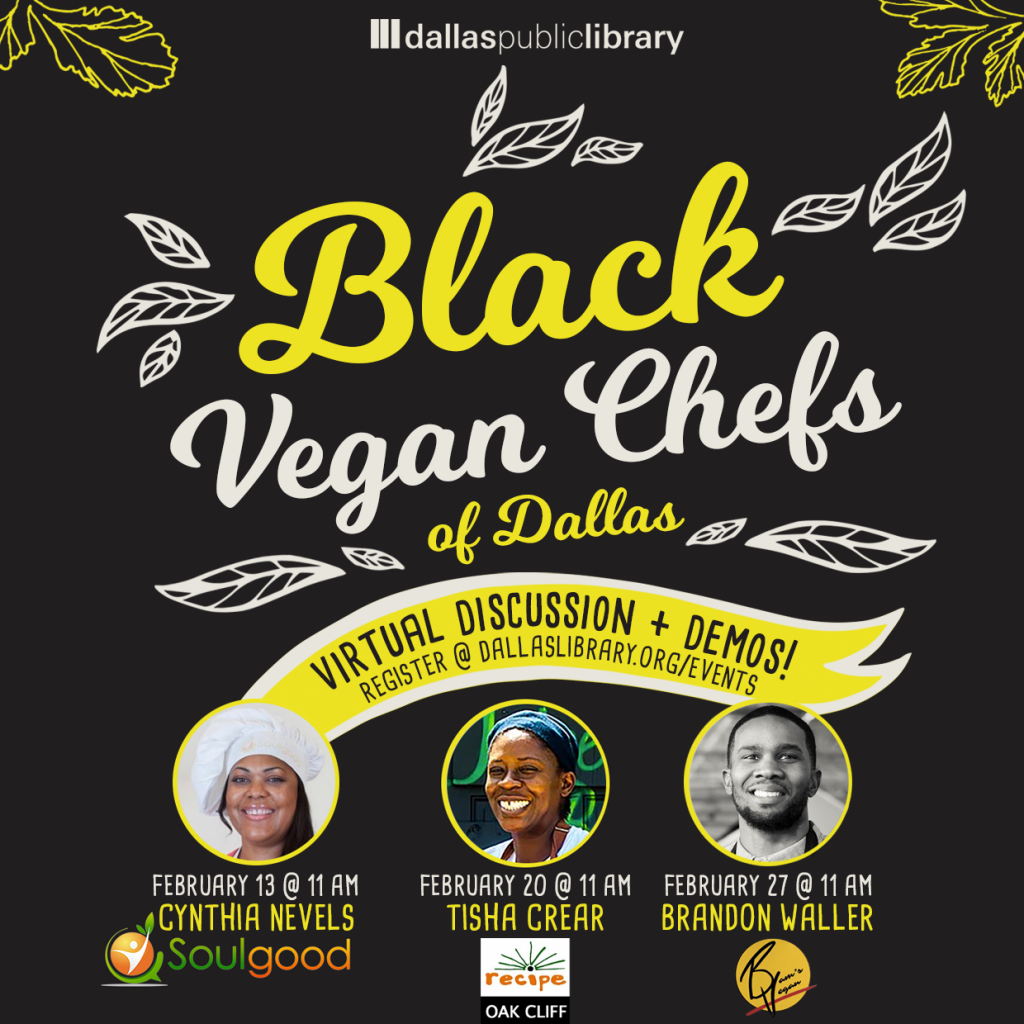 Feb. 13: Chef Cynthia Nevels of Soulgood begins the series on Zoom and the library’s Facebook page. In 2012, Nevels launched Soulgood, a food truck and now restaurant. She was inspired to cook plant-based food for her youngest son, Tyler. He passed away from cystic fibrosis in 2015. Her mission “is to save the planet, animals and people — one plate at a time.”

Feb. 20: Tisha Crear of Recipe Oak Cliff offers a pre-recorded cooking video followed by a live Q&A. Recipe, located in south Oak Cliff, opened in 2017 and is dedicated to addressing food insecurity issues in the neighborhood. It’s known for its juices and wellness shots.

Feb. 27: Brandon Waller of Bam’s Vegan finishes up the series with a live cooking demonstration and Q&A. Bam’s is known for its smoothies and wraps (and other yummy vegan foods). The restaurant got its start in 2018 at the Dallas Farmers Market. Bam’s Vegan is currently located at 2301 N O’Connor Road in Irving.

Registration is free and open for all events.