FORT WORTH, TEXAS (Feb. 9, 2021) — Fort Worth Symphony Orchestra President and CEO Dr. Keith Cerny and Board Chair Mercedes T. Bass today announced the appointment of conductor Robert Spano as the orchestra’s next Music Director. His initial three-year term will begin with the 2022–23 season. Having worked with the orchestra as Principal Guest Conductor since 2019, Robert Spano will become Music Director Designate on April 1, 2021, and will serve in this capacity until assuming the title of Music Director on Aug. 1, 2022.

Dr. Cerny said: “It is an exciting day for the FWSO to welcome Robert Spano as our next Music Director. I know that he will build on the outstanding legacy of our previous Music Director, Miguel Harth-Bedoya, and lead the orchestra to even greater musical acclaim. On a personal note, I am greatly looking forward to working with Maestro Spano to support his musical vision, and to further develop the FWSO’s reputation on the national and international stage.

“I am also proud that the Fort Worth Symphony Orchestra has remained financially healthy during these trying times and has continued to bring live music to audiences safely throughout the COVID-19 pandemic, putting us in the forefront of American orchestras.” 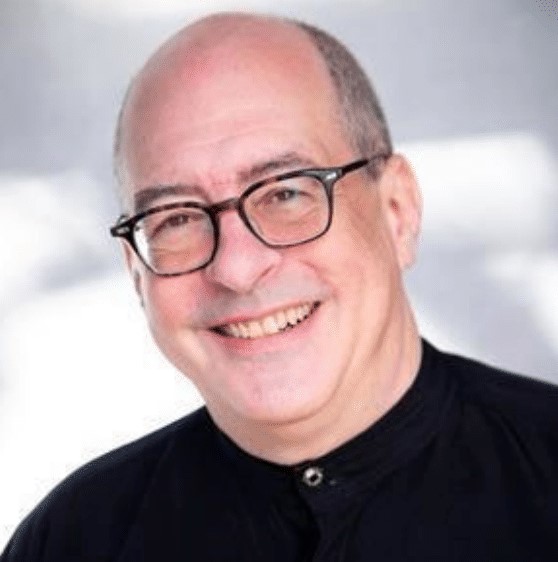 Ms. Bass said: “We are beyond thrilled to have Maestro Spano join the FWSO as the Music Director and Conductor. I have long admired his brilliant work with the Aspen Music Festival and School, and I am confident that under Maestro Spano’s baton, the FWSO will reach ever higher levels of musicianship. This is a dream come true for me and I know the community of Fort Worth will welcome him with open arms. He is gentle and kind as well as a very interesting and fun person. We are extremely lucky to have him as part of the
Fort Worth community and FWSO family.”

Robert Spano will be the tenth Music Director in the history of the Fort Worth Symphony Orchestra, which was founded in 1912. In addition to conducting six out of the orchestra’s ten symphonic programs per season, he will be responsible for overseeing the orchestra and music staff; working closely with Dr. Cerny to shape the artistic direction of the orchestra and drive its continued growth; and serving as an ambassador for the orchestra and classical music in the Fort Worth community. Maestro Spano will soon relocate to Fort Worth and be on the ground working with the orchestra throughout his time as Music Director Designate. Among the responsibilities he will fulfill during this period are planning future seasons, overseeing orchestral auditions, and conducting two symphonic programs during the 2021–22 season.

Robert Spano said: “I am thrilled to be joining the Fort Worth Symphony Orchestra and looking forward to getting better acquainted with the vibrant culture of this remarkable city. Every facet of the orchestra is clearly committed to its success—the management team, the supporters, the audience, and certainly the marvelous musicians who make up the
orchestra itself. I look forward with tremendous excitement to our concerts next season, and to creating an inspirational 2022–23 season, which will be our first complete season together.”

Among the many strengths that Maestro Spano brings to the FWSO is his gift for innovative programming, which—says The New York Times—is characterized by “an engaging reciprocity between the old and the new, the familiar and the fresh.” He is an ardent and adventurous advocate for contemporary music, particularly by American composers. In 2018, he made his widely acclaimed Metropolitan Opera debut leading the world-premiere production of Nico Muhly’s second opera, Marnie. Additional world premieres in recent seasons include works by American composers Bryce Dessner, Jennifer Higdon, and George Tsontakis, among many others.

This season, he concludes his celebrated, two-decade tenure as Music Director of the Atlanta Symphony Orchestra (2001–21), which he transformed “into a world-class ensemble and an incubator for new American music” (NPR). Highlights of his tenure include the creation of The Atlanta School of Composers, championing the work of contemporary classical composers including Michael Gandolfi, Osvaldo Golijov, Jennifer Higdon, Christopher Theofanidis, and Adam Schoenberg, as well as six Grammy Award-winning recordings, numerous commissions, and tour performances at Carnegie Hall, Lincoln Center, and the Ravinia, Ojai, and Savannah Music Festivals. He is one of two classical musicians inducted in the Georgia Hall of Fame.

Since 2011, Robert Spano has also served as Music Director of the Aspen Music Festival and School. In this capacity he oversees the programming of more than 300 events and educational programs for 630 students and young performers. His tenure in Aspen remains ongoing. Born in Elkhart, Indiana, Robert Spano studied at the Oberlin Conservatory, where he is now on faculty, and at the Curtis Institute of Music. He went on to serve as an Assistant Conductor at the Boston Symphony Orchestra under Seiji Ozawa, then spent several years as a highly active guest conductor around the world. In 1996, he began his first music directorship, with the Brooklyn Philharmonic. Over the course of his eight-year tenure, he “turned the Brooklyn Philharmonic from a respected ensemble in an outer borough into an essential contributor to the cultural life of greater New York” (The New York Times).

Robert Spano was appointed Principal Guest Conductor of the FWSO on March 15, 2019. He and the orchestra quickly developed a rapport, discovering a shared musical sensibility and
desire to continue deepening their artistic connection.

Principal keyboardist Buddy Bray, who serves as Chair of the Orchestra Committee, said: “The musicians of the FWSO are delighted to welcome Robert Spano as the next Music Director of the orchestra. We’ve enjoyed the working relationship we already have with Maestro Spano, and we look forward to a new phase of growth under his leadership.” Robert Spano most recently led the FWSO last month, Jan. 8–10, at Will Rogers Memorial Auditorium, the orchestra’s temporary home during the pandemic. In contrast to the vast majority of American orchestras, the FWSO was able to continue performing for live audiences despite the coronavirus outbreak in March 2020. With Bass Hall unable to accommodate patrons safely, the orchestra transitioned to performances at the larger Will Rogers Memorial Auditorium, where effective social distancing can be practiced for reduced-size ensembles and audiences. Maestro Spano’s January performances featured a chamber contingent of the orchestra performing for audiences of approximately 450 people. The program comprised Jennifer Higdon’s “Celestial Blue” from Dance Card, Prokofiev’s Violin Concerto No. 2 featuring Stefan Jackiw, and Dvorák’s Serenade in E major.

During his 16 months as Music Director Designate, Robert Spano will be closely involved in the orchestra’s efforts to transition back to pre-pandemic music-making, if health and safety
guidelines permit. Among the many aspects of the live concert experience that are unique to the present circumstances are social distancing in the audience and on stage, temperature screening, mandatory masks in the audience and—where feasible—on stage, comprehensive testing, and contact tracing. The FWSO has conducted more than 1,200 COVID-19 tests of musicians, administrative staff, and venue personnel, with a less than 1% positive rate.

By successfully innovating its business model to reopen safely for live audiences, the FWSO has been able to continue paying its musicians and staff in full during the ongoing pandemic. The new approach has required an exceptional level of collaboration with the musicians and the local and national unions to design and ratify safety plans. The implementation of this business model has been made possible by generous support from Mercedes T. Bass, the Kleinheinz Family Foundation for the Arts and Education, and Ed Schollmaier, in memory of Rae Schollmaier.