The cotton fields are restless with farmworkers, and the tireless heat of South Texas bears down on each of them. It’s suffocating and oppressive, but for an 8-year-old migrant worker in Teatro Dallas’ new original radio-theatre style podcast, the small moments of driving through el barrio or inventing games during lunchtime are glimmers of fun.

Visit the Teatro Dallas website to listen to “Pizcas,” streaming throughout May.

Teatro Dallas’ Executive Director Sara Cardona says their current presentation, a podcast called “Pizcas,” celebrates migrant farmworkers around the world. The story is told from the point of view of a young laborer in the fields of South Texas.

The narrator recounts many of the stories she heard as a child — like listening to las comadres gossiping and the stories los hombres told of their fabricated adventures. There’s the story of Juan Cortinas, who supposedly went to Chicago and almost killed Al Capone.

Those summers were not spent at Disneyland or Six Flags or any of the cool spots a lot of kids talked about when their teachers asked about their summer vacations. No, the young migrant worker picked cotton.

“When I told them I had picked cotton, I remember that they just bust out laughing, making fun of me,” the narrator says. “You know the way kids do. Like a fool, I’d laugh along with them. And deep inside my heart was breaking.”

“Pizcas” speaks to the culture of South Texas, from the burning heat to memorable stories, to the music heard in many Latino communities. It was written by Margarito Rodriguez, directed and arranged by Cora Cardona, conceived and narrated by Elena Hurst with original music by Armando Monsivais and Michael Gomez, and audio edited by Room Four Studios.

What is coming up next for Teatro Dallas? 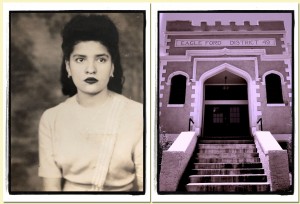 Earlier, Teatro Dallas commissioned an original play by playwright Bernardo Mazon Daher. The theater’s artistic staff and the resident playwright spent the summer of 2019 conducting research and recording oral histories from the remaining generations of workers and families who once lived in the neighborhood known as Cemento Grande, an unincorporated company town for the Trinity Portland Cement Company, located in West Dallas. These were compiled by videographer Richard Bailey. “Cement City” was scheduled to premiere in March at the Latino Cultural Center. Cardona says Teatro is committed to premiering “Cement City” in the future when circumstances improve for a large-scale production.

Right now, Teatro Dallas is excited to present “Faces of Cement City,” a 10-minute documentary based on their research. The documentary will stream for free on Teatro Dallas’ website beginning June 1, and run through the entire month of June.

“We invite everyone to come and find out more about it – the story of West Dallas and the community that built this city through working in the cement factories,” says Cardona.