In the 1980s, the Go-Go’s were one of those bright spots where punk met pop music to become new wave – but new wave with a dancing, decidedly girl-power energy: The Go-Go’s were the first all-female band playing their own instruments, their own songs – whose album, “Beauty and the Beat,” hit number one. But by 1985, the group broke up bitterly, and their Texas bass player, Kathy Valentine, found her professional and personal life out of control. KERA’s Jerome Weeks talked with Valentine about her new memoir, “All I Ever Wanted.” 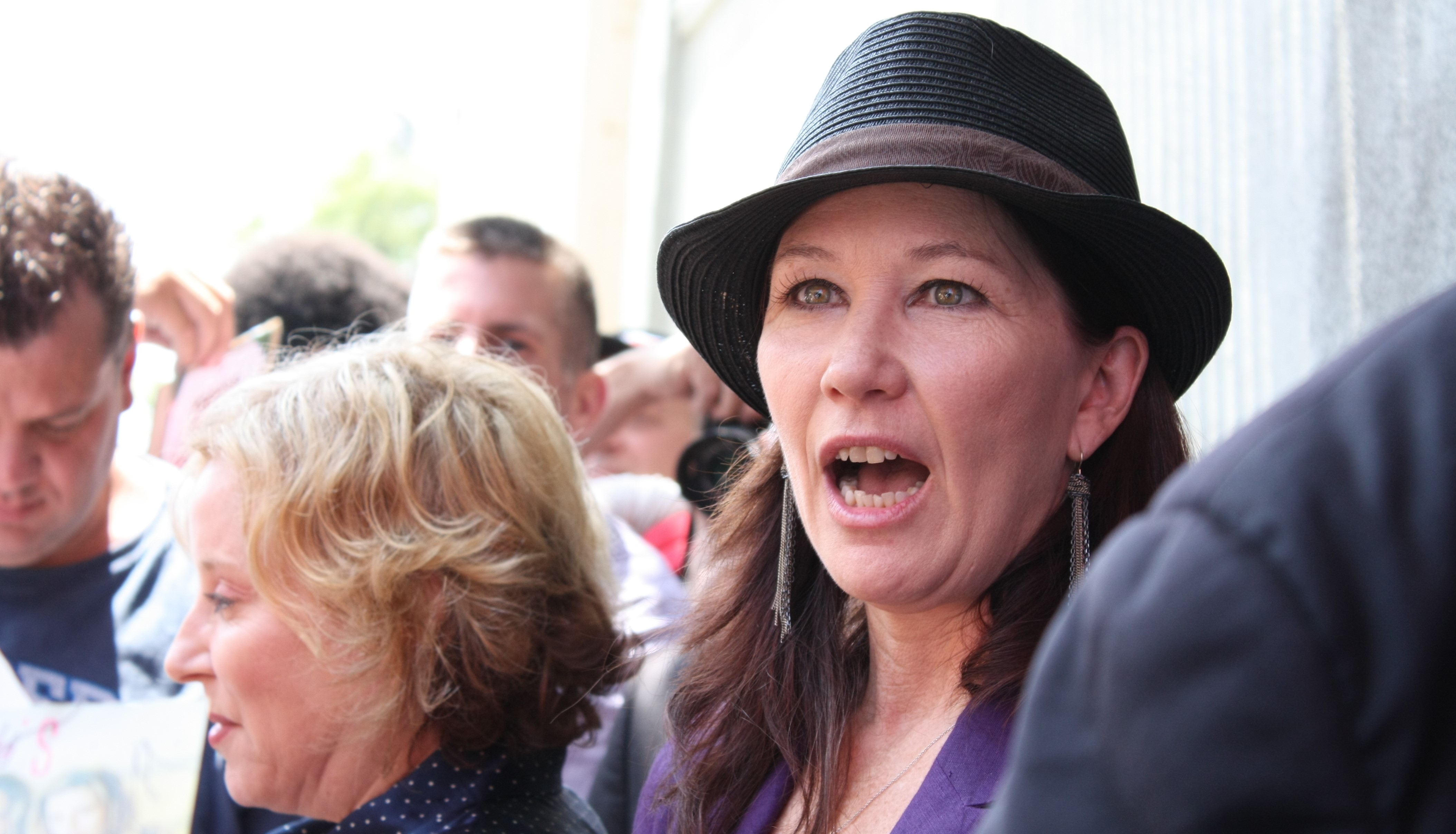 Kate Valentine in 2011 at the unveiling of the Go-Go’s star on the Hollywood Walk of Fame.

The Go-Gos continue to tour and perform together. But in 1985, the group fell apart bitterly — after you’d been a big, bright, bouncy pop-punk success. So it’s 35 years later, why now? What prompted you to write “All I Ever Wanted”?

Well, a couple of factors. Number one: By a fluke of events, I got a deal with UTPress, and so when you have a book deal, you’d be crazy not to write the book. So that’s part of it. But also I think that I had some confidence in my ability as a writer.

And there’s one other element, if I can just jump into that. I think that I was at a time in my life where I felt like I could really be open and vulnerable whereas most of my life, I was trying to be – not so open. 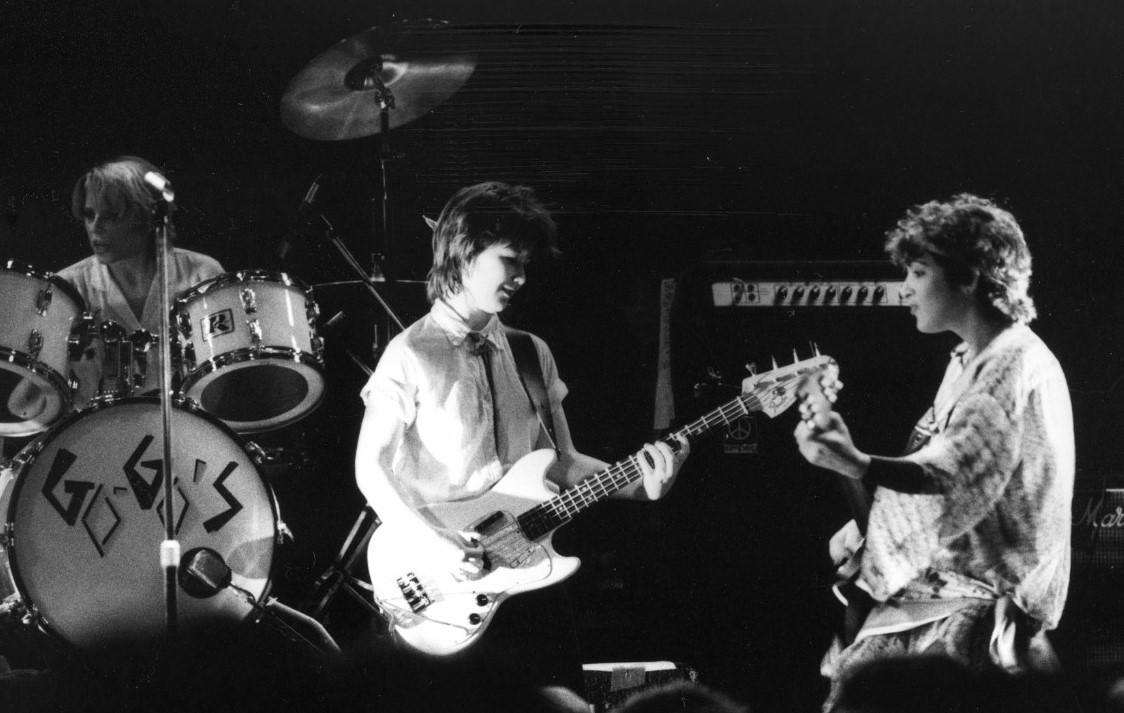 Early 1981 performance at the Whisky in LA with Gina Schock on drums, Kathy Valentine on bass and Jane Wiedlin on rhythm guitar. Photo: Catherine Sebastian.

Well, speaking about that — rock ‘n’ roll memoirs often start with the author as a loner, an outsider. But your adolescence was – alarming. An abortion at age 12, a few years later, doing lines of coke with your mom. And then the start of your drinking. What did all of that – so early – leave you with?

Well, I think that I had a very strong sense that I had to take care of myself. And everything that happened to me as a success or as a failure was about me taking care of me. I did feel loved, but I didn’t feel guided, I did not feel parented, and I just always felt it was my job to take care of me. 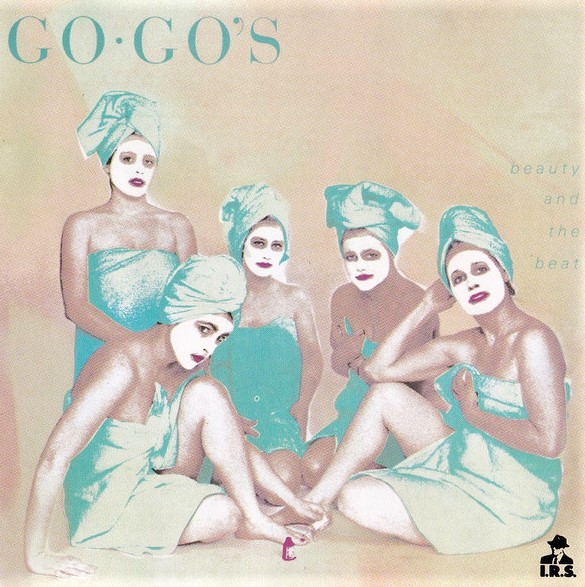 The famous ‘cold cream’ cover of “Beauty and the Beat” from 1982. The album eventually went double platinum. Photo: George DuBose.

But in your teens, you also discovered the guitar, you loved playing music especially with a band. It gave your life meaning. But that also meant, when the Go-Go’s broke up, you found how little there was in your life to hang on to.

It’s complicated because music was really in my fibers. I’ve been in a band for 45 years. You don’t do that [chuckles] unless you’re getting something really special out of it. But I also felt like being in a band would take me so far from the pain and the trouble of my adolescence, it would give me the family I craved. It would give me the sense that I mattered and that I was doing something of value.

I had always wanted that. And music was how I thought I could do it. 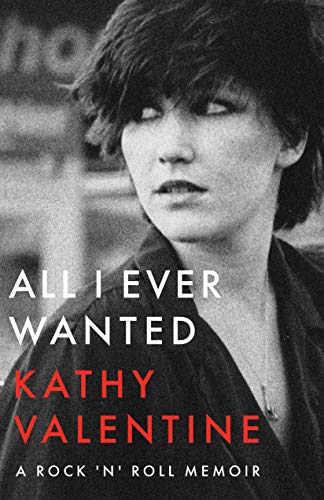 The Go-Go’s were – and still are – the only all-female band to play all their instruments, write their own songs and have a number one album. But you argue that, partly because of sexism, you never got the respect you deserved as a live act. You rocked harder than the happy party image the music industry gave you.

I think, um, they found a novelty in the fact that we were all females. I think a lot of people just hadn’t seen that before. So I think for many people, it just – the novelty aspect was just something they couldn’t let go of.

There’s something striking about your memoir. The audiobook version of “All I Ever Wanted” has a whole new raft of songs by you. So a person who buys the audiobook gets your memoir and your new solo album.

Exactly. It is very much a solo album, but I wrote it really as a soundtrack, which meant that I could use all the tricks of the trade as a songwriter that I know very well. But literally, I could sit down and do whatever I wanted. Yet at the same time, I could implement all the great stuff that makes a song listenable. 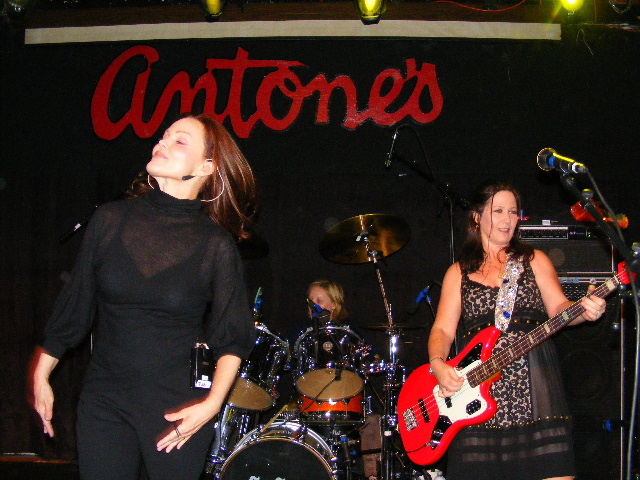 The Go-Go’s reunion tour took them to Antone’s in Austin in 2008. Photo: Wikimedia

Excerpt from the audiobook version of Kathy Valentine’s “All I Ever Wanted”: