Two hundred Dallasites from across the city will share the stage with professional actors in Dallas Theater Center’s production of “The Tempest” at the Wyly Theatre. The show is part of a project called Public Works Dallas.

Dallas Public Works’ presentation of The Tempest premieres this weekend.
Want to know about one artist teaching these first-timers? Check out the Artist Spotlight on Ivan Jasso.

This week in State of the Arts – Art&Seek’s weekly look at what’s making news in the North Texas arts scene – we delve into this experiment. 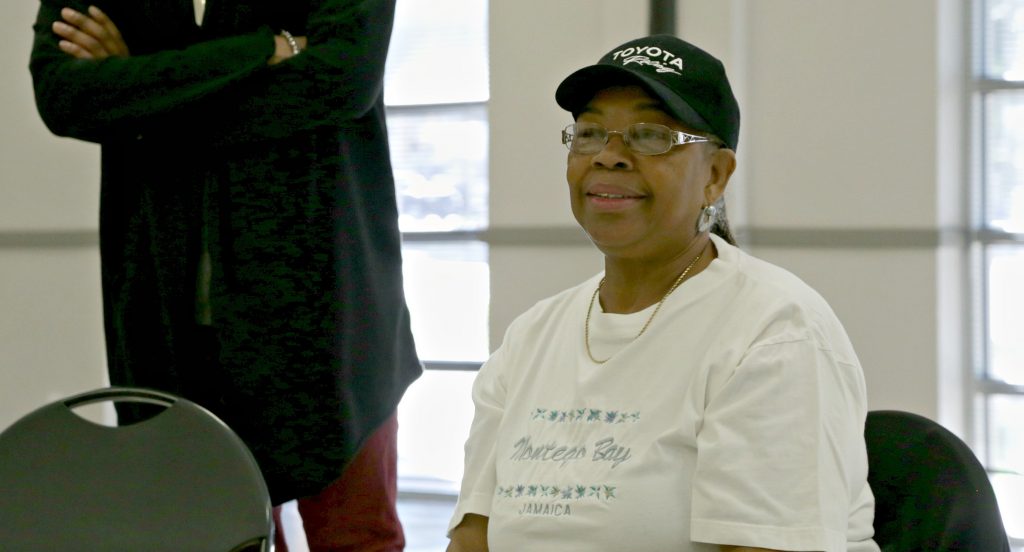 Igenell Moten – better known as Ms. Nell – is pursuing her dream to be an actress.
Photo: Hady Mawajdeh

“After I retired I just started crocheting and doing all sorts of things,” says Ms. Nell.  ” I like playing dominoes every day, enjoying field trips and going to plays. And going to the casino, of course.”

Ms. Nell was a medical assistant in Dallas for many years and liked her work. But she did  have another dream.

“I’ve always wanted to be an actress,” say Ms. Nell. “From a young age. Yes! But I never got the chance to even do any type of acting cause back in my day, when we were going to school, they didn’t have acting classes.”

Today, Ms. Nell finally has that chance. She’s at an Intro to Acting class for senior citizens at the Beckley-Saner Recreation Center in South Dallas. Liz Mikel, a Dallas Theater Center actress, teaches the class.

The class is part of a new initiative called Public Works Dallas.

Public Works Dallas trains hundreds of regular folk, then puts them on stage with professional actors for a massive Shakespeare production. It’s modeled on a similar project in New York City, run there by The Public Theater.  Dallas is the first city to try to replicate it. Next year, Seattle and Chicago will join in.

“The goal of Public Works is not to create a new generation of professional full-time artists,” says the DTC’s artistic director Kevin Moriarty. “Our goal is to allow people inside of their lives to be able to have art be a meaningful part of their life.”

To pull this off, Public Works Dallas partnered with five community centers to offer acting classes. Each center focused on reaching different groups – like senior citizens or folks seeking literacy training. Moriarty cast 100 people from these acting classes to perform in “The Tempest.” Another 100 people from choirs, bands and performing groups around town will also be featured in the show.

“I think in the arts community, we may be too focused on training skilled technicians and less focused on fully opening our doors to welcome everyone in,” says Moriarty.

Moriarty hopes this project changes that thinking. Martha Rodriguez just hopes it helps the families she serves. She’s program manager at Bachman Lake Together Family Center. The acting classes there are set up for Spanish-speaking parents and their English-speaking children.

“They wanted more exposure to arts and culture, so this was a perfect fit because we can offer workshops for families to be engaged in theater,” says Rodriguez 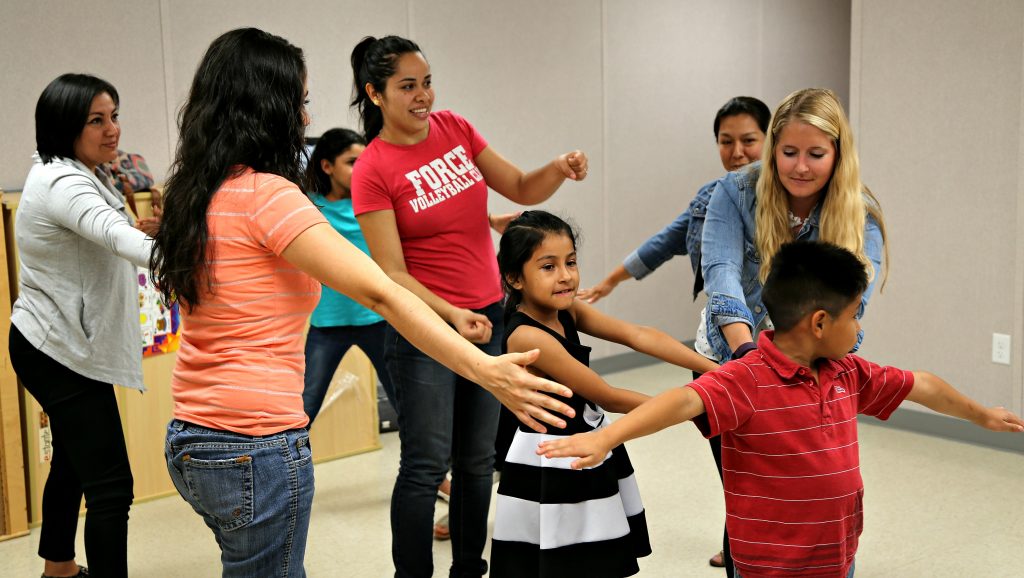 Family members of all ages worked on communicating with their bodies at Public Works Dallas’ theater workshops at Bachman Lake Together Family Center. Photo: Hady Mawajdeh

Engaging people with theater in their neighborhood before inviting them to perform in the theater downtown serves another purpose, Moriarty says. The city’s arts district was built to foster the arts, but some people perceive it as imposing or unwelcoming.

“Public Works Dallas sets out to assault those notions and create a radically inclusive space for art,” says Moriarty.

Normally, pyrotechnics, special effects and expensive staging create the air of magic The Tempest requires. Moriarty says pairing amateur actors as young as six and as old as 95 with professionals will create this production’s magic.

“That notion that the stage can be a showcase for our community and a shared space for everyone to come together, that’s at the heart at what we’re doing with “The Tempest,” says Moriarty.

Back at the Beckly-Saner Recreation Center, Ms. Nell says making new friends has been one of the best parts of the project for her.

“I just love people. I’ll put it like that. I just love to be around to be able to help people,” says Ms. Nell.

Fulfilling the dream of becoming an actress? That’s exciting too.