Barbara McCraw’s quilts win national prizes and are collected by museums. She’s made more than 100. So it’s a little surprising she can easily point to her favorite. It’s called “Family Reunion” and it took two-and-a-half years of near-daily work to create it. Each block is a story about someone or something McCraw cherishes, from the six roses representing her brothers and sisters to her beloved great pyrenees – and of course, a sewing machine. The quilt explores her heritage: cotton choppers stand in for her female ancestors – and all working women. And it celebrates her long marriage, her sons and grand daughter.

For State of the Arts this week, I chatted with the Denton quilter about stitching her family’s history into a masterwork. You can click above to listen to the interview that aired on KERA FM. Or read a longer version below:

What inspired you to make this quilt, ‘Family Reunion’?

Life Stories Told Through Quilts: The Quilts of Barbara McCraw is on at Patterson Appleton Arts Center through Feb. 15. McCraw’s quilt “The Entertainer” will be raffled this weekend at Denton Black Film Festival.

And I felt like this was such a gift. I could see my great grandparents, who I had learned about on ancestry.com. And I could see them in the foreground with the plantation that they were married at, with the slave quarters in the back, and just the way I imagined it would look like. I even put the broom up underneath their feet for jumping the broom.

But I did find documentation also that they were married at the Oakdale Plantation, and that she was a mulatto slave of the owner of that plantation, and [my great grandfather] had to pay, or promise to pay, $100 for her. Which, of course, he didn’t have. But there’s a name on this document, a Mr. William Campbell, that’s supposedly vouching for him. And so, after I saw that vision, I just said, ‘Okay, it’s time to make my quilt.’” 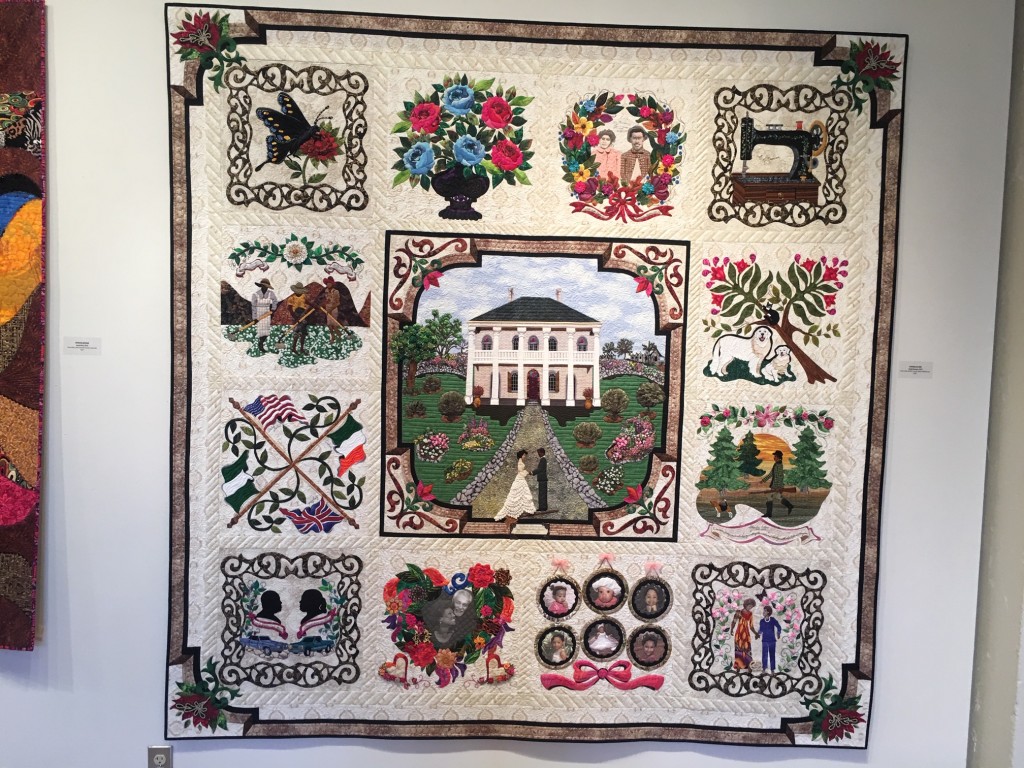 So, this quilt-making process really started you off on a path to learn more about your family history.

Absolutely, I’ve been quilting for a number of years, but it was mostly mainstream quilting and teaching ladies who are wanting to improve their skill set. And as I’d gotten more into my history, my heritage, my quilting started leaning into that direction and it sort of took off.

Can you give me an example of how you got to know your family better during this project.

Well, again, almost at the same time I was working with ancestry.com. And every morning, I’d spend a couple of hours there before going to the sewing machine and making the quilt. I was also able to find out more about my dad, which is something I didn’t know very much about.

He was a very quiet man. He was very solemn. And because the rest of my family were so boisterous and noisy, he was always kind of swept into the background, and I was always swept over into that corner with him because I was very quiet and I sort of lived in my head a lot. 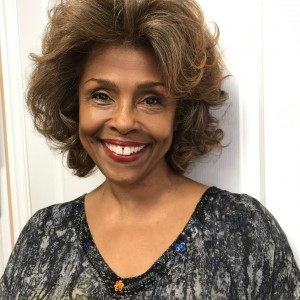 Because he wasn’t what I felt [he  should be], the dad that I had seen on television- you know, put his hand on your shoulder and talk to you about things and explain things to you-I resented him.

But when I started doing this research, I found out his upbringing was so, so bad. And he struggled. And that he didn’t have the means with education or job. His family- they were almost starving. His father left when he was just a boy; he was 8 years old. He had a sick mother and two sisters, so he felt that he had to support them.

But it was making that quilt block- I thought about my dad, and how he loved to  hunt. And so I knew that’s the way I wanted to portray him on this quilt. And so, while I was stitching his jacket and his hat and his beagle hound and all of the things that are on that block, I started crying one day. And I started saying, ‘Daddy, I’m so sorry. I’m sorry that I didn’t understand you better, and that I didn’t realize how hard you had it and that you were the best that you could be.’ And that was the best for me, because you didn’t leave us, you stayed with us, which is something his dad didn’t do. 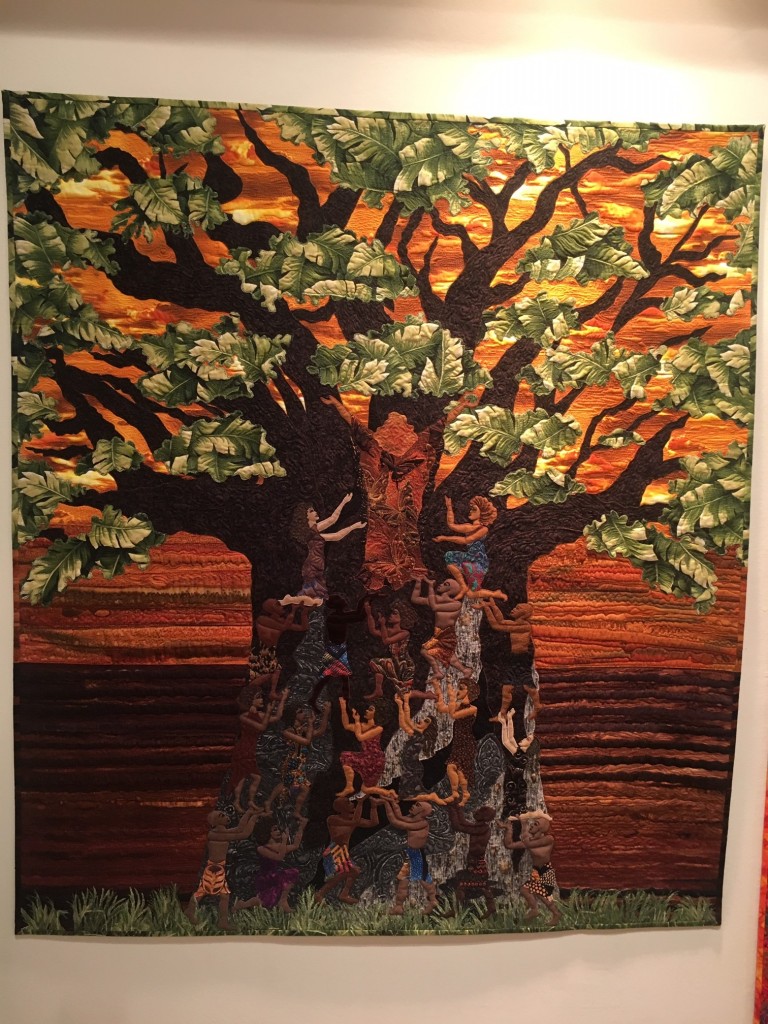 “The Gratitude Tree,” by Barbara McCraw, quilted by Elizabeth Kruger.

You wrote that, making this particular block of the quilt,  you found yourself talking to your dad more while you were making that than you probably did growing up, the whole time you were living with him.”

You’re absolutely right, yes. And it was a wonderful cathartic feeling, because I felt like we were okay. I felt that he knew that I loved him and forgave him and I hope that he forgave me. I knew that he loved me. And so ever since then, I didn’t have any of those negative feelings at all. It’s just all love, and that’s a wonderful feeling.

Speaking of love, one of the blocks of the quilt is about your marriage to your husband, Ernie. And you write that when you two first got together, both of your families were skeptical about your relationship, particularly because you were an interracial couple.

So how is that reflected in your, in this square?

This block represents so much of how I dearly love my husband. And it’s been a relationship that has only gotten better over the years. We’ve been married for over 40 years. And when we did get married, it was still illegal in 12 states on the records that interracial couples were not allowed to marry in those states. But we overcame a lot of things. I just think he’s the best man in the world. He’s been so good to me. But I do, I love him so much.”

Your quilts are collected in museums around the country. Does this one have any particular significance to you, or do you feel the same about each piece that you finish?

“Absolutely not. This quilt is special to me. Usually when I make a quilt, if it’s a commission quilt, I don’t develop those feelings toward it because I know that I’m not going to keep it. And then other quilts I make, it depends on what they’re for.  If it’s for an exhibit or if it’s for just a personal friend or something like that, they all have different feelings in my heart about them.

Well, it’s definitely number one. It was all hand stitched, first of all. So you spend a lot of time folding and making that fabric bend and shape to be what you want it to be. The vase of flowers block, each of those roses has 12 pieces in it, and then the vase has over 50 pieces in it. So you spend a lot of time on just that one block. And because it is such a personal quilt, it represents my pets, my brothers and sisters, mom and dad. And so it is, it’s the most special quilt that I own. 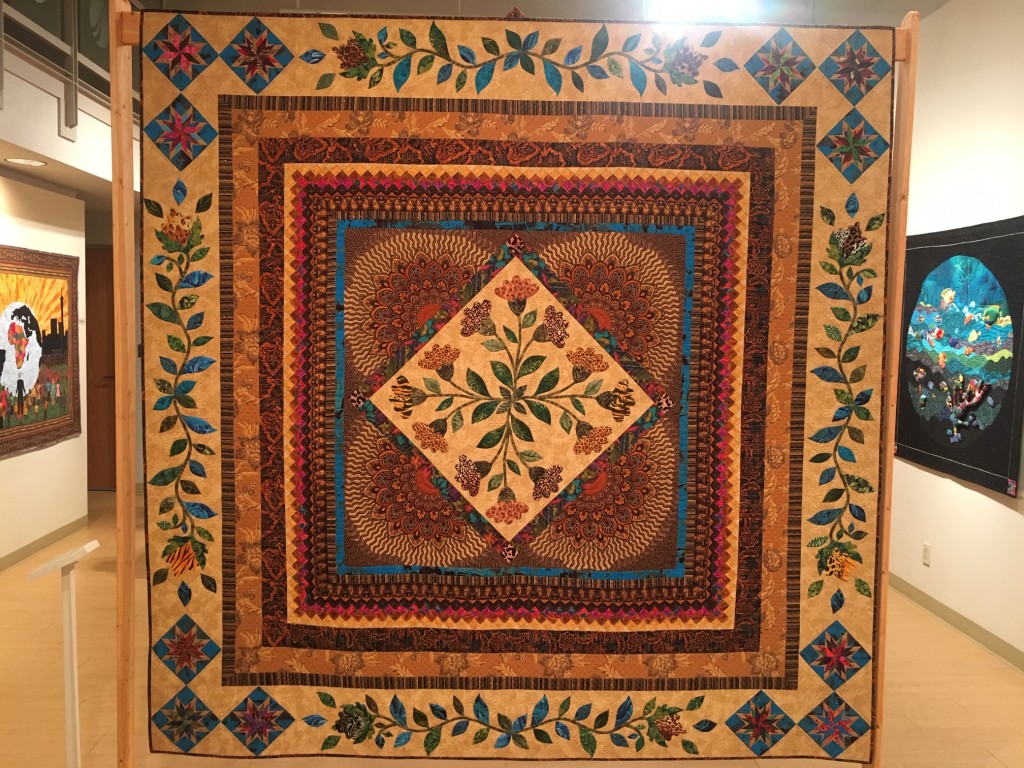 “Out of Africa” by Barbara McCraw; quilted by Jackie Brown.

Sewing and quilting are often skills that are handed down from mother to daughter. But you didn’t learn to sew from your mom, did you?

No I didn’t. I always had the bug; it was somewhere in the back of my mind. My mother, she didn’t have a sewing machine, didn’t know how to use one. But I did have occasion to start baby sitting for a lady next door when I got old enough. And, I don’t know, I think it was 50 cents an hour or something like that. But the first day I walked into her house and she was showing me around where the refrigerator and where the diapers and all of those things were, she took me into her den and she had a sewing machine. And, I tell you, it was almost like the heavens opened up and you know, it was like aaahh! And so when she was finished, I said, ‘Mrs. Anderson, if I babysit for you for free, would you teach me how to sew on the sewing machine? And she thought it was a really good deal. So, that was my first foray into sewing machines.

When did quilting come in?

I think it was the process of taking a scrap of fabric and adding on and adding on and embellishing, until you had something you could cover yourself up with or you could put on a bed. I think that’s what caught my original attention. And then when I found out I could turn it into artwork, well, that’s where I wanted to go.

You write on your quilts. Why do you do that?

Basically, first of all, this was something that was being done in the 1840s. The ladies did it so that when they had passed on,  their family would know who they were and what the year was. And so you could say, ‘Well, oh boy, that was in 1843. What was the world like at that time for them?’

And so I think it’s important for us to do that so that you don’t pick a quilt up in a flea market and there’s no writing on it and it doesn’t mean anything. But when you pick one up and it has a lady’s name on it; it’s a much more personal quilt, I think.

It’s a way of leaving your family history behind and preserving it.