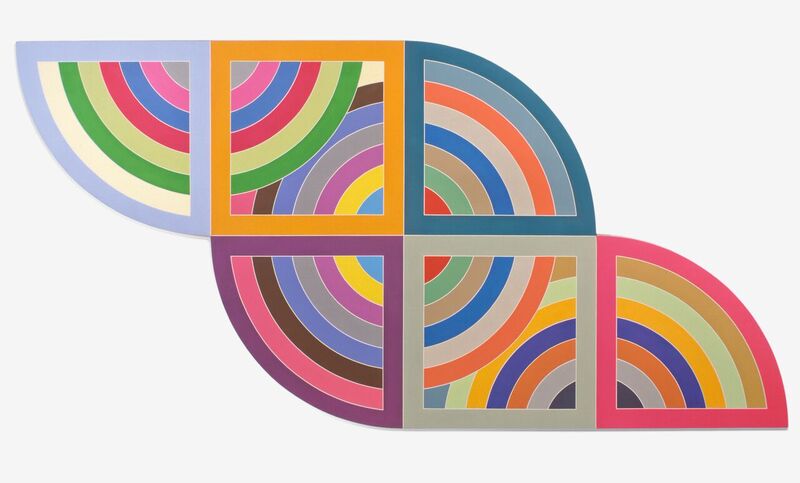 Although born outside of Boston, trained at Phillips Academy and Princeton, the seventy-nine-year-old Frank Stella is a casual kind of guy. He often wear a “Team Stella” sweatshirt — he used to race cars — and his hair is tousled (one critic commented “Looks like he doesn’t own a comb”).

‘Frank Stella: A Retrospective’ through September 18 at the Fort Worth Museum of Modern Art

Stella speaks in a soft, Godfather-like rasp. When he lectures or speaks in interviews, many of his remarks are humorous asides (think Groucho Marx), or gentle disagreements with the curator/interviewer’s explanations of his work. It’s been said he’s not an easy interview.

But the audience at his public appearance in Fort Worth this month loved it. Stella left them applauding and smiling at the Modern Art Museum where he is being honored through Sept. 18 with his third retrospective in his sixty-year career. 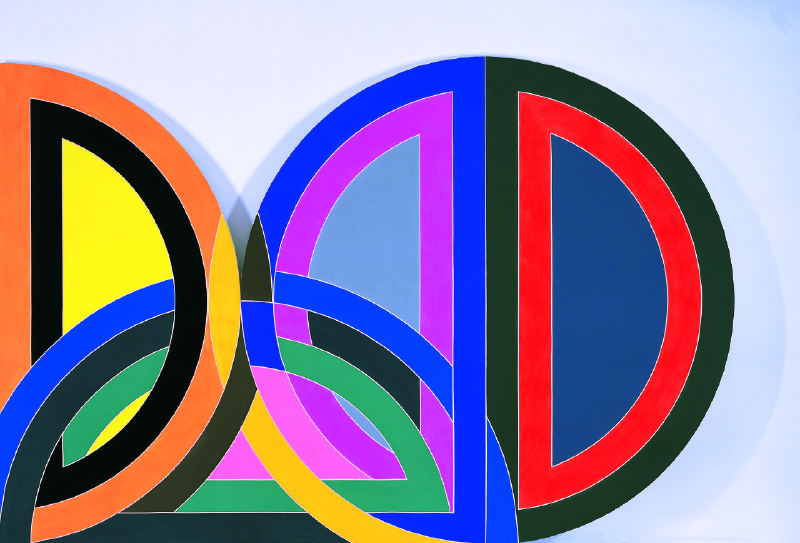 Curated and organized by Michael Auping, the Modern’s chief curator of contemporary art, the exhibition fills the Modern’s first-floor galleries with paintings and sculptures (although Stella adamantly calls them all paintings) — works which seem to fly off the wall. Actually, the walls had to be reconfigured, cut and moved to accommodate the size of the paintings/sculptures, many of which came in parts.

The show, which opened last fall at New York’s Whitney Museum, features approximately one hundred works, beginning with Stella’s early ‘Black Paintings,’ which prompted ridicule in 1959. Yet they kick-started his career and are today the most highly collectible and highly priced of his works. Ever frank and seemingly transparent, Stella shrugs off his early success as serendipitous. One night, disillusioned with a particular work, he painted over it entirely in black. He went to sleep and woke up to find that, in the morning, it looked pretty good.

But Stella’s longevity and recognition have certainly not been due to mere serendipity. He’s remained in the warm spotlight of collectors and the not-so-warm glare of critics because of his academic training, love of building things, his reading, traveling, questioning, commenting and confronting — he blasted MOMA in 2003 for not showing more abstract art and bemoaned the “grooming of artists” as entertainers. 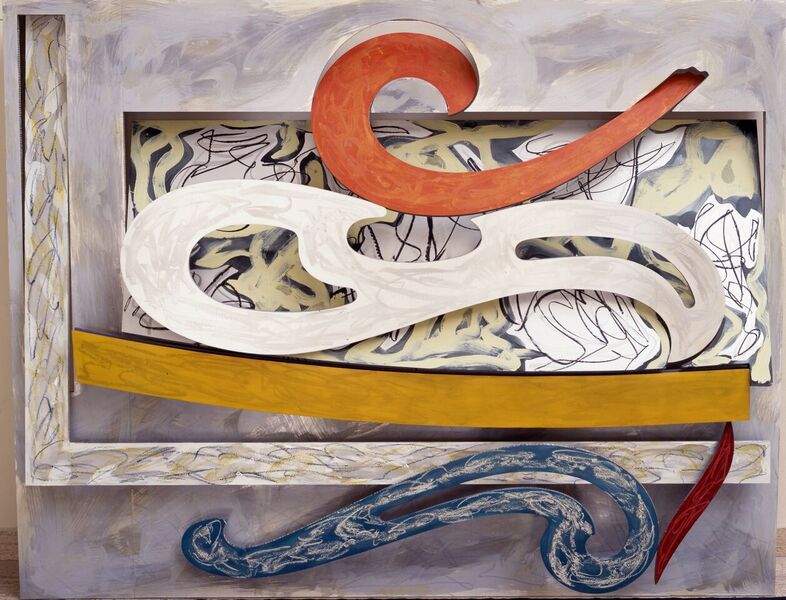 Never afraid of criticism — seemingly courting it — he declared decorative, large-scale, colorful abstract works “fine art” — as in, “it’s just fine for corporate lobbies and shopping malls.” His mission was and is to demonstrate that Abstraction can be just as powerful, just as vibrant, energizing and active as Abstract Expressionism, which preceded it in the ’50s. With the help of glitter, Day-Glo, flourescent and enamel paints, his works shimmer and shine. The vibrancy of the colors make them bounce.

And Stella himself bounced easily from one series to the next. Although he dismisses reading a narrative into his work,  his titles offer the viewer a hook with which to free-associate: “The Wrath of Medusa,” “The Moby Dick Series,” “The Exotic Bird Series.”

Although the show is not installed chronologically, it is easy to see how Stella, the master builder, has worked and reworked his rectangular canvases. He’s cut into them and cut out of them, employed the architectural tools he collects, embraced the computer and now 3-D printing — leading us to his recent monumental constructions.

These paintings/sculptures give the illusion they have been fashioned in Stella’s one-acre upstate New York studio in lightning speed. Close up, one can enjoy the imperfections. Drips, bruises, battle scars and masking tape left in place offer evidence of a messy creative process. But Stella says the process shouldn’t be important to the viewer. The presentation of a flat but colorfully active surface is what counts. I wonder if he would ideally want us to do a quick walk-by, rather than a slow close up. 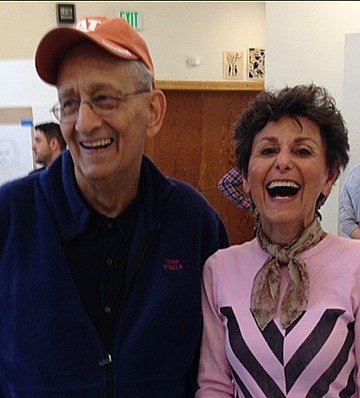 Because Stella is a fast guy. He’s known to drive too fast and to love racing. He has since traded in his Ferrari for a Volkswagen and traded racing cars for raising race horses.

Comparing horse racing to the art world, he says, “Racing is so much nicer than the art world, where everything is driven by opinion. At the racetrack, it doesn’t matter what people think. At the end of the race, one horse crosses the finish line first, and that horse is the best horse.