Art&Seek returns to Austin this year for the South by Southwest (SXSW) Conference, and KERA’s Alan Melson is part of the team sharing dispatches from the annual interactive, film and music gathering.

The fashion industry is fixated on reinvention.  Clothing lines are upended with each new season, and designers strive to outdo their counterparts with bold, inventive designs that will catch the eye of retailers and consumers alike.

However, people with disabilities have been mostly ignored by the industry, despite being the largest minority group in the United States.  That’s now beginning to change, thanks to the thoughtful work of a group of designers and retail executives who share a goal to make availability of adaptive design the norm rather than the exception.

Several of these pioneers used their Friday panel discussion at South by Southwest to share some of the successes they’ve had – and the challenges that remain.

Scout Bassett is a Paralympian runner who lost her leg in a fire as a toddler in China, and spent years of neglect in an orphanage before coming to America with her adoptive parents at age seven.  She wore a cover over her prosthetic leg until she realized at her first track meet at age 14 that the cover would not fit on her prosthetic running leg.  She recalled having to make a defining choice at that time – “to be OK with who I was” – and maintained that outlook as she built a record of success and became an inspiration for other athletes with disabilities.

As her running career blossomed, Bassett discovered additional challenges with running apparel.  Tights provided no easy way to change from her everyday walking leg to the specialized running “blade” she uses in competition – and the tights would constantly ride up since the blade was much narrower than a natural leg.  She saw a social media post about another runner who modified her running apparel to accommodate her prosthetics, and began thinking about whether these could be mass-produced for others with the same issues.

Eventually, she soon learned that others had similar thoughts.  Mindy Scheier, a New Jersey-based fashion designer, watched her son with muscular dystrophy struggle with buttons and zippers, while yearning to wear jeans to school like his friends instead of being stuck with easier-to-manage sweatpants.

Scheier said the first pair of jeans she modified were “hugely empowering” for her son, and something she felt strongly should be made available to others.

“The fact that people with disabilities couldn’t wear exactly what they wanted to wear – and look how they wanted to look – was something I felt had to change,” Scheier said.

Scheier said she “immersed herself” in the world of disabilities, learning as much as she could, and then began sharing her thoughts with others in the industry.  This led to the creation of a nonprofit, Runway of Dreams, and then a 2016 partnership with Tommy Hilfiger to develop the first widely-available adaptive clothing line in history.

Runway of Dreams and the Tommy Adaptive clothing line have succeeded by seeking input from those most affected at every step of the entire process.  This feedback drives important questions – everything from specific design elements on articles of clothing to whether retailers who carry these items will feature clothing racks and dressing rooms that are wheelchair-accessible. 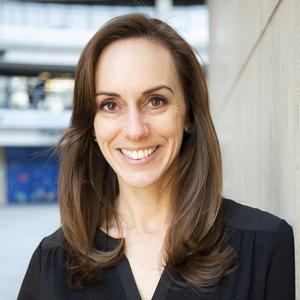 Other companies have now joined this effort.  Online shoe retailer Zappos launched its Adaptive line in 2017, working with manufacturers to bring more options to their marketplace.  Zappos Adaptive director Molly Kettle said the genesis came from a customer whose grandson with autism struggled to tie shoelaces, and was looking for an alternative beyond simple Velcro.  After building support within the company for further exploration, Kettle said Zappos convened an advisory council of people with disabilities to provide guidance.

Scout Bassett is now training for the 2020 Tokyo Paralympic Games, and has signed sponsorship deals with Nike and Citi – decisions she said only came after both companies convinced her that they were willing to invest in research to truly understand the needs of those who are differently abled, and use their efforts to empower those individuals.

“I didn’t have examples on TV, magazines or billboards of role models that looked remotely like me,” Bassett said.  “One of the reasons why it’s important to do what I do is because I wasn’t able to see myself as a powerful force back then.”

As more companies begin to offer adaptive clothing options – and the Paralympic Games and its athletes continue to grow in visibility – Bassett said those with disabilities will gain more courage to build their collective voice as an important segment of the population whose needs should be met.

“If you have confidence in showing who you are, you are going to empower other people to do the same,” she said.