After 32 years as the head of Dallas’ first Latino stage company, Cora Cardona is retiring as the leader of Teatro Dallas. Since 1985, Cardona has presented the English-language premieres of many leading Latino writers and even produced a documentary film on Mexican painter Frida Kahlo. For its international festival, the company has brought touring companies to Dallas from Japan, Argentina, Ecuador, Brazil, Spain and South Africa.

To help with the transition to the next generation of leadership, Teatro Dallas has received a grant from the Meadows Foundation to hire both a new executive and artistic director. But Cardona will stay involved with the company as a director of special projects. 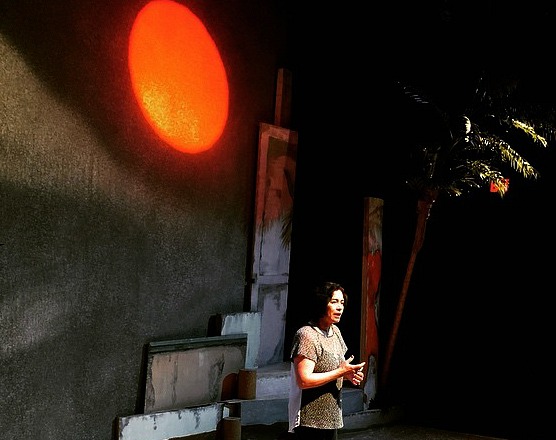 Here is the full release:

After 32 years of bringing plays and playwrights from around the world to North Texas, Teatro Dallas is moving into a new generation of leadership, as founding director, Cora Cardona retires.

“We wanted from the beginning to bring a new voice, a largely unknown voice, to Dallas,” said Ms. Cardona, who started the theater company with her husband, Jeff Hurst. “We were the first Hispanic theater company in the city, and for many years the only one. We wanted to lift up the voices of Mexico, Central, South America, and Spain, in both English and Spanish, in all their full humanity. It has been the life of Teatro Dallas – and my life’s work.”

“Cora has created a tremendous legacy,” said John Fullinwider, who serves as president of Teatro’s board of directors. “And we are building the institutional base to carry it on.”

Teatro Dallas’s first season in 1985 delivered a different kind of theater to Dallas, with plays from Mexico and Latin America that had never been seen on local stages. Out of those two initial productions grew a theater that was at once grassroots and international. Teatro introduced Dallas to the ancient Dias de Los Muertos celebration with its first Days of the Dead celebration in 1986. Teatro’s documentary style production of Santos in 1993, on the 20th anniversary of the murder of 12-year-old Santos Rodriguez by Dallas police officer Darrell Cain, brought audiences to tears and to their feet as it lifted the veil on police brutality in Dallas.

That same year, Teatro produced its first International Theater Festival, featuring plays and theater companies from the U.S., Venezuela, Mexico, and the Ukraine. Nothing like it had ever been done in North Texas. In subsequent years, Teatro brought theater groups to Dallas from Japan, Brazil, Belgium, Argentina, South Africa, Canada, Cost Rica, Ecuador, Argentina, Spain, and many other countries.

Teatro is the only theatre company in Dallas to produce a documentary film with a commercial release around the country. Frida Kahlo: A Ribbon Around A Bomb (1992) was inspired by Teatro’s stage production The Diary of Frida Kahlo, in 1989, when Kahlo was not the household name she has since become. The film was promoted and screened at the Kabuki movie theater in San Francisco, as the San Francisco Chronicle’s “Critic’s Choice.” New York Times critic Cary James offered high praise, “Ms. Cardona brings the depths of Frida’s volcanic tortured personality to life and reveals both pain and astonishing strength.”

Teatro has been the birthplace of notable local and nationally known actors, such as Adelina Anthony, founder of Cara Mia Theater, and film star Julio Cedillo (The Three Lives of Melquiades Estrada, The Rookie, and other films).

Teatro introduced Dallas to playwrights Aristides Vargas from Ecuador and Tomas Urtusástegui from Mexico, as well as presenting the work of giants of world literature such as Moliere, Garcia Lorca, Kafka, and Cervantes.

“We are becoming truly Teatro del Mundo, as we say, theater of the world,” Ms. Cardona said. “But we remain a grassroots theater, staging plays in non-traditional venues, such as an empty mansion last October, and at Taqueria Pedrito’s this summer.”

A grant from The Meadows Foundation will help Teatro hire a new executive director and new artistic director. Job descriptions will be posted shortly, and interviews will start in September.

“Cora has been both executive and artistic director of Teatro,” said Fullinwider. “As happens often when a founder leaves, it takes two people to replace her! With the help from Meadows, and from philanthropists like Jorge Baldor and Domingo Garcia, we are conducting a wide search for new leadership.”

Once the new team is in place, Ms. Cardona plans to pursue independent theater initiatives in Dallas and Mexico City; she will stay involved with Teatro as Director of Special Projects.