This year’s football season – high school, college, professional – was historic by all accounts. Lots of schedules shortened and pushed back, games canceled due to players’ exposure to COVID, games played without fans and even bowl games canceled. If you feel cheated out of your fill of gridiron action this year then check Allen Public Library‘s virtual conversation with award-winning author Michael Hurd this Thursday.

Hurd is the director of the Texas Institute for the Preservation of History and Culture at Prairie View A&M University. He is considered an expert on the history of football programs at HBCUs and is the author of  “Black College Football, 1892-1992.”

At Thursday’s conversation, Hurd will talk about his last book “Thursday Night Lights: The Story of Black High School Football in Texas.” 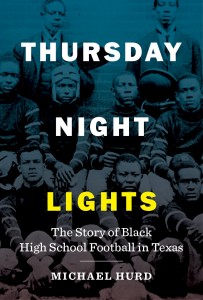 “Thursday Night Lights” references the time when Black high school teams across Texas took the field to play on Wednesday and Thursday nights during segregation.

“The books are fairly similar because their experiences at both of those levels were literally about the same in terms of media coverage, or lack thereof, in terms of mainstream media,” said Hurd.

Hurd has a great perspective of the history of Black football growing up and going to school at the nexus of segregation and integration. 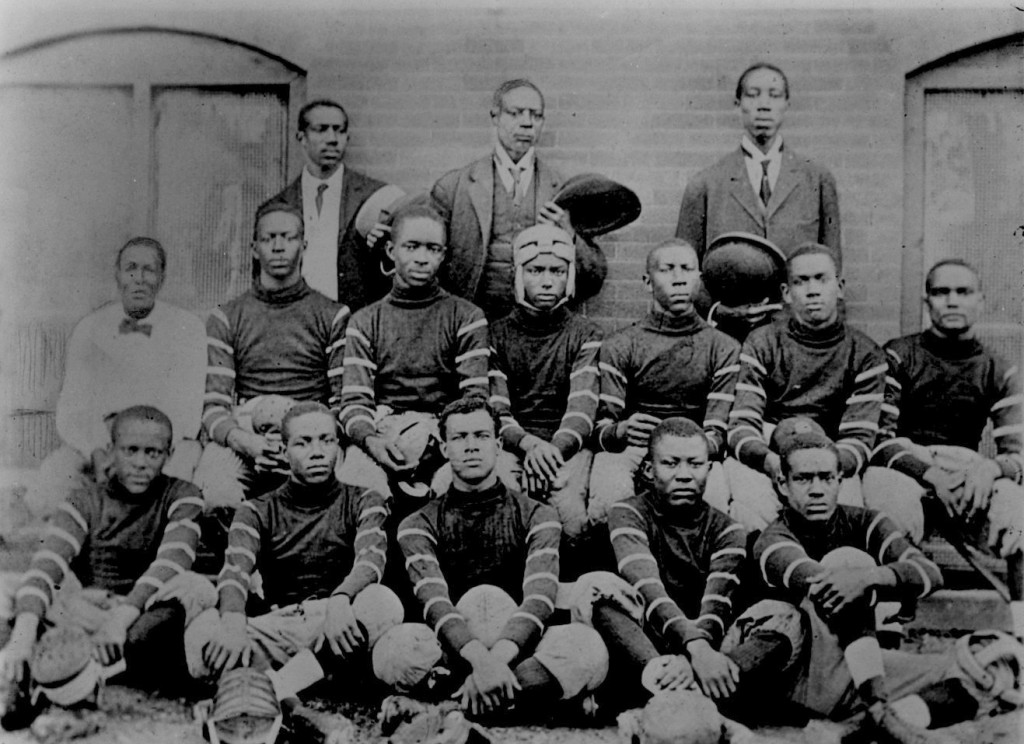 “My first exposures to high school and college football was through the Black high schools and the historically Black college programs. Texas Southern and Prairie View and other Black colleges in Texas and Grambling of course in Louisiana. So that was a football that I knew. Some of the high school guys who participated in the Prairie View Interscholastic League (PVIL) were my classmates.” 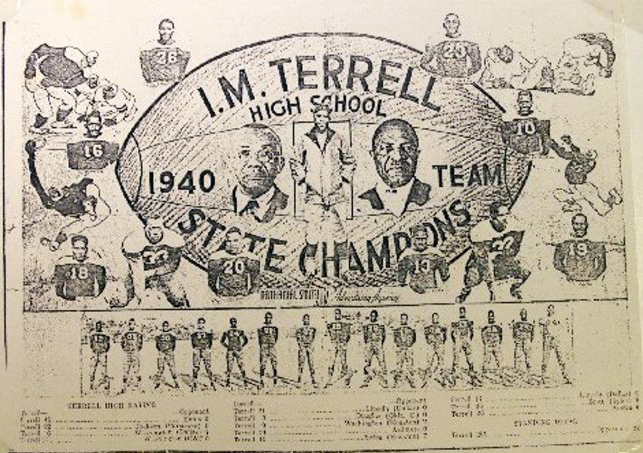 “So that’s the football that I grew up with and that’s the era and the players and coaches that I wanted to talk about.”

Hurd believes his book is a great barometer of how far Black athletes have come from an athletic and media standpoint. He noted that Black athletes who came through the PVIL received little if any media coverage even though they were incredibly talented and some who went on to play professionally.

“In the Fort Worth area, there was Kirkpatrick, Terrell, and Dunbar.  In Dallas of course Lincoln, and Washington. The metroplex had just an incredible array of Black high school talent back then. And I’ll be talking about some of the guys from that era. Yeah, you look at “Mean” Joe Green (Temple Dunbar), you look at Kenny Houston who played for the Washington Redskins, the Houston Oilers came out of Lufkin Dunbar. 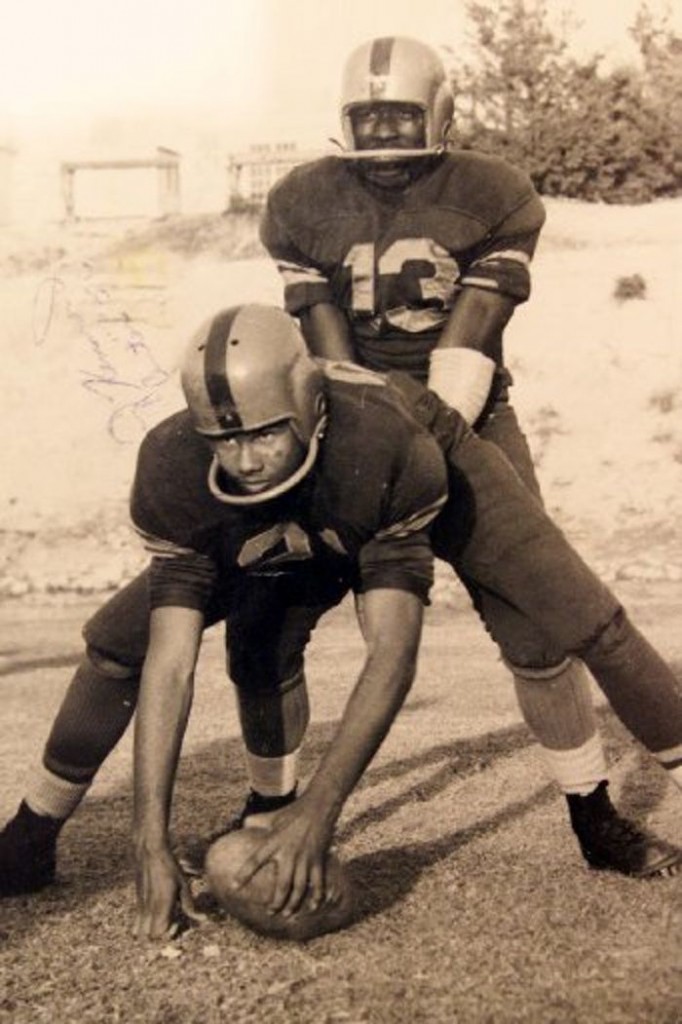 Johnny Kennard poses with quarterback Kelton Winston (13) in this 1957 senior photo at I.M. Terrell High School. Winston went on to play in the NFL with the LA Rams. Photo: PVIL Coaches Assn.

“You had Dick “Night Train” train Lane who was the NFL Hall of Famer. Some considered the best safety in NFL history who came out of Austin Anderson High School. So those are some of the guys that the PVIL produced.

“But there were just hundreds more. You look at somebody like Abner Haynes from Dallas Lincoln who integrated the football program at North Texas. It’s just an incredible list of guys who came out of that era. Again, they weren’t really publicized in high school, but a lot of those guys were the first to integrate previously all-White college programs and then went on to incredible careers in the NFL and the AFL in its early days.”

In the Black community for so many football fans to see Black players at places like the University of Texas and at Texas A&M because you know, back then, those teams were all White, and now most of them are fairly all Black. So that’s a huge difference, a huge change. But that history still remains and is still something that we need to recognize and talk about in terms of how far we’ve come.”

The book may be about football history, but Hurd also tells the story of African American communities that supported the young athletes and gave them the confidence to go out and compete. 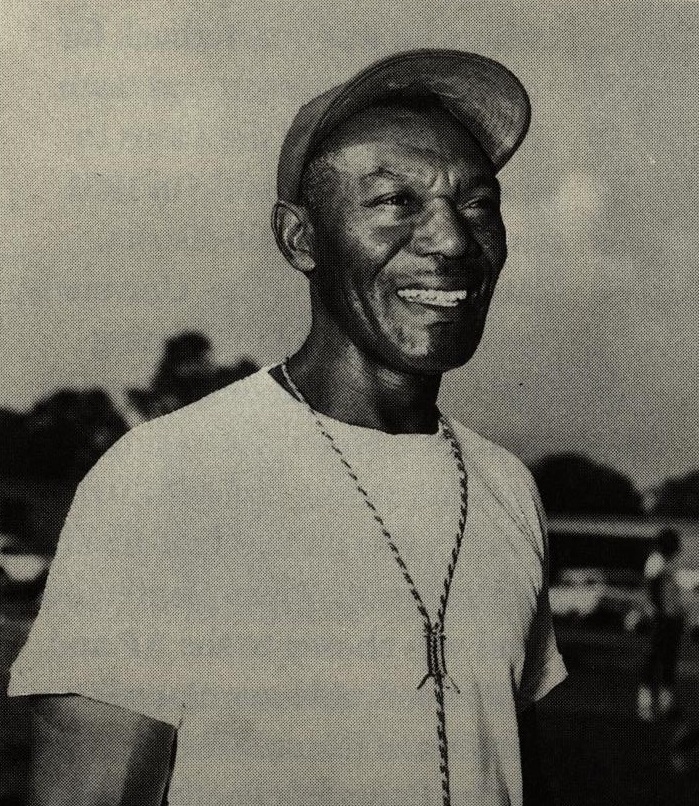 “It also has a really strong social history about the African American communities in Texas and throughout the South. . . I talk about how Black schools were started after emancipation, and how difficult it was to get some of those who started because there was so much objection to Black students being able to be educated.

“My book covers those kinds of issues and how those schools really did get started. And how the Black community was so self-sufficient back then. You know we really took care of ourselves in so many ways. We had our own on businesses and so forth, but I write also that from an educational and athletic standpoint for those schools back then we had so many dedicated people mentors in terms of teachers and coaches who really looked out for Black kids back then who really didn’t have a lot of opportunities.”

The live virtual event will take place at  7:30 p.m. Thursday, Feb. 18 at  allentx.swagit.com. You can submit questions until 8:30 p.m. that evening by going to liveonstage@cityofallen.org