Over the next few days, North Texas will be celebrating the 4th of July with more than 30 different firework displays. That means there’ll be close to one million rockets, fountains and other pyrotechnics professionally set off in the region’s skies. Art&Seek wanted to know if there was more to the world of fireworks than simply lighting a fuse and we found that it’s an art.

Haven’t made plans for the 4th of July yet? We saved you some time and sifted through the multitude of events on Independence Day in North Texas. Here are our favorite picks.

The Fourth of July is all about the fireworks. Sure there’s barbecue, patriotism and independence. But if we’re being honest, there’s nothing more exciting than the sound of whistling fireworks soaring into the sky and those beautiful bursts of light.

““You hear certain music and you know certain fireworks will fit that music,” says Beckham.

Beckham’s the owner of PyroTex, a fireworks company based in Leonard – 70 miles north of Dallas. He’s been designing and executing spectacular firework shows for nearly four decades.

“It was just me – for probably the first eight or nine years,” Beckham says. “Then we started growing. And as demand changed,we changed.” 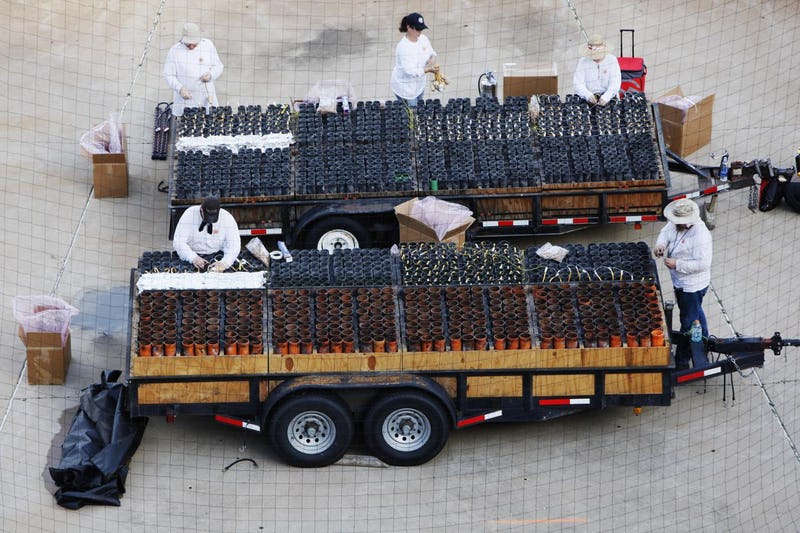 PyroTex employees get ready for a big show at the Cotton Bowl. Photo: Derek Willingham

During those early years, Beckham made a name for himself by crafting indoor firework shows. And back then, his customers were traveling bands.

Of course, these days, indoor fireworks are illegal. And PyroTex does all sorts of fireworks shows. So many that Beckham is baffled when people say what he does isn’t an art.

“Theatre is art. Dance is art. Pyrotechnics?” Beckham asks. “To most of them, it’s still just a 4th of July show, and they don’t see any of the other things we do all year long.”

Beckham has designed firework displays for television shows, movies, weddings, corporate gatherings and signature events like New Year’s Eve in Fort Worth’s Sundance Square.  On the Fourth alone, he and his team will set off 31 displays across the state – including Willie Nelson’s Fourth of July Picnic in Austin. Beckham designed them all.

Here are a few of the things that Beckham considers when he’s designing a show:

“Money, length of show and where the show’s going to be,” Beckham says. “Then I start thinking about what the client wants.”

Most clients have songs in mind but not much else, so Beckham begins by becoming familiar with the music. Then he maps things out in his mind.

“Horns like a lot of big shots and blasts,” he explains. “Strings like a lot of sweeping, c-shaped back and forth stuff. Each piece of music has a sort of piece that’s correct.”

The sky is his canvas and the fireworks are his paint. Before he can put brush to canvas though, he’s got to map it out.

“There is design involved. I envision what the show will look like as I hear the music. And then I write it down with a pen on a legal pad,” says Beckham. 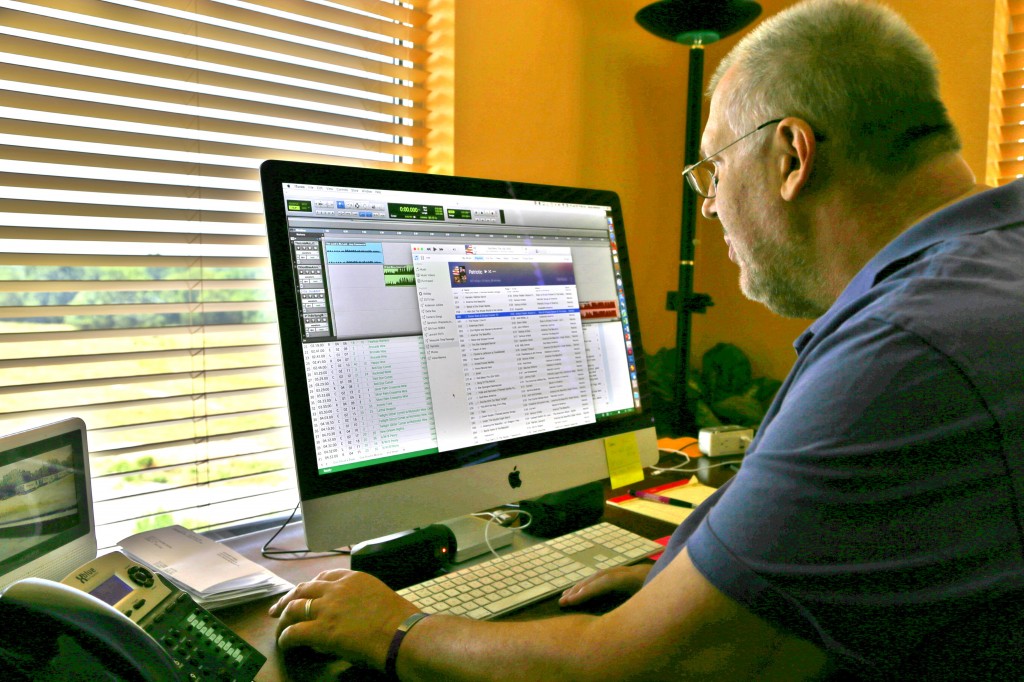 If that sounds old school, it is. But Beckham uses newer technologies, too. He relies on audio and choreography software to ensure that the firework shells explode at exactly the right time.

Once the design is complete, he hands the show over to his team. They go about wiring all of the explosives together, so that they can be detonated from a safe location. Wiring the fireworks together also ensures that everything shoots off just as Beckham designed. 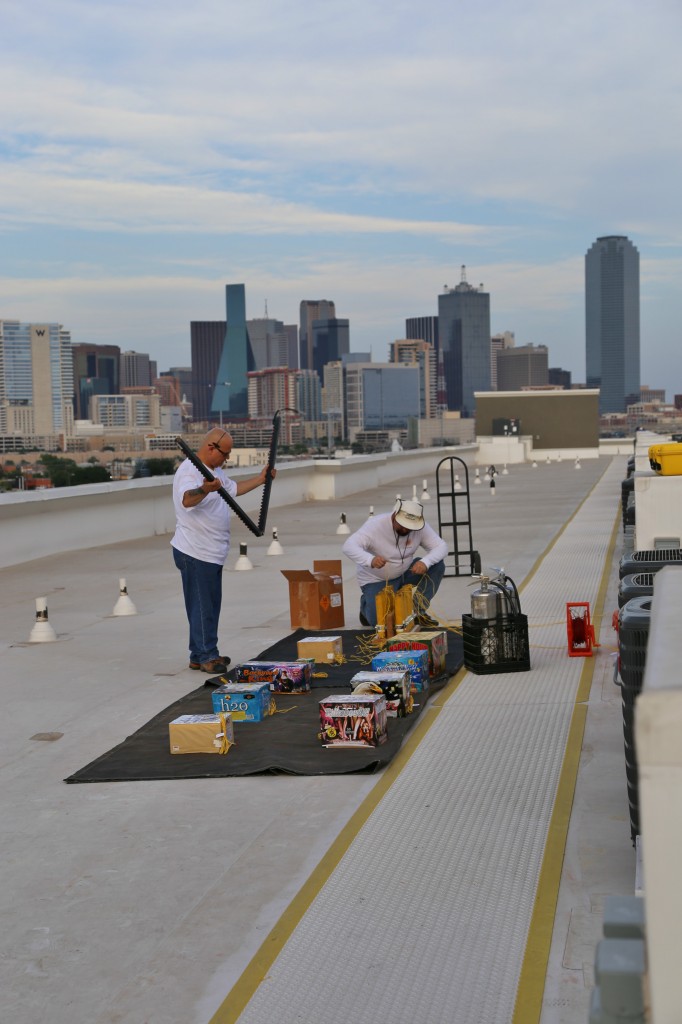 We caught up with the crew as they set up a small fireworks show for a new apartment complex near West Dallas.

PyroTex’s Sales & Marketing Manager Paige Mejia says it can be easy to mistake their work for a trade. But she says it’s a true art.

“Pyrotechnics are not just buying fireworks and pushing a button,” she explains. “There are design elements. There’s a collaboration process – with the client and the team. And it takes something special to know what’s going to make the audience truly enjoy the show. Randy has that.”

This is a small display, just a taste of what’s ahead. On July 3rd, Beckham’s company will set off 23,000 fireworks near West Dallas for the city’s “Red, White and Boom” show. Then they’ll do it again on the 4th in Mesquite.

But that’ll be it for Beckham. This is his last 4th of July. He’s retiring in September. He’s not feeling too sentimental about his last Independence Day though. He’s focused on his finale.

“My last show is targeted to be Plano Balloon Festival,” Beckham says. “And the final song will be my ‘swan song.’ And it will say goodbye in a nice way and I will be moving on.”

He won’t say what the final song will be. But like the millions of fireworks that Beckham has shot into the sky, his career will end with a bang.

And fade into the night.

Pyrotex has been in business for nearly four decades. Can you tell me how North Texas affects the production of your firework shows? Could you do this anywhere else?

I spent all of my life thinking I should move to some other city. And yet, the inbred Dallas boy inside of me just can’t leave.

Anyway, when I got into the business, all of the companies were family owned. There were very few independents. And when I first got started, the majority of my business was indoor firework shows – that’s illegal now – and those folks thought I was harmless. . . .   And then I started shooting shows. Soon after, I was shooting their shows (laughs).

But over the years there have been family businesses that have come and gone. The same for independents. There are several down in South Texas. And a few up here. But I’ve never particularly cared about my competition. There’s enough work in this state for everybody.

I used to work across the United States, but there’s plenty to get done right here. 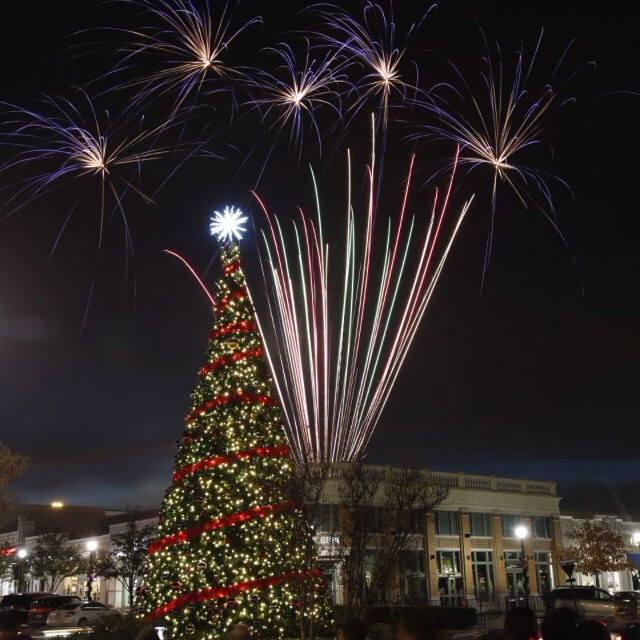 A lot of artist have a competitive spirit. They may not be competing with their fellow artists, but they’re a desire to do better. Do you have that?

I am competitive. But I don’t compete with other people. I don’t think there are people doing what I do. Not exactly, anyway.

Yeah. Right now, with my retirement imminent, my last show is targeted to be the Plano Balloon Festival. So even though the show is in September, I am working on it right now. I have picked the final song for the show. That’s going to be my swan song. It’ll allow me to move on in a nice way.

That being said, after I retire, I may choose to come back and work on a show. I like doing this. It’s fun. And I am really good at it.

What makes Randy Beckham and Pyrotex special or different?

When I got started in the business, I was doing indoor firework shows and there were people who had had some bad situations. You know, an indoor fireworks show can have a lot of difficulties. The stage, the performers and the fans are all so close to one another. I was determined to not have anything bad happen on my watch.

And as the company has grown, I have taught all of our employees what they needed to know to ensure that people stay safe, including my employees. No one needs to get hurt or die. This is a fun thing. No one dies for a fireworks show.

That’s why I created PyroCamp. That’s a daylong training that we have out here in Leonard. Every single one of our employees participates and they learn the ins and outs of putting on a fireworks show. There’s safety training and they learn the laws. By the end of the night, there’s a giant show. It’s pretty special.

What goes into putting a fireworks shop together? How do you design a show?

Let’s use the Alexan Riveredge show as our example. The first consideration is location. That was a show atop an apartment complex. Four stories up. So we have to figure out how to get up there and how to safely move our equipment to the launching location. Once we’ve figured out if the location is a place we can work with, it’s on to the music. They picked Lady Gaga’s “Applause.” The rest is up to me. So I spend time designing the show. When I am designing, I will listen to the song over and over again and try to find the right sorts of fireworks for specific parts. Like drums need one sort of firework. Horns and strings each need their own type of firework too. So I sit here in my office, listen to the music and I sort of plan the entire thing out.

Some people just blow a bunch of fireworks off. I like for there to be some sort of story or arch.

Is designing a fireworks show art?

Pyrotechnics is an art. That’s why are motto is “Pyro is art. Pyro with attitude.” I mean, there’s design involved. I need to envision what the show will look like when I hear the music. I write down everything I am planning on a legal pad. Don’t get me wrong, I am not a visionary. But you hear certain music and you know certain fireworks will fit that music.

So it’d like I said before, each instrument has its own firework. For example, when there are songs with strings, I pick a firework that sweeps across the sky.

Added to my sense of thought is the general nature of music. Some songs are happy, some are sad. The fireworks and the colors we use need to match. I plan all of that out. Customers may have opinions about what I do – and I listen – but I have a better idea of how things look. So sometimes I need to work within the restrictions they’ve imposed on me because of their preferences. But working with restraints is something artists do every single day.