How much do the arts affect the economy in North Texas? Turns out, a lot, and it’s jumped up since the Great Recession and the opening of ATTPAC. A new, nationwide study finds that the non-profit cultural sector’s economic impact has tripled over the last five years. Called Arts & Economic Prosperity, it’s the largest arts impact study of its kind.

Arts & Economic Prosperity finds that the local arts and culture industry supports almost 53,000 full-time employees in the region. In comparison, American Airlines, which is headquartered in Fort Worth, employs around 30,000 people locally. 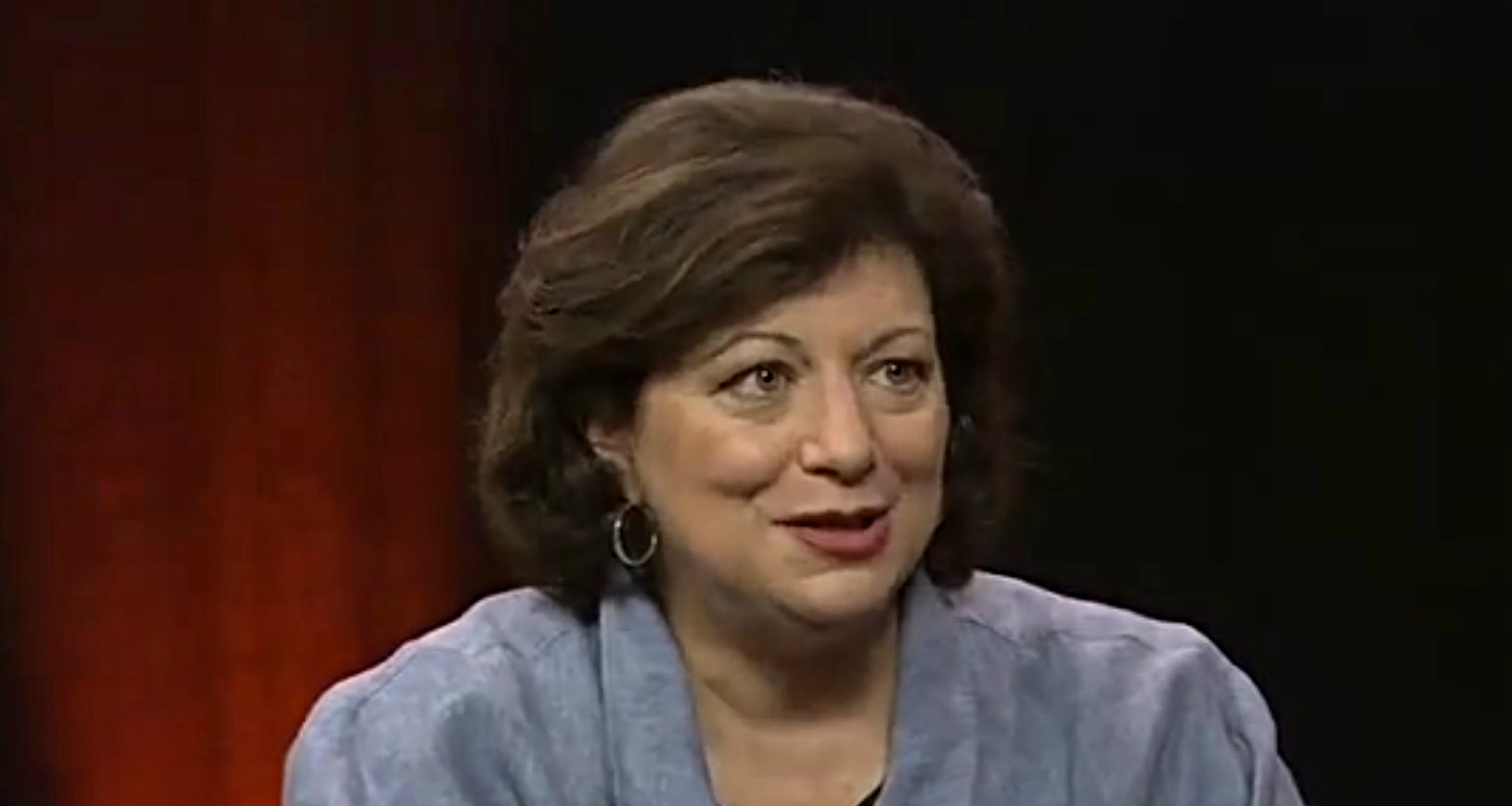 Says Katherine Wagner: “So this would be like having almost two great American Airlines headquarters here, with all of the benefits of having those employees right here in North Texas.”

Wagner is CEO of the Business Council for the Arts in North Texas. [See her THINK TV interview here.] This is the second time her group has worked as the local partner for the national study, which is  produced every five years by Americans for the Arts, an arts and education advocacy group. [Officially, this study is Arts & Economic Prosperity 5.] The study indicates the economic impact of the arts in North Texas has grown from $500 million to almost $1.5 billion in the past five years.

“So it’s a significant leap,” says Wagner. “It’s more validation for how important it is for our region to attract cultural visitors because cultural visitors pay substantially more. They buy more refreshments, they will stay the night in a hotel, whereas most in-county visitors don’t do that. So how can we do more of that?”

Nationwide, the study found the non-profit arts industry produces $166.3 billion in economic activity per year. In addition, it supports 4.6 million full-time jobs. The new study tracked 131 cities and towns throughout the US.  [It’s worth noting New York City and Los Angeles are not included; the for-profit culture industries in both cities – filmmaking, TV, Broadway – make them anomalous. So for the rest of America, the comparisons are apples to apples – as long as the city, region or cultural district actually participated in the study.]

In North Texas, seven cities and cultural districts participated including Dallas, Fort Worth, Irving, Lewisville and Richardson. According to Wagner, more than 90 percent of the non-profit arts groups in those areas contributed their data to the study – compared to an average of 50 percent nationwide.

DALLAS, Texas — The nonprofit arts and culture industry in the North Texas region generates $1,473,366,015 in annual economic activity. This activity supports 52,848 full-time equivalent jobs and generates $167.2 million in local and state government revenues. These findings are included in the exhaustive national economic impact study, Arts & Economic Prosperity 5, conducted by the Americans for the Arts. Research in this region was gathered by the nonprofit Business Council for the Arts as part of the nation’s most comprehensive economic impact study to date.

“This study shows, in very powerful numbers, just what a critical role arts and culture also play in keeping our national, state and local economies vibrant and growing,” said Katherine Wagner, CEO of the Dallas-based Business Council for the Arts. “Reflecting our population and business growth, our region is now the third largest arts economy in the nation.”

Highlights from the Arts & Economic Prosperity 5 study will be announced at a June 28 celebration hosted by the Business Council for the Arts, The Office of Cultural Affairs and the Dallas Arts District.

Of the 52,848 jobs supported, 40,368 are directly tied to arts organizations. The rest are supported by audiences and their related spending (restaurants, parking, hotels, purchases, etc.).

Those jobs translated into $1.3 billion in annual salaries.

Seven North Texas cities and cultural districts participated in the Americans for the Arts study, the largest number yet. Participating cities include Dallas, Fort Worth, Irving, Lewisville and Richardson.

The study found that the City of Dallas, which also participated in the 2010 study, is seeing robust returns from its annual and long-term investment in the arts, including triple-digit growth in economic impact, jobs and audiences, as well as generating even more revenue for state and local government. In FY 2015:

Dallas arts and culture generated revenue of $97 million to local and state government.

Jennifer Scripps, director of the City of Dallas Office of Cultural Affairs said she expected the numbers would show growth, but the large leap on so many levels was exciting.

“The growth that we’ve seen both in the Arts District and all over our city shows a vibrant, diverse and growing cultural community,” said Scripps. “Our established institutions are doing world-recognized work, and our small and emerging groups are vibrant and growing. Our opportunity now is to sustain this, share this art with more parts of our city and keep this moving forward.”
Dallas Arts District Highlights

The economic activity of the Dallas Arts District alone has tripled in five years, going from $128.6 million to $395.8 million.

The revenue generated for local government from Dallas Arts District arts organizations and audiences was $19 million in 2015.

Lily Weiss, the executive director of the Dallas Arts District says the neighborhood’s jump in numbers can be attributed to a wide range of things: More public programming and events at arts venues across the District, free entrance at the Dallas Museum of Art, the AT&T Performing Arts Center and its resident companies coming fully on line, the opening of Dallas City Performance Hall and more.

“We have known for years that a dynamic cultural district contributes to the economic health of our city,” said Weiss, executive director of the Dallas Arts District. “This study and the dramatic changes downtown demonstrate that investments the City and private sector have made in our arts venues, institutions and the district’s infrastructure were solid. We must keep this tremendous momentum going.”

The Arts & Economic Prosperity 5 study was conducted by Americans for the Arts. The economic impact study examines cities, counties and states nationwide every five years. This year, for a regional perspective, seven North Texas cities and cultural districts participated, demonstrating the reach and impact of arts and culture in neighborhoods and communities across the region. Volunteers with the nonprofit Business Council for the Arts surveyed audiences at arts events in participating cities over several months.

The spending tied to arts and culture in North Texas is far-reaching: organizations pay employees, purchase supplies, contract for services and acquire assets within their community. Those dollars, in turn, generated $1.3 billion in household income for local residents and $167.2 million in local and state government revenues.

In addition to spending by organizations, the study also examines event-related spending by its audiences. As a result of attending a cultural event, attendees often eat dinner in local restaurants, pay for parking, buy gifts and souvenirs, and pay a babysitter. What’s more, attendees from out of town often stay overnight in a local hotel.

“This is an industry that can never be outsourced,” said the BCA’s Katherine Wagner. “This is economic and job growth that is generated right here at home. With continued support from audiences, as well as our civic, business and philanthropic communities, we will keep this momentum growing.”

“This study demonstrates that the arts are an economic and employment powerhouse both locally and across the nation,” said Robert L. Lynch, president and CEO of Americans for the Arts. “A vibrant arts and culture industry helps local businesses thrive and helps local communities become stronger and healthier places to live. Leaders who care about community and economic vitality can feel good about choosing to invest in the arts. Nationally as well as locally, the arts mean business.”