Skip Navigation
Home > ArtandSeek.net > ‘The best dang skating rink this side of the world’: Garland mainstay is rolling again after winter storm

Skaters of all ages were ready to roll back into the Texas Skatium Monday afternoon. The skating rink in southeast Garland has reopened nine months after sustaining major damage during February’s winter storm.

Owner Patti Craft says it was the busted sprinkler system and the ensuing deluge of water that destroyed the rink during the power outages that swept through Texas earlier this year. She said the 33,000-square-foot building was inundated by four feet of water.

“There was no walls, no ceilings, no floors, no plumbing, no electric,” Craft said. “There was nothing but the outside shell.”

Compelled by the thought of losing the business her family has owned since the 80s, Craft and her children immediately got to work restoring the community mainstay. 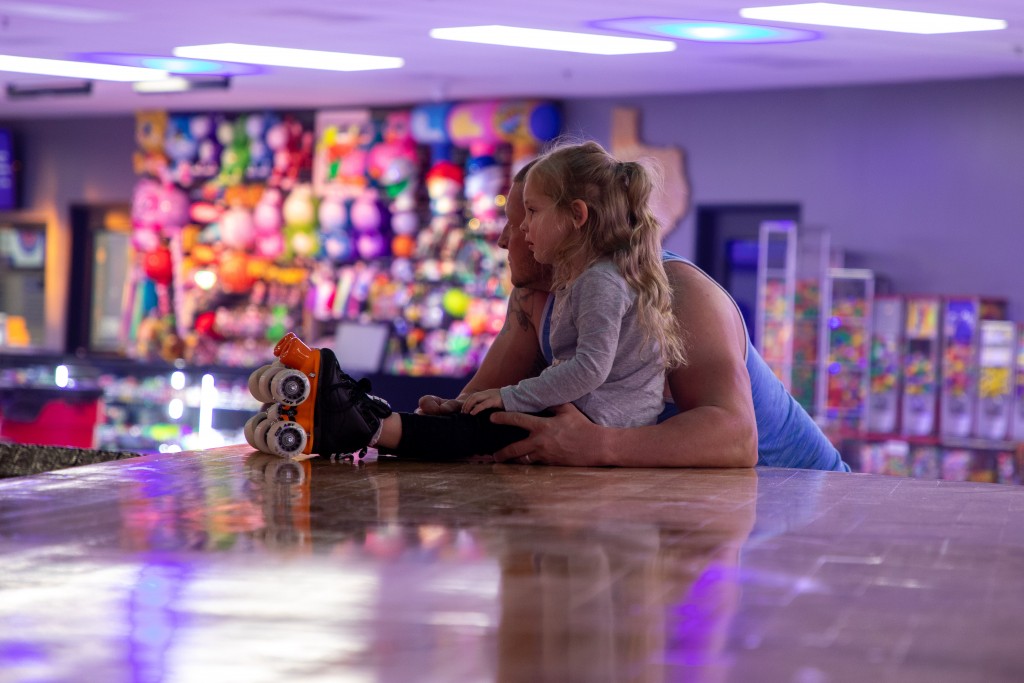 A father and daughter watch the rollerbladers on the rink at the Texas Skatium. Photo by Keren Carrion.

Stephen Tate has been coming to the Skatium since 1987. He used to spin records as the rink DJ. Decades later, his daughter will give it a shot.

“She just turned 16, and so she’s she’s going to try her hand at DJing too,” he said. “The rink has been a staple in the community for a long time.”

The herd of teenagers sitting in the back corner of the rink didn’t show it, but they were among the most excited for the rink’s return. 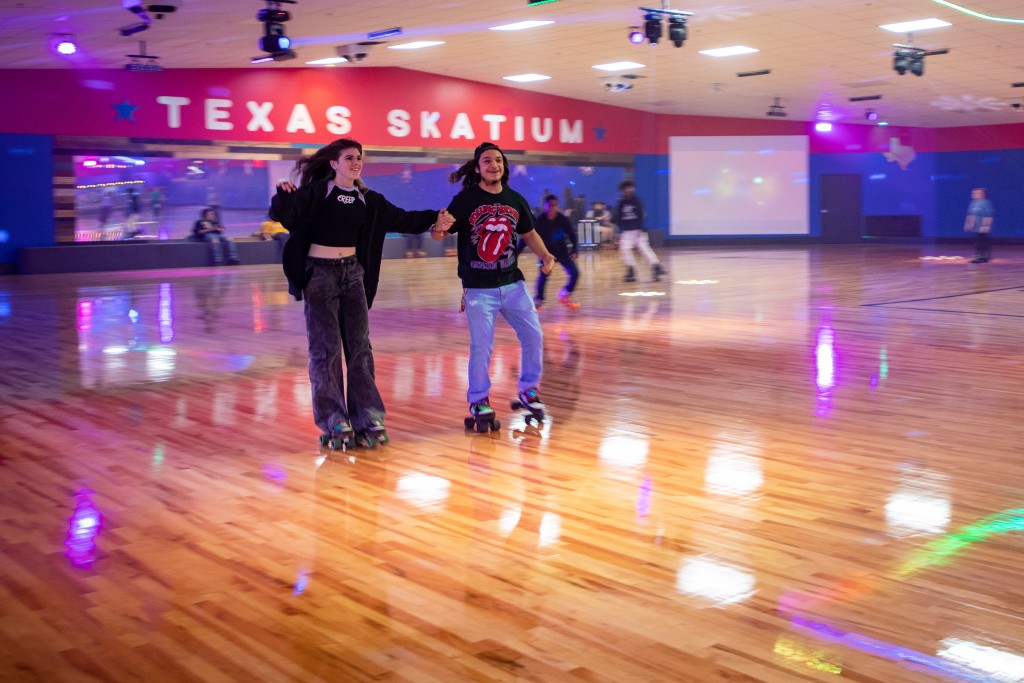 A teenage couple skates together at the roller rink. Photo by Keren Carrion.

“The people that come every weekend are called rink rats,” Chloe Fields said. “I’m definitely considered a rink rat. Most everybody at this table is considered one.”

Fields has been skating here for five years. She says the remodeled rink is more spacious and the floor is like butter.

“I’m just really excited that it’s back open. I’ve been waiting the whole year, and this is a really nice floor. The grip is really good.” 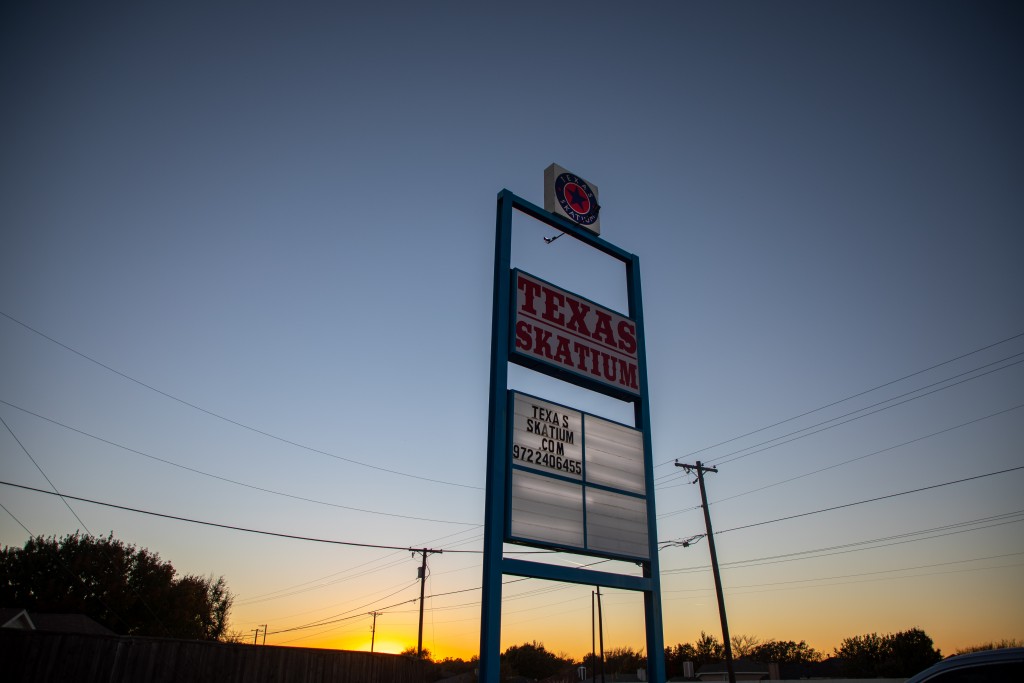 The sun goes down during the first night of Texas Skatium’s reopening. Photo by Keren Carrion.

The improved rink also got an emphatic stamp of approval from Brian Christopher Jackson.

“This is the best dang skating rink this side of the world,” he said. “The floor is amazing. It’s always sticky. They re-plastic it a lot, and they raised the roof. They got a lot going on for them.”