Skip Navigation
Home > ArtandSeek.net > The Cedars Is Getting A Little Greener

The plot of land across from The MAC will soon be transformed into a community garden by the gallery with help from Promise of Peace Gardens and Tierra Firme, a local art collaborative.

The MAC Garden is slated to open next February, and beds will be leased to community members for $150 a year. Two beds will be set aside to serve as “collective community gleaning” gardens, where anyone who maintains the bed can take from it.

“I think that culture and horticulture can both be used as tools to connect individuals,” says Rachel Rogerson, executive director of The MAC. “During challenging times, they can both be a source of healing.”

Promise of Peace, or POP, is a local non-profit that builds gardens in urban communities across DFW, as well as providing horticultural education programming for schools. Rogerson says the non-profit will take on the planning and maintenance of the garden.

POP also operates the gardens at Vogel Alcove, a non-profit that provides therapeutic services to homeless children. Rogerson says the surplus produce harvested from The MAC Garden will go to Vogel.

One of the”community gleaning” beds POP is building at The MAC Garden will focus on the cultivation of natural dyes for use by local artists.

That effort will be spearheaded by Tierra Firme, a collaboration between artists Analise Minjarez and Sarita Westrup. (We featured them not too long ago in the Art&Seek Artist Spotlight.)  Their focus is on using indigenous creative practices to promote cultural understanding of the Texas/Mexico border, and they use natural dyes from plants to create inks for their artwork. 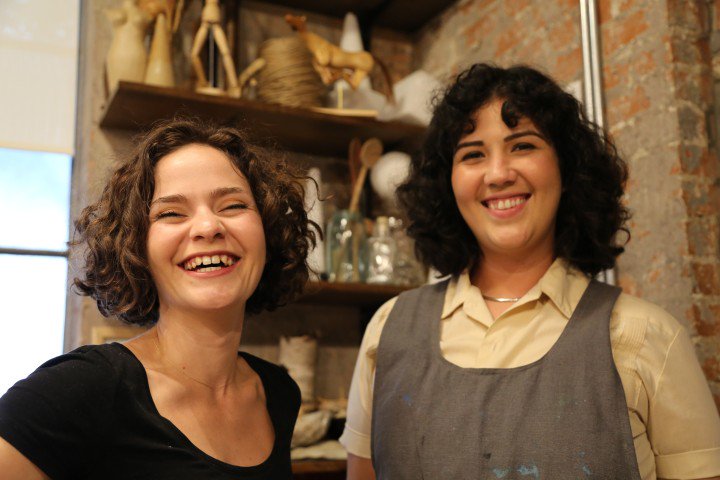 Rogerson says Tierra Firme will help select the plants and develop educational programming. So far, the artists have created two workshops for 2018.

The garden, located in the Cedars neighborhood of South Dallas, is in the middle of what the USDA considers a food desert, meaning there’s limited access to fresh and affordable food. 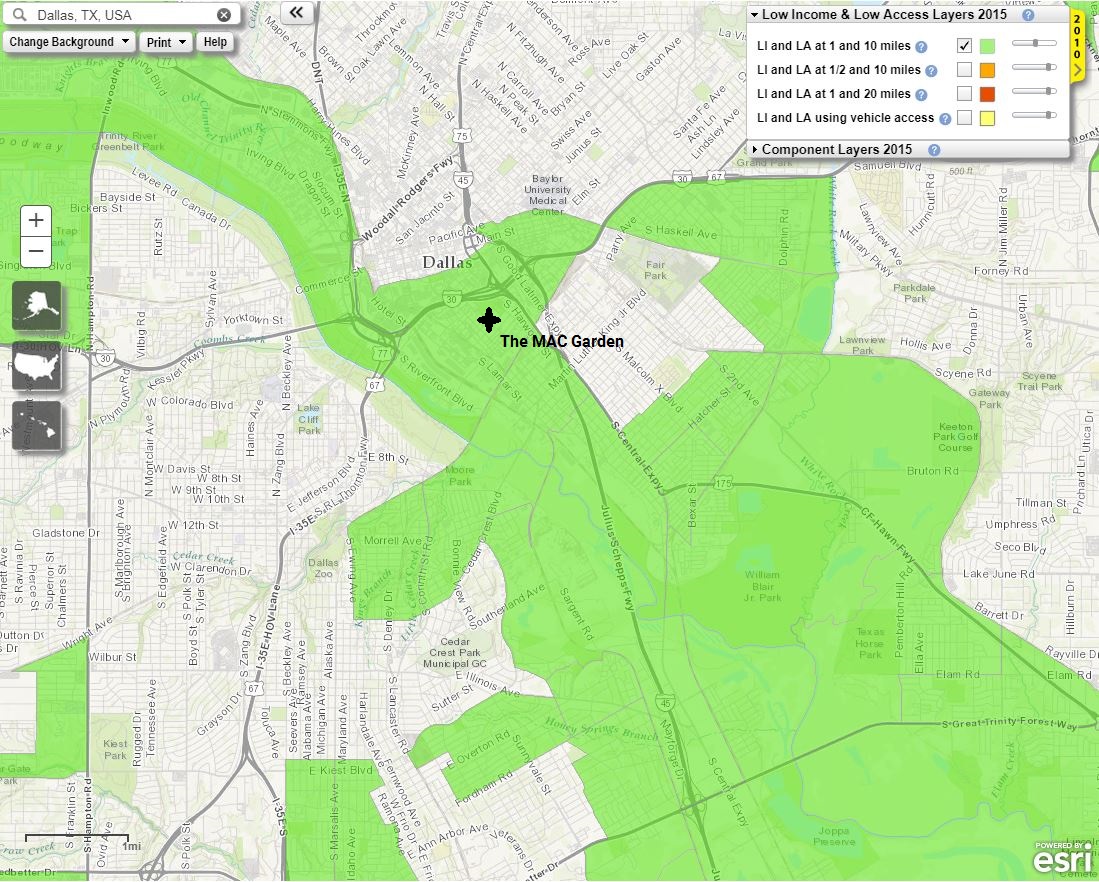 The U.S. Department of Agriculture’s food desert map. Highlighted in green are the low-income census tracts where a significant number of residents are more than one mile from the nearest supermarket. Last updated May 2017.

Rogerson says the MAC plans on reaching out to nearby residents in the apartment complexes throughout the neighborhood to advertise the gleaning garden as a local resource.

“This project does not aim to fix food scarcity in the neighborhood, but to bring awareness to the issue,” Rogerson says. “The quarter-mile stretch of South Ervay St. from The MAC to Downtown has long been vacant and with approximately one acre of green space available, there is no reason not to put this land to good use.”

The MAC will be hosting community meetings at The MAC offices at 1501 South Ervay St. on the following days: