Almost anyone can make a time-lapse video with a smartphone. But to master that art, you need technical know-how, patience, timing, and luck.

Art&Seek producer Dane Walters conducted an extensive interview with Jordan Mathis. Read a portion of the interview by visiting this link.

On a bright and sunny day, videographer Jordan Mathis sets up up for a shot at Fort Worth Water Gardens. His eight-foot-long, motion-controlled camera-tracking system sits precariously on a high ledge and extends out over the cascading water. His rig costs thousands of dollars, and it looks like it could teeter over at any moment. He shouts over the sound of the rushing water.

“I still kinda want the tilt to be the same,” Mathis says. “The problem is, my pan is off.”

“Yeah, that’s cool. I like what I’m looking at, I’m gonna turn this real-time move into a time lapse.”

His goal today: to capture the setting sun, and the visitors as they explore all the ledges and waterfalls in the sunken fountain.

“I love time lapse. It allows you to see, maybe a cityscape that you’ve seen a hundred times, it lets you see it new again,” he says. “There’s all these different elements about nature and people, that when you just speed it up, something magical happens.

Mathis, whose Instagram handle is @timelapsejunkie, graduated in 2008 with a film degree from SMU. He got started with commercial film and photography. In 2014, he decided to specialize in time-lapse and motion-control photography. He’s worked for some big-name clients: HBO, BBC, MTV, NFL films.

Dallas, I love you!

To make his mesmerizing time-lapses, Mathis uses a camera system developed in North Texas by a company called camBLOCK. The system lets him program complicated moves, right on location, using a tablet.

“It’s hard. It takes a lot of planning, a lot of prep and you have to problem-solve ahead of time,” he says.

Once he’s set it up, the camera pans, tilts and glides around the track. He captures complex moving shots, as the sun recedes, and the Milky Way pivots into the night sky. On another shoot, his camera twists and rotates, seeming to float through the steel supports on Fort Worth’s 7th Street Bridge. These shots can take hours to plan, hours to capture. Mathis has to consider how people, cars, the scenery, and the sunlight – all will change over that entire time.

“So I have to look at the landscape and say ‘here,’ set up and start rolling. You have to think about where traffic is going to move, where people are going to move, this is gonna work, there’s a light over there, it’s going to turn on in three hours, it’s gonna cast a shadow here, that’s not gonna work,” he says. “And that trains you into making decisions quickly.”

Mathis travels to capture these kinds of shots: Seattle, San Francisco, Chicago, New York. In a matter of seconds in his videos, clouds seem to tumble across skies, anywhere from New Mexico to Guatemala. A single time-lapse can require thousands of still photos. Mathis sets up several cameras at each shoot to catch multiple angles. Then he spends hours combining the time lapses into videos he features on Instagram, and his Vimeo channel.

“Sometimes when I go out and shoot a project, I’ll shoot two terabytes of footage. The fifty, sixty thousand stills and process it into time lapse, throw it in a timeline, trim it out, figure out what the best representations of each of those ideas are, and I’ve got sixty seconds of footage. Out of all that. But that’s where the magic is,” he says. “It can’t just sit on a hard drive and be magic. It’s in the edit. It’s in the distillation. It’s in that exhibition.”

The community of time-lapse photographers is small. Sometimes, Mathis meets up with others around the country for multi-day shoots. Sometimes, he works with an assistant. Usually, he works alone.

Don’t let life pass you by 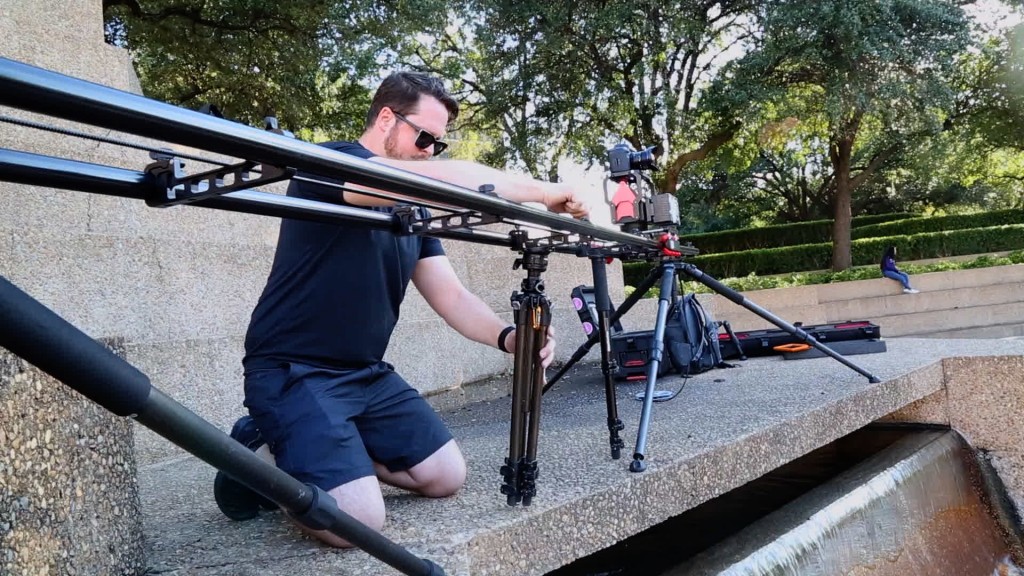 “Passing the time when you’re time-lapsing can be boring. You spend a lot of time with yourself, and podcasts, audiobooks, huge fan of those. Thank you, podcasters. You save my life.”