Skip Navigation
Home > ArtandSeek.net > To Be Clear: ‘All The Way’ Is NOT The DTC’s First Collaboration With The Alley 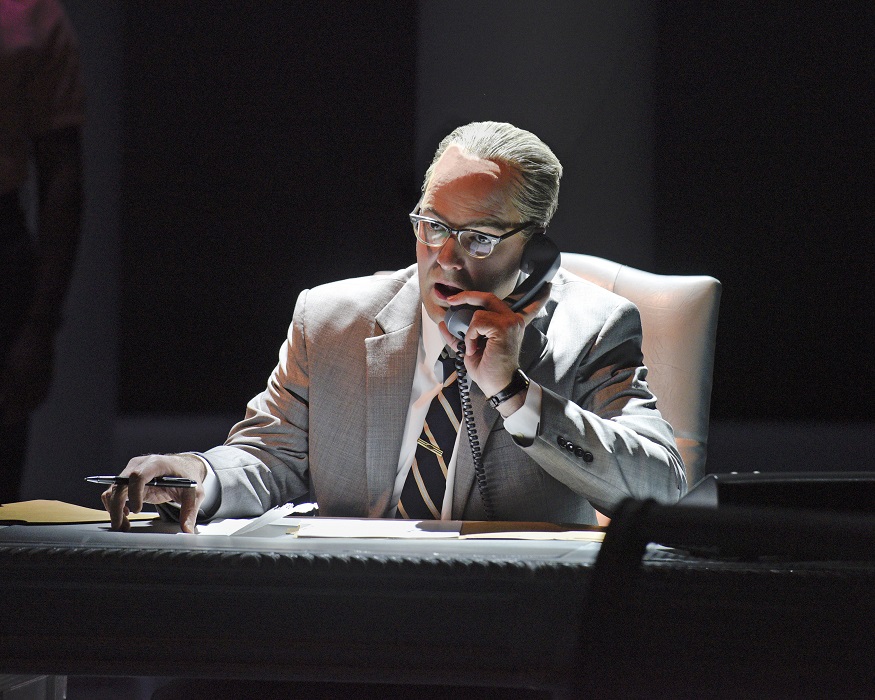 Brandon Potter as Lyndon Johnson at the Alley Theatre in ‘All the Way.’

The press materials, the Houston reviews and the initial North Texas media coverage greeting the Tony-winning LBJ drama ‘All The Way’ opening at the Dallas Theater Center this weekend continue to describe the Alley Theatre-DTC production  as the two theaters’ first collaboration.

I thought so, too, and said so online. But actor Tyress Allen reminded me of a show I’d forgotten that he’d appeared in: ‘Miss Evers’ Boys’ by David Feldshuh at the Dallas Theater Center and the Alley Theatre in 1992.

Turns out, though, it was hard to confirm Allen’s (and my refreshed) memory. If you have the DTC’s official history from 2009, ‘Staged Right,’ you’ll find no mention of that show’s collaborative nature, no involvement with the Alley. And nowadays, the online archives for both the Dallas Morning News and the Houston Chronicle are effectively worthless as reliable research sources beyond the past decade or so. I wasn’t able to find any reviews, any feature stories or news reports using a number search terms (‘Miss Evers,’ ‘Tyrees,’ ‘David Feldshuh’).

So it was off to the Newsclipping Labyrinth at home. And there was a print version of the March 22, 1992 Dallas Morning News’ feature section with the story headlined ‘Bad Medicine: At the Dallas Theater Center, a drama explores medical research gone wrong and a society that can’t cure its own ills.’ The third paragraph on that front page reads, “‘Miss Evers’ Boys,’ a pioneering co-production between the Alley and the Dallas Theater Center that opens Tuesday in Dallas, is about the painful breakdown of Willie Johnson, his complete degeneration because of untreated syphillis.”

This doesn’t detract from artistic director Kevin Moriarty’s achievement — after 24 years — of getting the second collaboration between the two largest, longest-established theater companies in Texas.