Skip Navigation
Home > ArtandSeek.net > To The Moon! At The Fort Worth Modern

A sculpture by Los Angeles conceptual artist Glenn Kaino was the talk of last year’s splashy art fair, Art Basel  Miami. Now it’s part of a small show at the Modern Art Museum of Fort Worth — one of the museum’s Focus series on current artists. The sculpture looks like something from a storybook, a sad clown sitting on a moon. KERA’s Jerome Weeks sat down with Justin Martin to explain it’s actually a complex, computerized piece that raises haunting questions about our future in space.

Glenn Kaino’s artworks will be at the Modern Art Museum in Fort Worth through April 17th.
JWJustin, this week I’m going to show you an artwork, a video of an artwork. It’s by Glenn Kaino – he’s a LA conceptual artist whose works are in a Focus show, that’s the name for the smaller exhibitions at Fort Worth’s Modern Art Museum, shows spotlighting current artists.

But this is a video of one piece by Kaino. It’s been intensely researched and thought-out. What we see here is about three feet high. So take a look.

Justin: It looks like a mechanical clown of some sort, sitting on a crescent moon.

JWRight. The clown is all in white; he’s known as a Pierrot – he’s always dressed like that with a big floppy collar. He’s the French kind of clown we Americans generally see as arty and pretentious or sentimental. That’s because traditionally, Pierrot is sad – he’s not funny or abrasive or —

It’s definitely not Krusty the Klown we’re talking about.

JWRight, yes. In fact, in the 18th and 19th centuries, French artists adapted Pierrot into a kind of mascot, he’s the sensitive soul, an outcast from the regular world, like them. So there’s a whole tradition of sculptures, mechanical dolls and music boxes with Pierrot, the sad clown, consoled by his only friend, the crescent moon. You can Google Pierrot and moon and you’ll get thousands of images of them.

But at the Modern, we have a mechanical Pierrot, interacting with a moon, which has a face and an eye that tracks you around the room when you enter the gallery. There’s a motion sensor in the ceiling. And there are two other things that make Kaino’s sculpture stand out as unusual, unlike all those conventional Pierrots. Let’s play the video.

So it looks like the moon is singing here. And I can’t make out the words, but it sounds like ‘The Internationale.’

The traditional anthem for Marxists and revolutionary workers.

JWExactly. An odd thing for the moon to sing to Pierrot. Now hit play again. So what is happening? 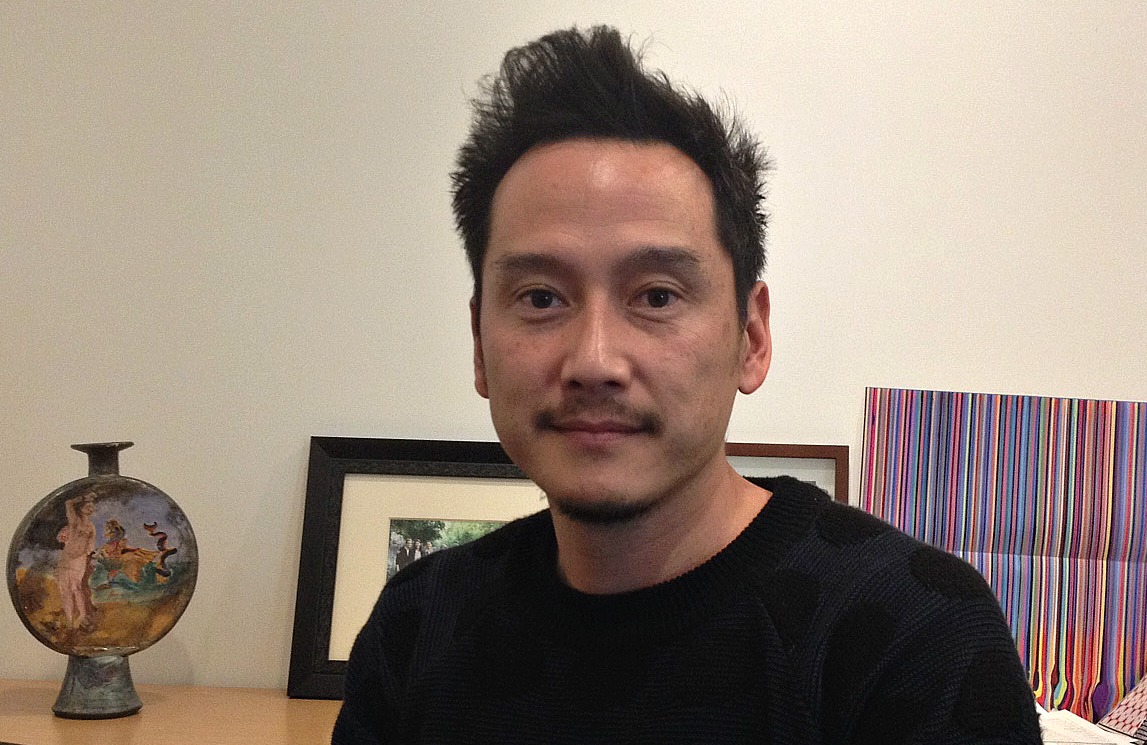 OK, Pierrot lifts his head and looks at the moon, and it’s like half a head. And it kinda looks African.

JWIt’s like a mask. And it does look African. You might figure out whose face that is because it’s a white mask. There’s a famous book from 1952 called ‘Black Skin, White Masks’ – by the writer Frantz Fanon. He was Afro-Carribbean, a revolutionary political theorist and sociologist, in the ’50s and ’60s, well-known then because was a pioneer in attacking colonialism, the exploitation of the Third World by the West. His best-known work  was called The Wretched of the Earth, and that title is from the song —

JWExactly. Now to put all this about Pierrot and robots and ‘The Internationale’  into some context, you need to know that Kaino has said this is just one part of an entire series about exploring outer space.

There’s the moon, which is kinda close, but what’s this got to do with outer space?

JWWell, Kaino brought together an entire team to examine different aspects of what this ‘artifact from the future’ might look like, how it might function if we’d actually lived on Mars or the moon for decades, even generations. He even researched phonetics — because one of the common effects of colonization is the development of different languages, different accents. Australia, Canada and America were all once British colonies. But we all have identifiably different accents, different slang.

So if you happen to know French well, you might be able to tell the French the moon sings doesn’t sound like perfect French. The moon lisps. Kaino explained that one expert theorized if we’d lived on Mars or the moon long enough, we’d be so used to speaking through astronaut headsets that F’s and S’s would begin to blur together. Just listen to NASA transmissions. So Kaino actually developed lunar and Martian versions of French and English — that’s how highly thought-through this whole project is. Even its title, ‘L’enetenafionale,’ is partly made-up, pseudo-French.

As for your question about what all this has to do with exploring outer space, a simpler way to think about it would be: What are the terms we use for exploring space? It’s the new or the final … ?

JWRight. And what do we call it when we go to live on the moon or on Mars? We’re going to build –

JWRight. Colonies. Frontier. These are words that do not have a great history in America.

So what’s he saying here?

The actual object was inspired by this notion of looking into space and to ask why are we interested in colonizing space, when we are in crisis on the planet that we currently exist on. But it’s not a lecture.

So he’s not trying to make a big statement. He’s trying to raise questions, some of the same questions raised by Frantz Fanon — only here, they’re applied to the future.

Essentially, why are we talking about exploring planets with the same terms of exploitation and colonization that we used on the New World and the Third World? Look where that got us.