The Turtle Creek Chorale’s holiday show is always one of the most anticipated of the season in Dallas, but the men’s choir thought it best not to pack hundreds of vocalists on a stage this year.

Instead, they’re presenting a show tailor-made for the screen.

“Pretty much for the bulk of our 40 years, our holiday shows have been our signature concerts” Wayne said. “We kind of go all out from the bawdy to the serious. It’s a mix of all emotions thrown into it.”

Like many performing arts groups, the men’s choir has been turned upside down by the pandemic.

Their last big live show was in February, a fundraising gala that’s kept the group afloat through the year.

While they haven’t been on stage, the choir’s been busy: learning to record performances, upgrading technology, and hosting socially-distanced parking garage shows.

“The staff is fairly beat down right now because it’s been a year,” he said. “We haven’t been able to, beyond stage, do what we normally do. This whole process is a lot of work. People would think, ‘Well you’re not putting on shows, therefore you’re not working,’ but the staff has been going full steam ahead and probably even then some.”

Still, Wayne held out hope that the choir would reunite to sing again for the holidays. 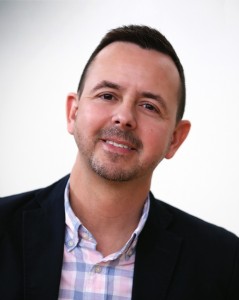 “When it became apparent that choirs were considered what I like to call the fire-breathing dragon of the COVID world for arts groups, we knew this was going to be a long haul,” Baugh said.

There was no way the chorale’s 250 members would be singing to a live audience, so Baugh shifted gears and got to work on a Plan B.

“The best thing I’d equate it to is a holiday cabaret,” he said.

In lieu of their usual performance, the choir has put together a free virtual show that people can stream from home.

“So, we’ve created a hark back to the old holiday specials in the 60s and 70s, where hosts would invite guest stars into their homes and they’d sing a little song. It was casual and fun,” Baugh said.

Local actor B.J. Cleveland will host the holiday cabaret as Liza Minelli, and it features all-new recorded material with some of Turtle Creek’s most talented members singing solo.

The choir typically starts preparing for the holiday program as early as August, but Baugh says rehearsals were quite brief this time around.

“When I say ‘quite brief,’ I mean they had a chance to rehearse about 30 minutes before they had to record their number,” Baugh said.

It’ll provide a short escape from 2020. Still, Baugh says it cannot replace their live shows, not just for the audience but for the choir’s members.

“For the Turtle Creek Chorale, it’s church for these guys,” he said. “They come week after week like it’s worship service.”

Kevin Hodges has been showing up for Tuesday night rehearsals for 28 years.

“It’s been tough because I think every Tuesday night, that’s our place to be who we are and make beautiful, beautiful music,” Hodges said.

The choir has kept in touch through virtual meet-ups, but Hodges is looking forward to singing together again.

“That’s been a huge challenge of missing not only walking on stage and seeing a live audience, but being able to stand side-by-side and blending together as one voice and watching what happens when we share that music from the stage,” he said.

Baugh is already planning their reunion.

“I know exactly what we’ll sing when we get together again. There’s a beautiful piece called ‘The Awakening’,” he said. “It talks about imagine a world where there was no song, no hallelujahs. The song morphs into a place where music was able to live again.”

Baugh doesn’t care how rusty the choir might be. Those first few notes will still sound sweet.