In the wake of the COVID-19 pandemic, arts alliances are stepping up to raise money to help local creatives and arts organizations.

In Fort Worth, United Way of Tarrant County and nonprofits Hear Fort Worth and Film Fort Worth have created the Creative Industry Relief Fund, which offers one-time grants of $300 to help support musicians, artists, performers and filmmakers who have lost work.

And TACA, which provides funding grants to dozens of North Texas groups, created an emergency relief fund to aid arts organizations in Dallas County experiencing a loss of revenue from the consequences of the pandemic.

For local creatives, like Kris Williams of Fort Worth, there is a heightened uncertainty of financial stability.

Williams, 30, is a member of Danni and Kris, a local band who travels around the state of Texas and plays gigs five-to-seven times a week. It’s her full-time job, but it came to a halt when entertainment venues began closing on Mar. 17.

“Really to me, the most tragic thing is having my passion and what I love doing stripped away from me,” said Williams.

One of their first applicants to apply for – and receive – the Fort Worth funding. 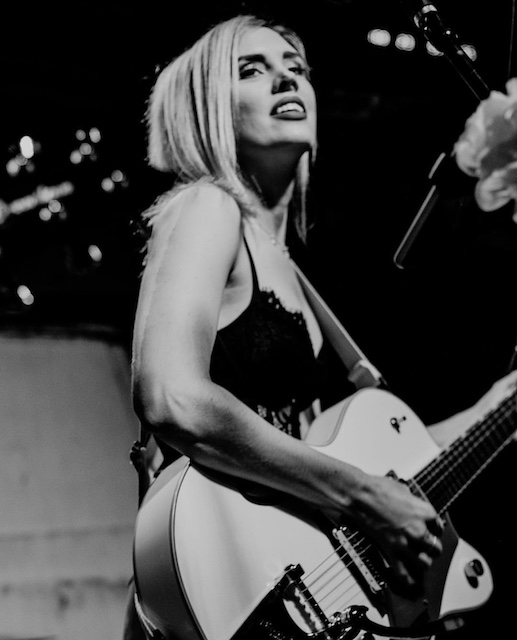 Photo Courtesy of Kris Williams of Danni and Kris

Mitch Whitten, executive vice president of marketing and strategy at Visit Fort Worth, the parent organization of Hear and Film Fort Worth, said more than 150 people applied within the first two days of the application being open and have been able to distribute money to the first 50 people.

Organizers hope to raise $20,000, and the fund will stay open for more donations once they’ve reached their goal.

The fund is an extension of Fort Worth musician Rachel Gollay’s GoFundMe campaign Fort Worth Artist & Service Worker Relief Fund, which raised $10,000 with provided support of $200 per qualified applicant.

“The relief fund will never replace all the lost business they have had, so we really want to accomplish two things,” Whitten said. “We want to do anything we can to put just a small amount of money in their hands. To creatives who have done so much for our community, who’ve brought life, vitality, creativity, music, art, film. Second, we want to show them that as they’ve been there for us, we want to be there for them.”

Spring shows are a big hit for creatives. Dominique Patton, known as DJ Soft Cherry of Fort Worth, had a fully booked schedule for the rest of March. She calls her bookings proper events, but in the “gig world” half of her sets give notice the week or day of, she said.

“My work really depends on people gathering together, so I’ve really been affected negatively from the uncertainty of everything,” Patton said. “Has definitely taken me to a dark place. I don’t feel very creative.” 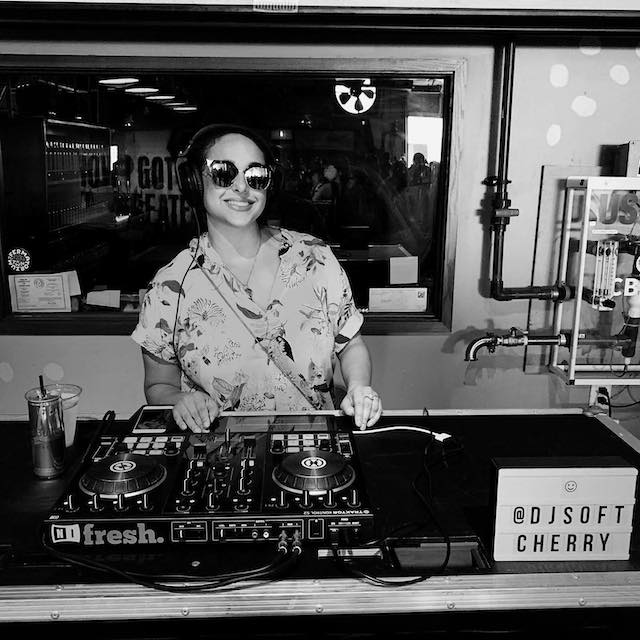 Photo Courtesy of Dominique Patton, known as DJ Soft Cherry of Fort Worth

Before the spread of COVID-19 hitting North Texas, Patton was making about $2-4,000 a month doing local sets in the Dallas-Fort Worth area.

As soon as Patton saw Hear Fort Worth post about the creative industry relief fund on social media, she applied as fast as she could.

“This was my full-time job and a lot of people’s and we were successful, you know,” Patton said. “It started as a hobby but it turned into my full-time work. I quit what I was doing before, which was also events, but DJing was solid, solid work and now it’s just gone.”

The loss of work from the COVID-19 crisis has led to many artists transitioning online, hoping to find an audience and work.

Danni and Kris have been performing “digital jams” live on Wednesday’s through Facebook, reaching an audience of nearly 3,000 people. DJ Soft Cherry has done two sets on live too. While they haven’t received many donations, the support from the community has been uplifting.

“The coolest part is we’re getting to communicate with our audience, which is one of the things we’ve been missing,” Williams said.

All applications will be considered and will be distributed on a first-come, first-serve basis, according to the United Way of Tarrant County’s website.

Donations and applications for the fund can be found at the United Way for Tarrant County’s website.

TACA has your back, arts organizations

In Dallas, grants of up to $10,000 will be available to arts organizations in two waves, one at the end of April and again at the end of May. TACA has raised $35,000 for the emergency relief fund. The emergency funding is not limited to the recipients who received funding in 2020.

President and Executive Director Terry D. Loftis said the original goal for the fund was  $100-150,000 when TACA staff began working on the fund about three weeks ago.

“We knew that this particular situation around COVID-19 was probably going to be a huge impact for arts organizations and not having a clear cut vision as to how long this might last,” Loftis said. “We felt the need to create this fund in the event that this went on longer.”

Once TACA started the initiative with other foundations  it “picked up a life of its own,” Loftis said. Loftis anticipates donations going up within the next month.

“We wanted to include a second round of funding based on need because we anticipate there’ll be some organizations who will perhaps not apply now based on their current financial standings,” Loftis said.

TACA is accepting applications based on nonprofit performing and visual arts organizations impacted by the pandemic in Dallas County. Organizations must have an annual budget less than $5 million “and provide performing/visual arts programming for a live, public audience as a core part of their mission,” according to the TACA website.

“The entire Dallas arts community is reeling right now from the effects of the COVID virus,” said Jennifer Scripps, director of the City of Dallas office of arts and culture in a statement. “Many of our relatively smaller groups add so much to the vibrancy of our city – they often train our emerging artists and arts professionals and experiment with new works. However, they do not have the resources – endowments or established large donor bases – to see them through this challenging time.

To apply for the emergency relief fund, visit the TACA website.