Skip Navigation
Home > ArtandSeek.net > What Does Equity In The Arts Mean For the LGBTQ Community?

Art&Seek’s State of the Arts is holding its next public panel Thursday at the Dallas Museum of Art – and the topic this time is the issue of equity in the arts for the LBTQ community. There’s been much discussion about equity for minority arts groups and neighborhoods, especially as it pertains to Dallas’ new cultural plan. ‘Equity’ in this case means ‘impartiality’ or fairness’ in city support.

But is equity in the arts any different for the LGBTQ community? Anne Bothwell asked Art&Seek’s Jerome Weeks, who’s moderating the panel. The expanded version of their conversation:

Anne: Jerome, equity is such a hot topic in the arts community right now – equity for artists of color, for the disabled, for women. What does it mean for the LGBTQ community?

Now, the issue of visibility may not seem obvious to some – ever since the international success of gay dramas like ‘Angels in America,’ which was recently revived by Uptown Players in Dallas (and was re-staged to acclaim in London and New York). Or when you consider all the media attention given to the transgender characters in TV series like ‘Orange is the New Black,’ ‘Transparent,’ ‘Mr. Robot.’ 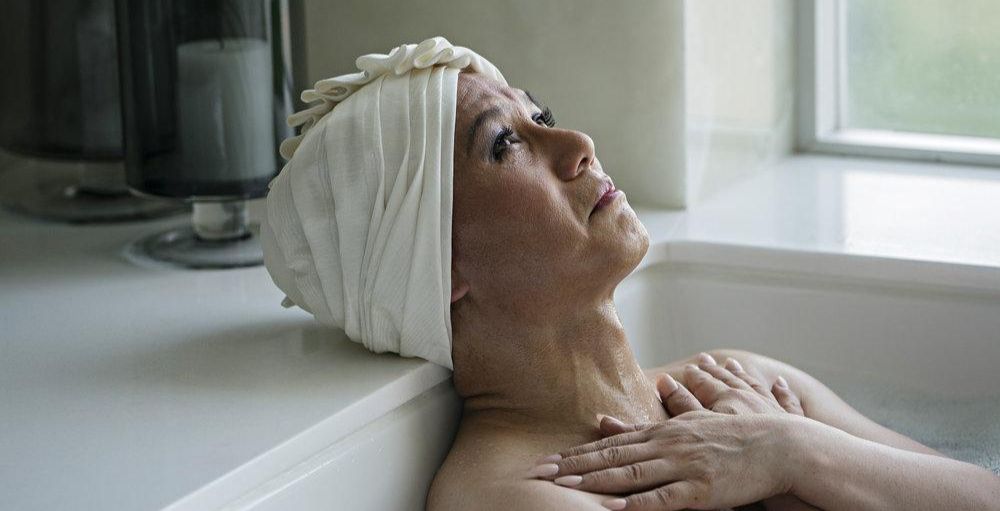 B. D. Wong as the mysterious transgender character Whiterose in the TV series, ‘Mr. Robot.’

But Olivia Grace Murphy puts all that attention into perspective. She’s the company manager for Flexible Grey Theatre.

“I can’t name a single play off the top of my head that stars someone who identifies as gender non-binary or gender fluid. Even as a bisexual woman, the only real play I have to look to is ‘Rent.’”

And that show, the musical, ‘Rent,’ is 25 years old. So a lot of the recent attention can seem like so much celebrity froth. It doesn’t actually affect regular people’s lives – especially when a number of recent TV shows or movies have gone for the melodramatic or lurid. The trans character in the movie, ‘The Dallas Buyer’s Club,‘ dies of AIDS. The trans character in the British TV series, ‘Hit & Miss,‘ was a contract killer. The transgender character in ‘Mr. Robot’ is the mysterious leader of a Chinese hacker collective called the Dark Army.

“I feel like normalizing queer culture is essential. It’s a really big part of having the Average Joe know that we’re just normal people leading normal lives. Queerness is unique because it’s invisible diversity. When you look at me you can’t necessarily say, ‘Well, she’s a bisexual woman.’ You can tell that I’m a white woman but that essential part of my core is invisible unless I talk about it. 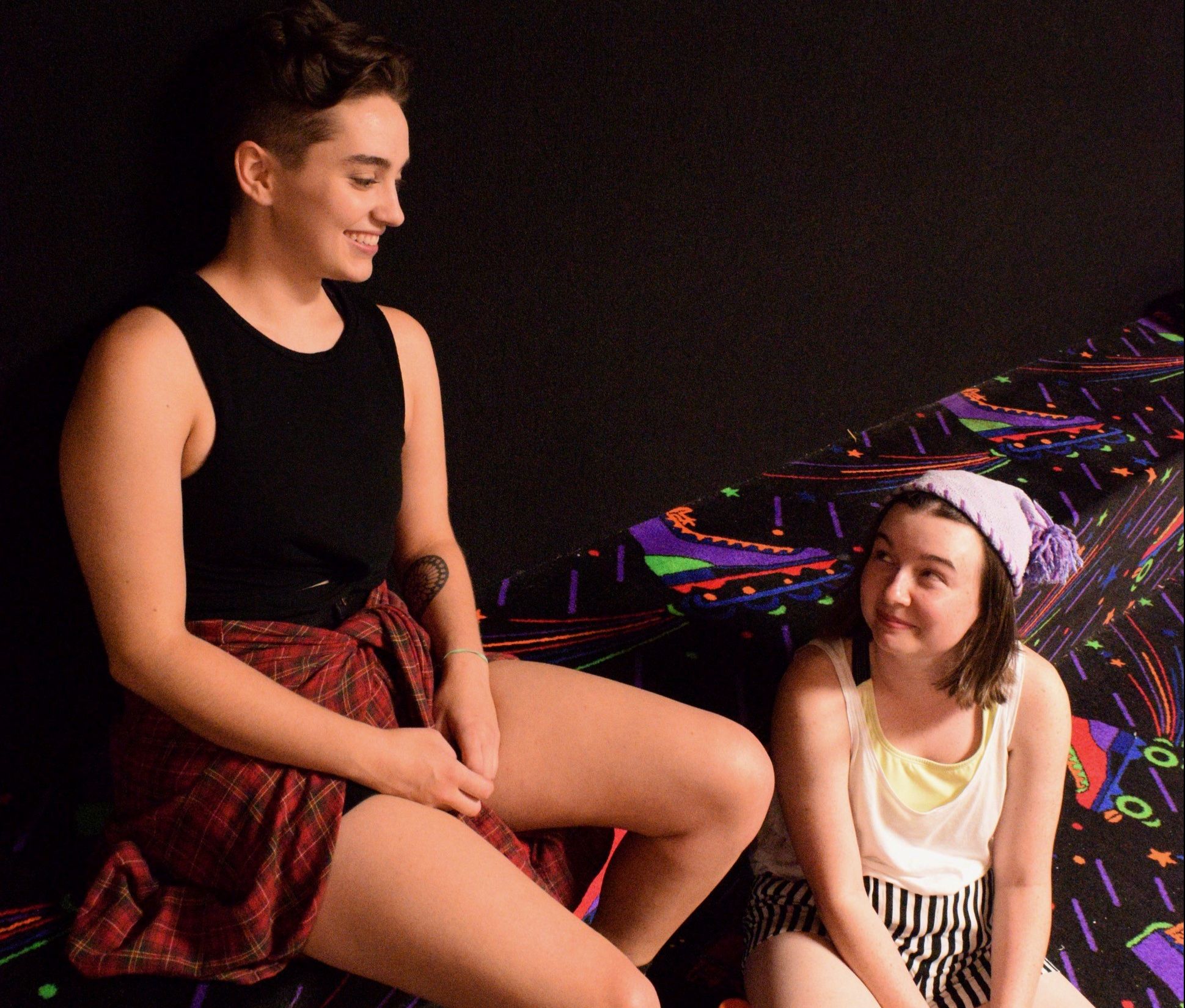 And talking about it is important. I mean, studies have shown that a major factor determining any person’s attitude to LGBTQ people is whether they simply know one personally.

Jerome Larez makes the same point. He’s co-founder of the group, Artitude. Artitude covers  a lot of different disciplines from art songs to visual arts exhibitions. And what unites all of these projects, Larez says, is telling the stories of the under-served communities: LGBTQ, women, the disabled: “I see equity as representation, and inclusiveness. You can’t have equity without including everyone.” 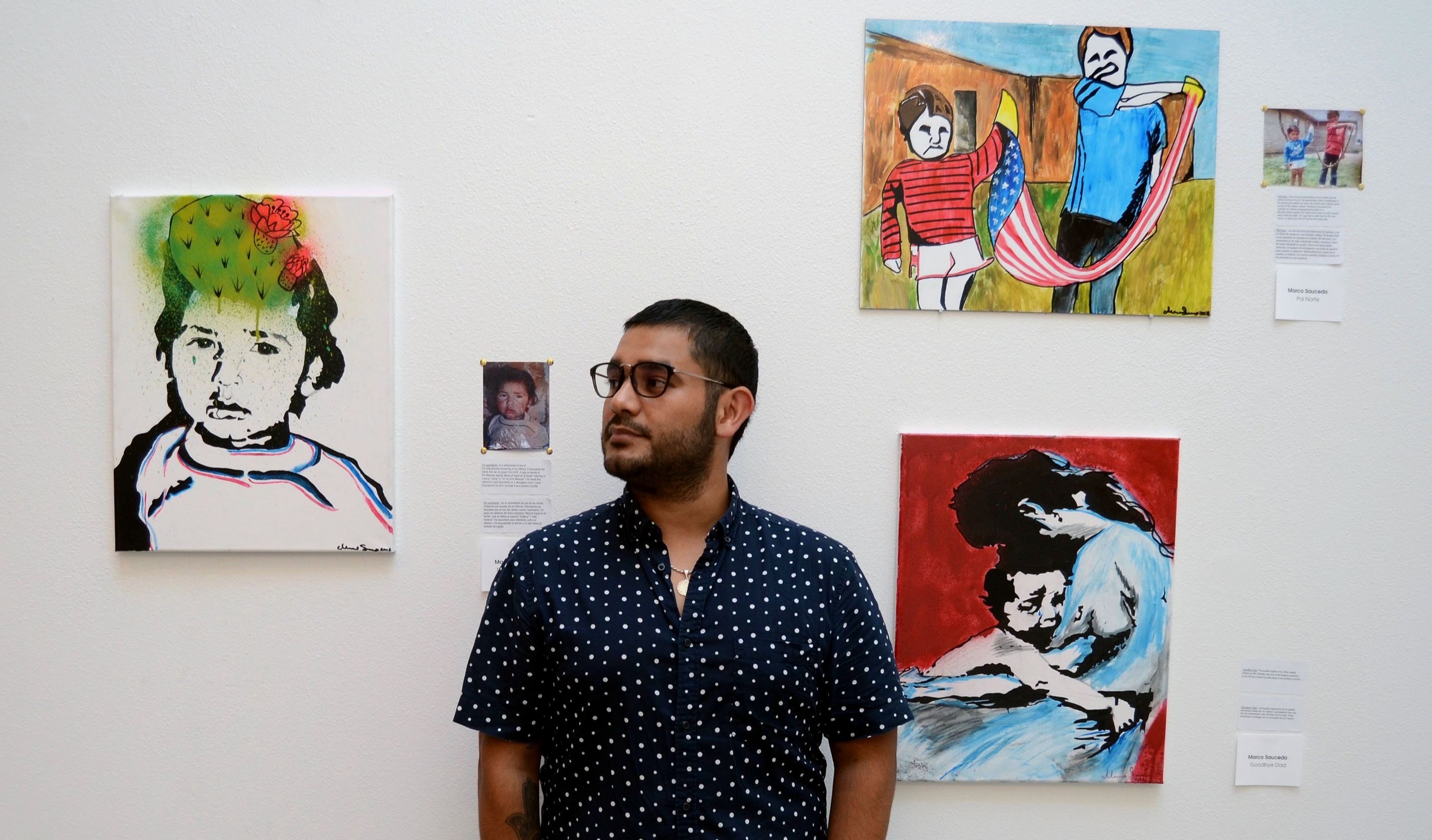 Marco Saucedo with three of his paintings in the recent show, ‘MariconX.,’ presented by Artitude.. Photo: Olivia Peregrino

When artists talk about equity, a lot of times they’re talking about funding. When Larez says you can’t have equity without including everyone is he talking about city funding for arts groups that serve the LGBTQ community?

In fact, the Dallas Office of Cultural Affairs has proposed a new cultural plan which is designed to address some of these issues.

“I’m very happy to see the new cultural plan. And in my reading of it, they do acknowledge that there’ve been some inequities in the past and that they’ve included language with LGBT and other minority groups within the cultural plan, which is good. I think acknowledging it and putting it on paper is one way of doing it. But we need to go further.”

Increased equity in city funding happens to be the first of the six priorities in the city’s new cultural plan. Diversity is the second.

How these will be achieved is a different matter.

I understand this State of the Arts will be different – it starts off with performances.

Yeah, we’re mixing things up a bit. Dallas artist Erica Felicella is creating a performance art piece specifically for this evening, addressing LGBTQ equity. Flexible Grey Theatre will present excerpts from their show, ‘Bridges’ – it’s drawn from the real-life experiences of older LGBTQ people. And because Artitude works in different art forms, they’re creating this unusual, multi-genre piece. It features visual art works from a recent show of theirs, singing from the classical duo, Das Blumelein, and three models showing off fashion designs – all of this at once.