Ol’ Vincent — he’s having a cultural moment these days, isn’t he?

But at the moment, no other artist has dozens of splashy, digital light shows drawing paying crowds across the planet. North Texas has two of the most popular: the Immersive Van Gogh Exhibit in downtown Dallas and Van Gogh: The Immersive Experience at Globe Life Park in Arlington.

So why are these things popping up everywhere? And why now? 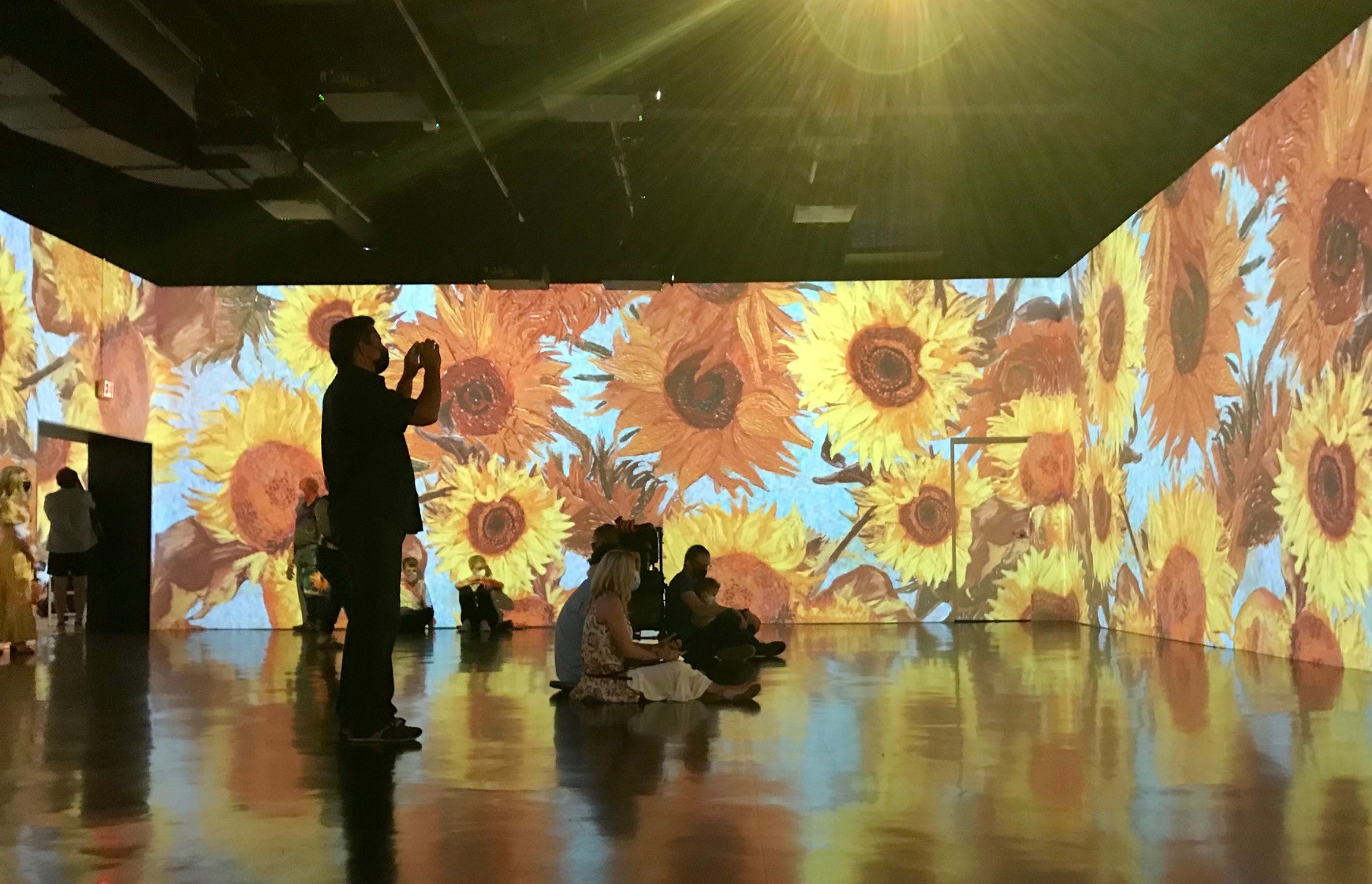 And they’re touring shows with no actors. They’re concerts with no live musicians. They’re also held in big-ish venues with timed tickets. So the threat of COVID infection is reduced (though hardly eradicated — both shows require visitors to wear masks).

The lack of actors, musicians and dancers means these shows are cheaper than a Broadway tour or a stadium rock show. They’re certainly expensive to set up initially: all the digital projectors, programmers, composers and animators, plus a suitable venue to upgrade.

But once that initial outlay is done, the overhead is much lower — even as the tickets can be pricey for shows that don’t run more than an hour (regular children’s tickets for the Exhibit are $29.99, for the Experience, they’re $19.90).

And right now — considering the reduced box office for Hollywood movies and the cancellations of concert tours — these light shows face relatively weak competition when it comes to family entertainment.

Most people probably know some of the famous basics about van Gogh: the anguished genius, the lack of sales, the mental illness, the mutilated ear, the gun. He’s undoubtedly the most famous artist-suicide in history..

And if you don’t know that much, no worries, there’s no test. These shows aren’t biographical, they’re mythological. What’s here is a visual bath in the familiar sunflowers, swirling stars and ecstatic brushstrokes, in wall-sized paintings that repeatedly merge, flow, shimmer and dissolve.

What’s here is designed for selfies and cellphone videos, so you can feel you’re inside a rapturous wheatfield or a somber cafe lit by a lamp that seems to explode..