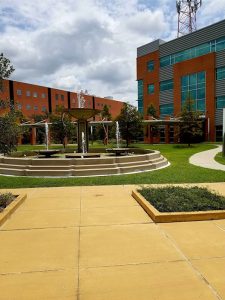 On September 14, 1927 Houston Public School Board agreed to fund the development of a junior college in Houston for African-Americans. Houston Colored Junior College was established to provide an opportunity for African-Americans to receive college training. In the year of 1934, Houston School Board changed the junior college to a four-year college-Houston College for Negroes. After the landmark suit filed by Herman Sweatt Texas State University for Negroes was created to be an equivalent of the University of Texas in Austin. Five years following the new school students petitioned the state legislature remove the phrase “for negroes” from the school’s name. On June 1, 1951 the name of the school was changed to Texas Southern University.