The Thurgood Marshall School of Law at Texas University was founded in 1946 after Heman M. Swe 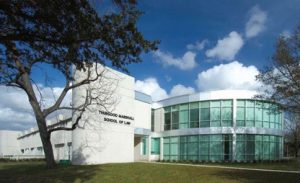