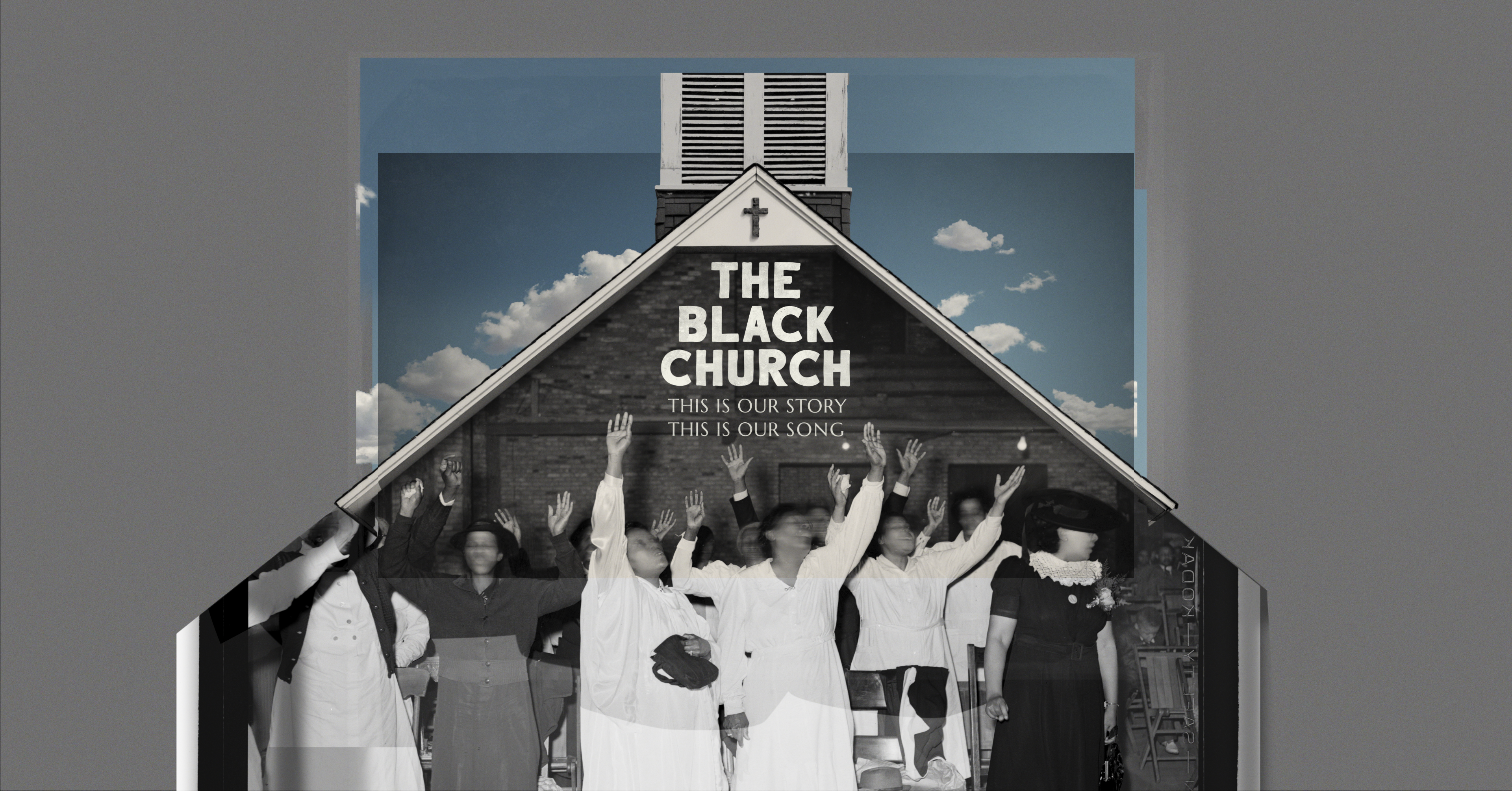 While not a comprehensive history of the rise of Black churches in North Texas, this timeline offers an overview showing African American arrival, congregation establishment and growth across the Dallas-Fort Worth area. Scroll starting in 1847.

This timeline was inspired by the PBS documentary The Black Church: This Is My Story, This Is My Song. Visit kera.org/blackchurch for more features, like memories, music, discussion guides, stories and more from across North Texas. 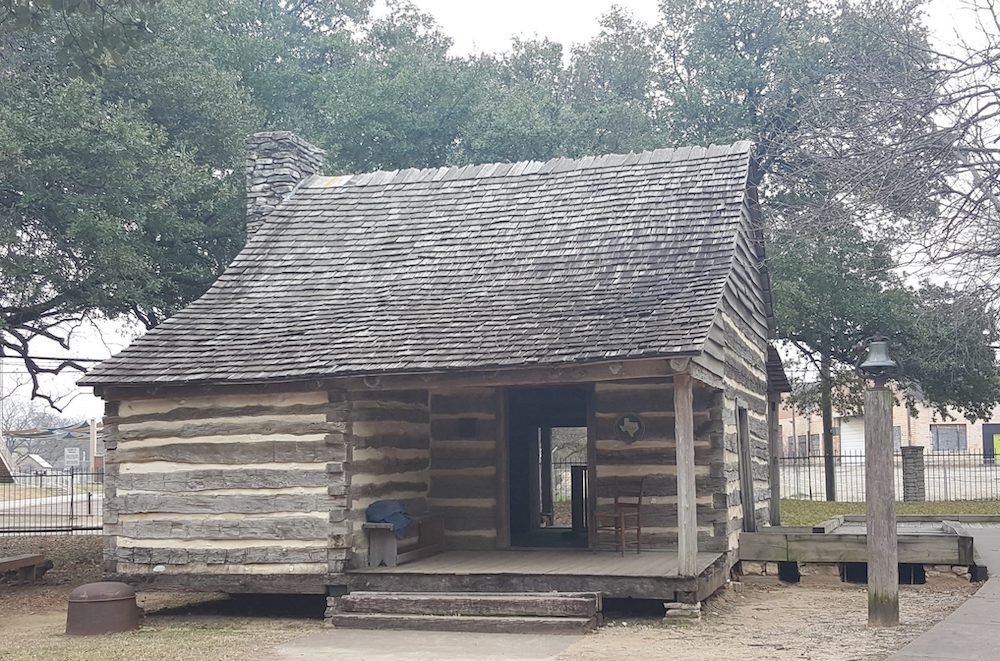 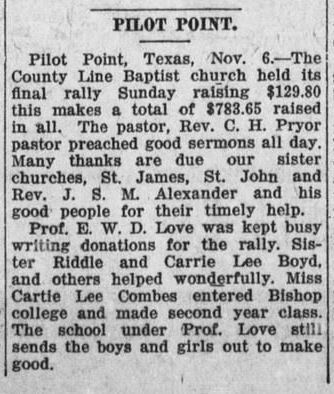 A Dallas Express news item from October 19, 1919, reported that a rally at County Line Baptist Church raised $357.80. / Credit: The Dallas Express via the University of North Texas
Former slaves formed the County Line Baptist Church (also known as The Colored Missionary Baptist Church) between Cooke and Denton counties in 1863, meeting in a brush arbor. A freed slave who had moved from Chambers County, Alabama, Lewis Whitlow, led the efforts to construct the first building in 1874. The congregation relocated to Pilot Point in 1882. County Line also served as school, teaching former slaves how to read and write.

Black missionaries and a white minister met under a large elm tree in what is now Far North Dallas to form Mt. Pisgah Missionary Baptist Church. Many of the Black founders were enslaved. The current church is located in Northwest Dallas. 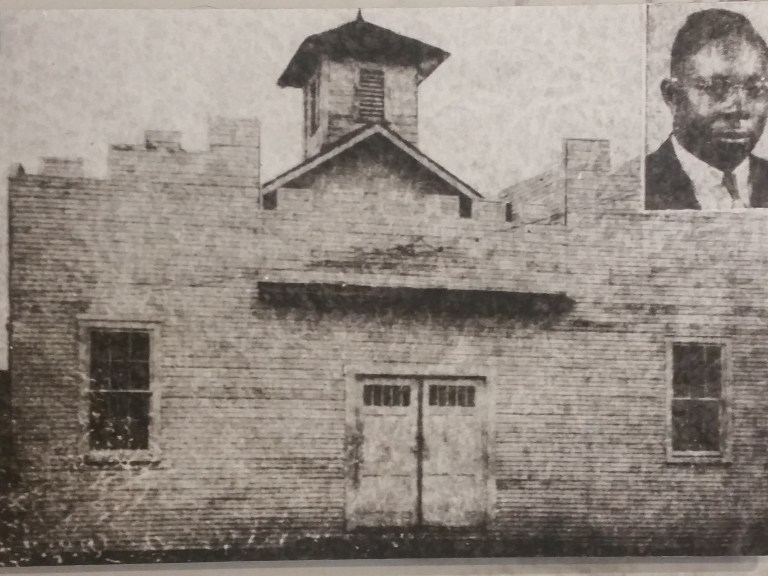 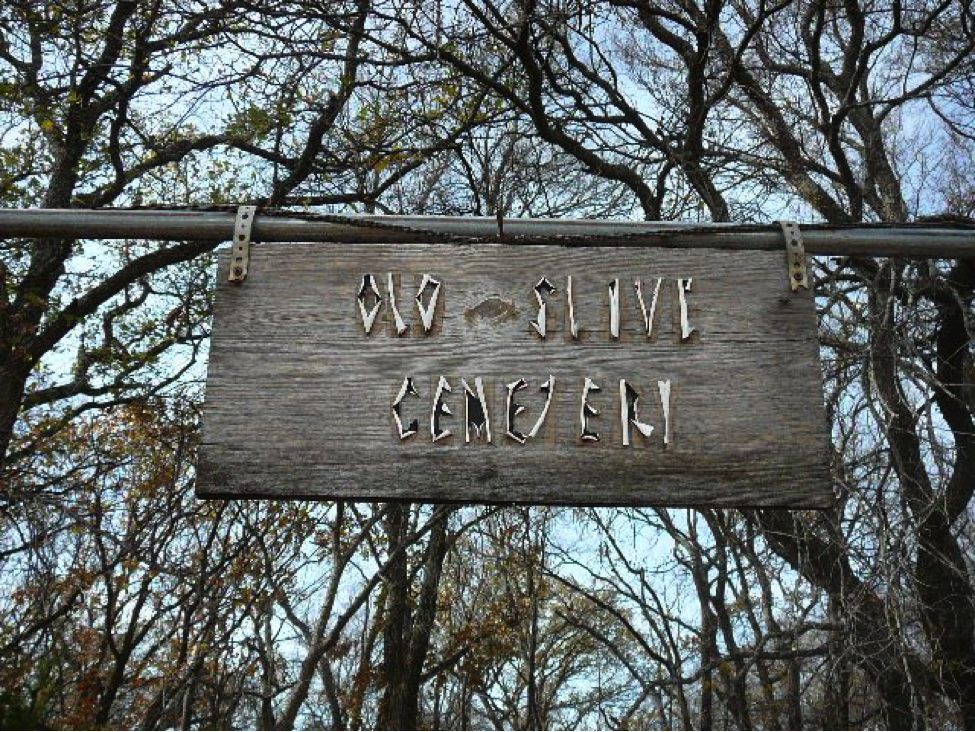 CREDIT: Courtesy of Denton Record Chronicle
A group that moved from Denton County from Chambers County, Alabama, founded the St. John’s Baptist Church in the late 1800s. The church disbanded in the 1930s but the church cemetery stands as a reminder of the church. Denton County mantains the cemetery. 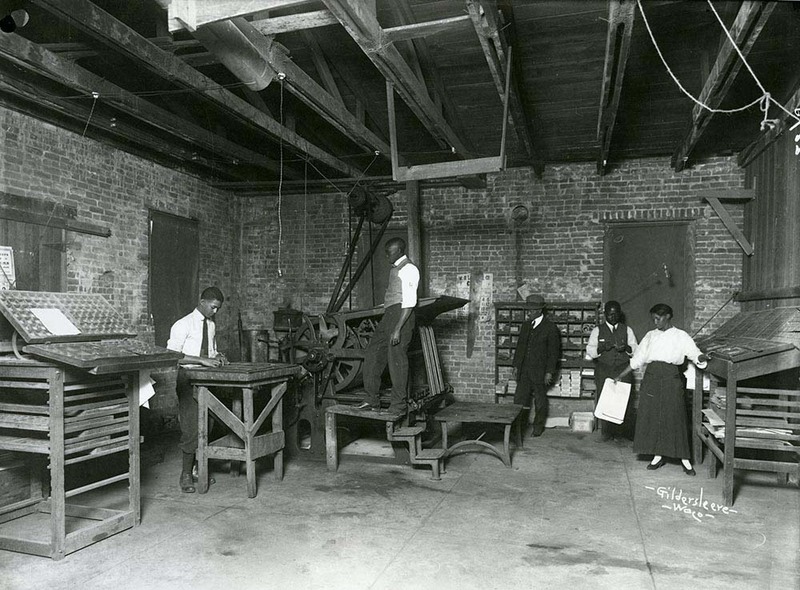 CREDIT: Paul Quinn College archives
Paul Quinn College was founded on April 4, 1872, by a group of African Methodist Episcopal Church preachers in Austin. The school’s original purpose was to educate freed slaves and their children. The college moved to southeast Dallas in 1990. (Read more about this HBCU on KERA News.) 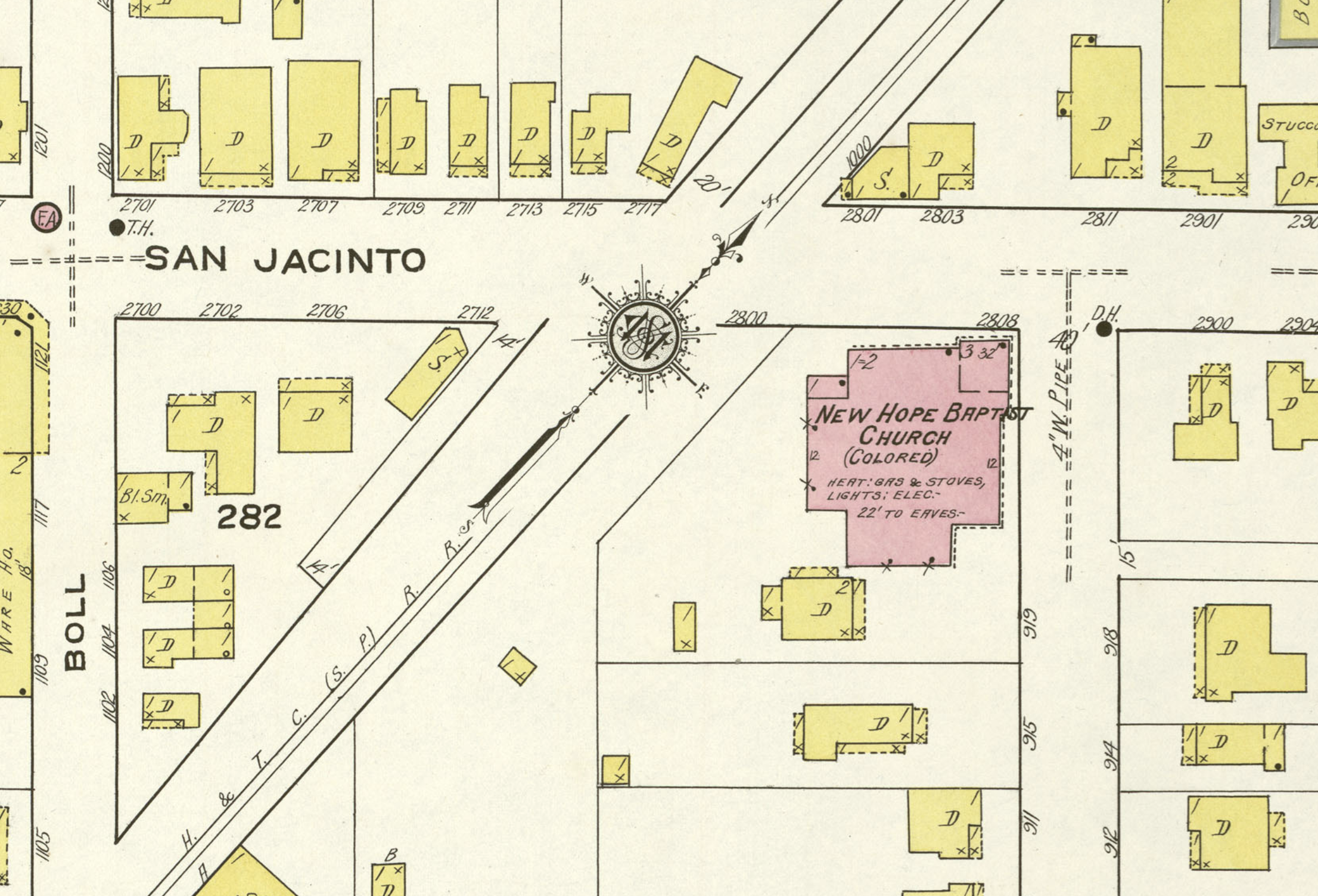 Part of a Sanborn map shows the area of San Jacinto Street and what was then North Central Avenue in Dallas between 1921 and 1932. / CREDIT: Via University of Texas Libraries
During the Reconstruction era, seven African-Americans started one of the oldest churches in Dallas. Throughout its history the church has been a political and social center in the city, inviting distinguished people such as Booker T. Washington and W.E.B. DuBois to speak. 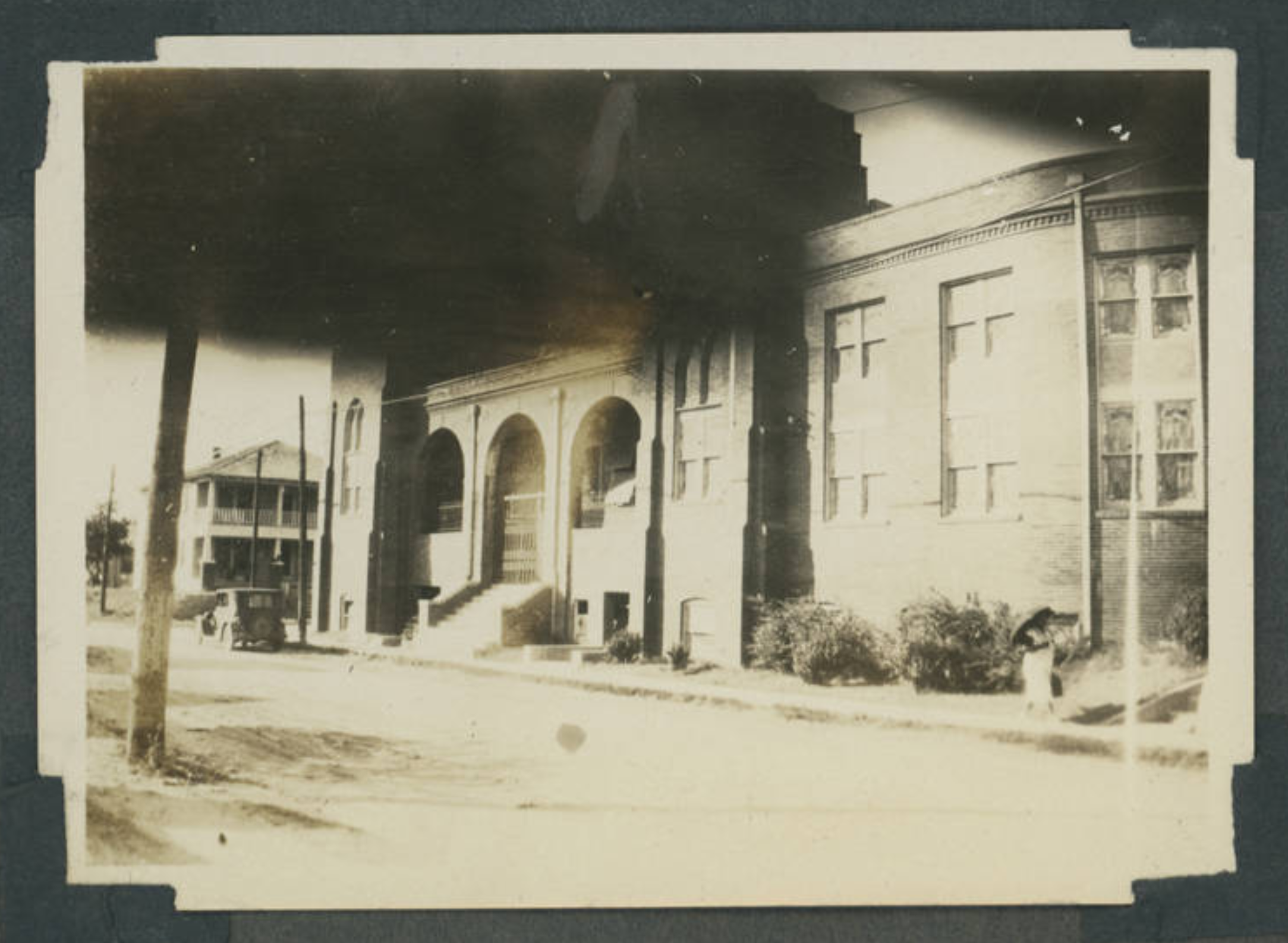 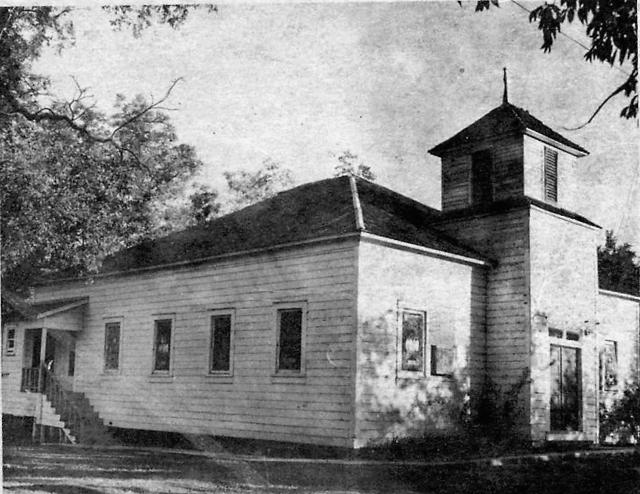 The first Black architect in Dallas, William Sidney Pittman — the son-in-law of Booker T. Washington — began building the current edifice in 1901. The church building is one of the few remaining originally built by the North Dallas Freedman’s Community (PDF).

Cedar Crest Church of Christ is established in Oak Cliff

The Church of Christ came to the Dallas neighborhood of Oak Cliff in 1924. Newcomers from East Texas met in the home of Dovie Bagsby. The congregation then later moved to Corinth Street, and moved yet again in 1927 and 1928, to Spark Street (which was later renamed Mitchell Street). The fellowship finally settled in its present-day location on Cedar Crest Boulevard. 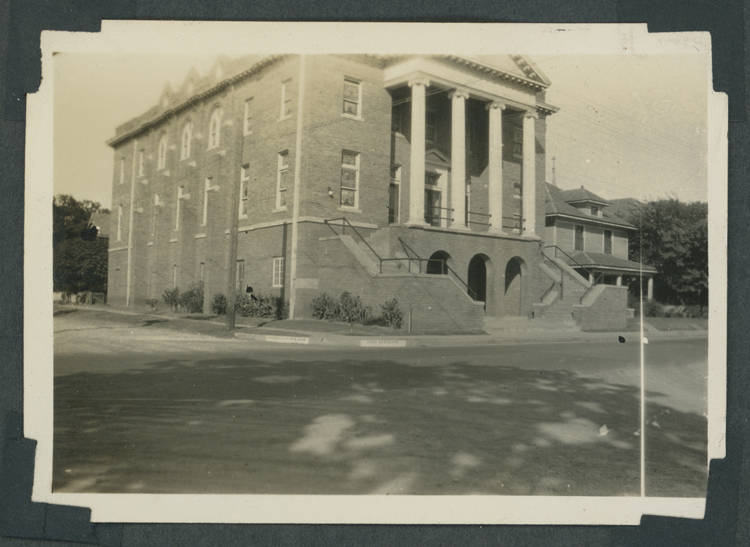 In an effort to bring a Methodist church to East Dallas, ministers at St. Paul’s Methodist Church — the historic church in the former Freedman’s Town area of the Dallas Arts District — launched the St. Paul’s Mission Church. The name changed to St. Luke UMC in the late 1950s. 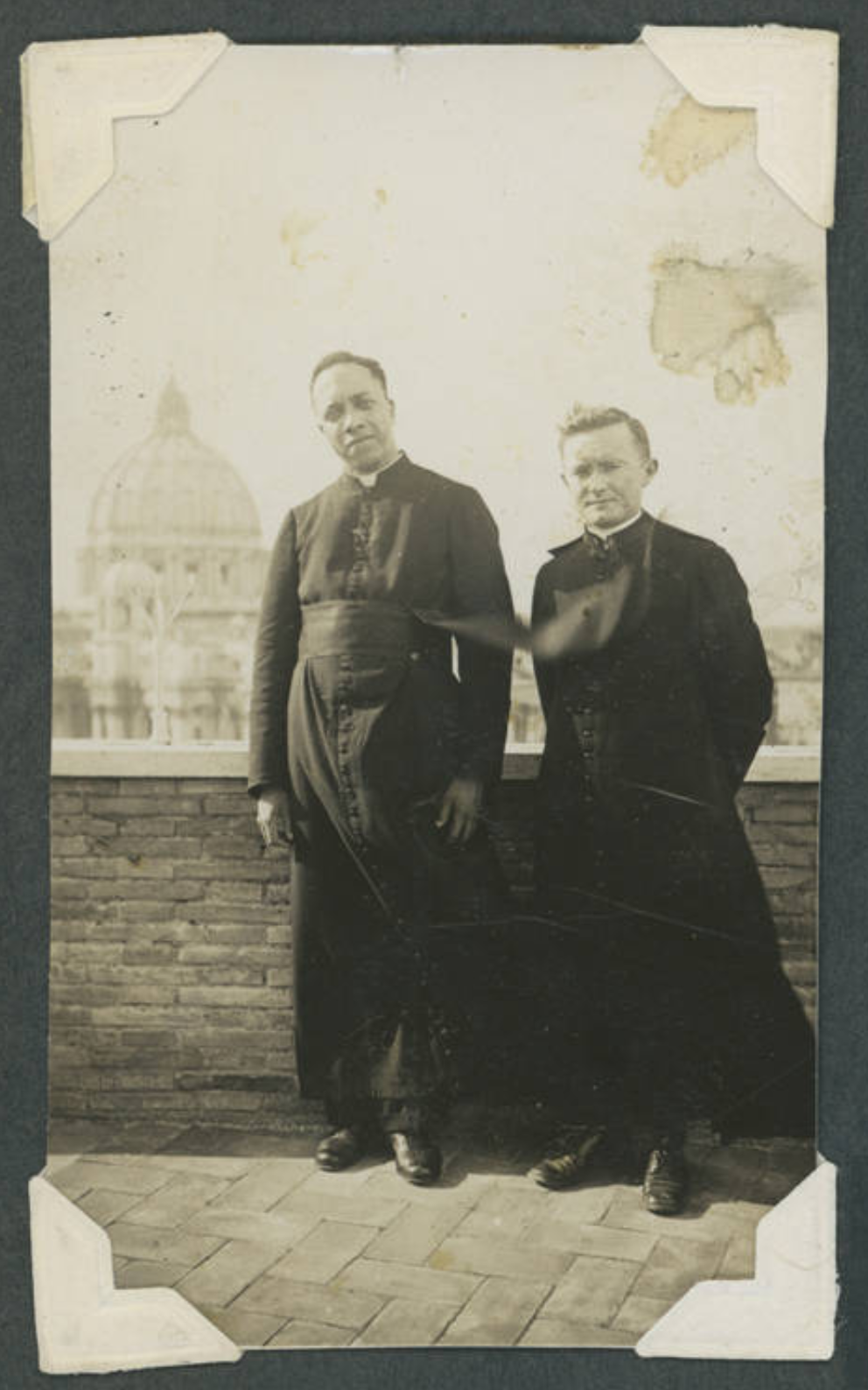 Max Murphy, left, with another unidentified priest, ca. 1932-1941 / Credit: DeGolyer Library, Southern Methodist University
Father Max Murphy, a graduate of St. Peter’s School for African-American students in Dallas, became the first Black priest to perform a mass in the Dallas diocese. No seminary in the area would accept him, so he studied in California and Prague, where he was ordained. Not able to serve as a Catholic priest in the U.S. because of his race, he was assigned to Trinidad. He visited Dallas frequently.

Southwestern Christian College is founded in Fort Worth 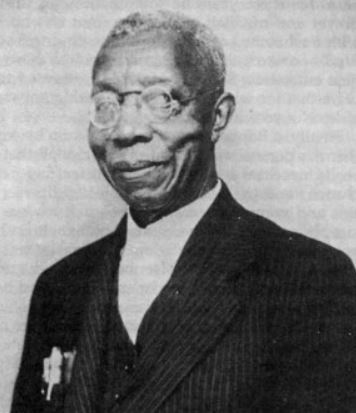 Mount Horum Missionary Baptist Church is founded in Fort Worth

In this 2015 audio clip from the University of North Texas Oral History Program, Moody recalls sitting around table at Mansfield High School with Superintendent R.L. Huffman and others discussing integration plans: 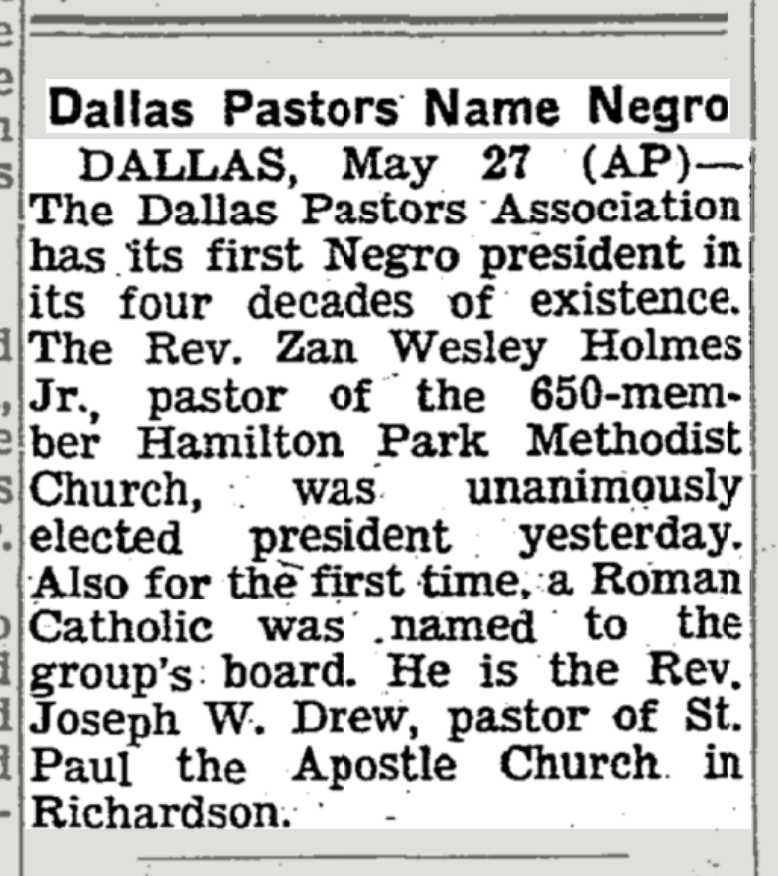 An AP brief from the New York Times’ May 28, 1964, edition / CREDIT: Associated Press via The New York Times
Rev. Zan Wesley Holmes, pastor of Hamilton Park United Methodist Church, was elected president of the Dallas Pastors Association. Four years later, Rev. Holmes was elected to the Texas House of Representatives. In 1979, he became pastor of St. Luke “Community” United Methodist Church in Dallas. In 1991, he was appointed by Gov. Ann Richards to serve as the first African American on the Board of Regeants of the University of Texas System.

In video footage from WBAP-TV on May 27, 1964, reporter Bob Welch interviews Rev. Zan W. Holmes, Jr., after Holmes became the first Black president of the Dallas Pastors Association. (The sound kicks in at the :37 second mark.)

Welch asks, “Do you feel it’s a hard pill for people to swallow, accepting color in the churches?” Holmes replied, “No, I do not. … On the other hand, I imagine there will always be those people for whom this will be a strong pill.” 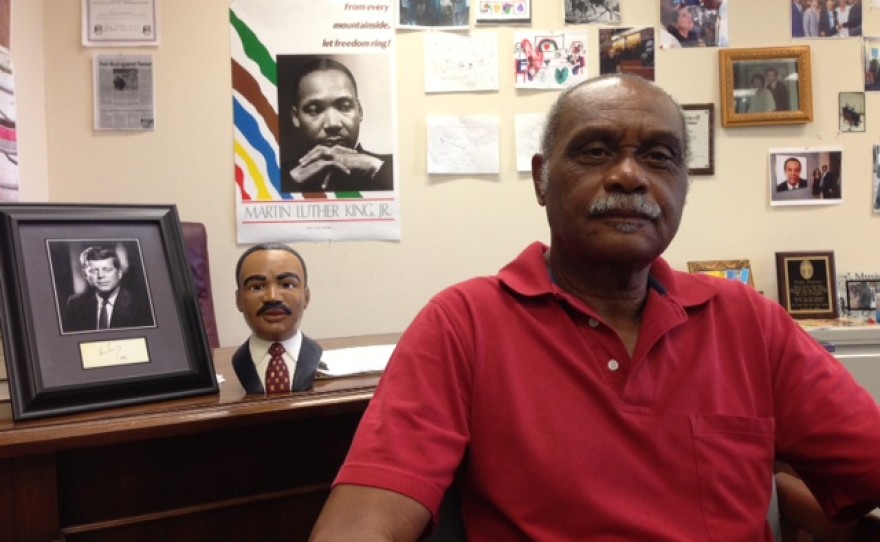 Rev. Peter Johnson / Credit: Courtney Collins / KERA
Rev. Peter Johnson moved to Dallas on a temporary assignment for the Southern Christian Leadership Conference and relocated to the city permanently. Johnson is a prominent civil rights leader whose activism and fight for social and racial justice spans over four decades.

▸ Learn more about U.S. racial justice and Black history with our collection of PBS documentaries and programs.

▸ PBS also has a collection of resources to help parents discuss race and racism with children.

↑ Jump to the top