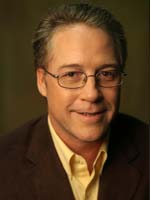 DALLAS/FORT WORTH – In honor of its 50th anniversary, KERA, the North Texas public broadcasting station, is premiering a new half-hour documentary special on Wednesday, September 21 at 8:00 p.m. entitled Bob Wilson and the Early Years of KERA. This new production focuses on a defining era early in KERA’s history, the impact of one of its first chief executives, Robert A. (Bob) Wilson, and the station’s national influence on public broadcasting.

Bob Wilson and the Early Years of KERA will premiere in conjunction with a historic episode of the original series that helped define KERA, NEWSROOM. The August 3, 1971, program examines the federal court order to desegregate the Dallas Independent School District. This historic episode of NEWSROOM features Jim Lehrer, Lee Clark (Cullum), attorney Harlan Cohen and others in a live, frank discussion with elected leaders about the impact the court ruling would have on the Oak Cliff section of Dallas. This special episode of NEWSROOM airs Wednesday, September 21 at 8:30 p.m., immediately following Bob Wilson and the Early Years of KERA.

An encore presentation of Bob Wilson and the Early Years of KERA followed by NEWSROOM will air on Sunday, September 25 beginning at 8:00 p.m.

Bob Wilson and the Early Years of KERA was produced by Rick Thompson, co-produced by Dane Walters and Sylvia Komatsu was the executive in charge.

In honor of its 50th anniversary, the station continues its series of vintage original programming from the station’s archives. Entitled KERA Classics, many of these original KERA productions have not been seen by television audiences for decades. Bill Young, KERA’s VP of Programming, says, “Many of these programs are thirty and forty years old and yet their subject matter is still relevant today. Transferring these shows to a digital format not only makes them available to new audiences but also preserves these North Texas time capsules.” KERA Classics airs on Sunday and Friday nights with additional programs airing on select dates through the end of 2011. Check local listings or go to kera.org/fifty to see the most up-to-date Classics lineup.

Upcoming installments of KERA Classics will include both rarely-seen gems from KERA’s archives and recent award-winning original productions. Beginning in September, KERA Classics highlights include Profile: Lillian Hellman (1981), a five-episode series on the acclaimed author and playwright airing Friday nights at 7:00 p.m. beginning September 2; The U.S–Mexican War (1998), the Emmy Award-winning documentary about the conflict between the neighboring nations airing Mondays, September 5 and 12 at 9:00 p.m.; Frozen Music: The Making of the Meyerson Symphony Center (1990), a behind-the-scenes look at the opening of the Dallas concert hall on Friday, September 9 at 7:30 p.m.; and Contest to Carnegie Hall: The 5th Van Cliburn Piano Competition (1978), a documentary about the famed Fort Worth piano competition on Sunday, Sept. 25 at 6:00 p.m. The complete KERA Classics broadcast schedule can be found at kera.org/fifty.

KERA is a not-for-profit public media organization that serves the people of North Texas. The station broadcasts to the fourth-largest population area in the United States. KERA produces original multimedia content, carries the best in national and international public television and radio programs, and provides online resources at www.kera.org. The station’s extensive coverage of the arts can be found at www.artandseek.org. KERA-TV broadcasts on Channel 13.1. KERA WORLD broadcasts on 13.2. KERA-FM broadcasts on 90.1 in Dallas/Fort Worth/Denton, 88.3 in Wichita Falls, 100.1 in Tyler and 99.3 in Sherman. KXT 91.7 FM, KERA’s new music station, KXT 91.7, is streamed online at www.kxt.org.