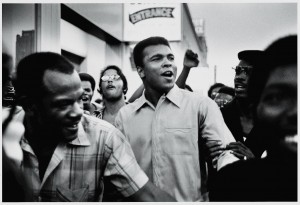 The Trials of Muhammad Ali
February 2 at 10:30 p.m. on KERA TV
This documentary covers Muhammad Ali’s toughest bout, his battle to overturn his five-year prison sentence for refusing U.S. military service. The film traces a formative period in Ali’s life, one unknown to young people and neglected by those who remember him as a boxer but overlook how controversial he was when he first took center stage. Cassius Clay became Muhammad Ali and found himself in the crosshairs of conflicts concerning civil rights, religion and wartime dissent. This film zeroes in on the years 1967 to 1970, when Ali lived in exile within the U.S., stripped of his heavyweight belt and banned from boxing, sacrificing fame and fortune on principle.

Say it Loud
February 6 at 8 p.m. on KERA FM
Titled after the classic 1969 James Brown anthem, “Say it Loud, I’m Black and I’m Proud,” this anthology illuminates the ideas and debates pulsing through the black freedom struggle from the 1960s to the present. These arguments are suffused with basic questions about what it means to be black in America. 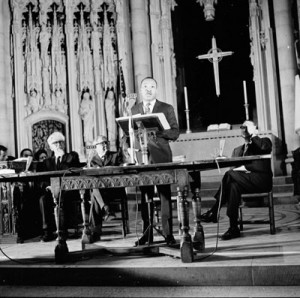 King’s Last March
February 13 at 8 p.m. on KERA FM
Although it was one of the most challenging and controversial chapters of his career, the final year of King’s life has not been the focus of significant public attention. This dramatic and illuminating documentary uses a rich mix of archival tape, oral histories and contemporary interviews to paint a vivid picture of what may have been the most difficult year of Dr. King’s life. 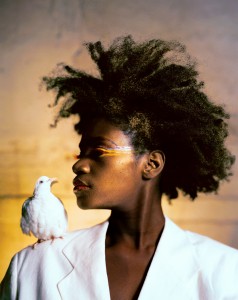 Through a Lens Darkly: Black Photographers and the Emergence of a People
February 16 at 10 p.m. on KERA TV
This is the story of the pioneering African-American photographers — men and women, celebrated and anonymous — who have recorded the lives and aspirations of generations, from slavery to the present. 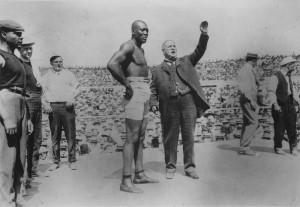 Unforgivable Blackness: The Rise and Fall of Jack Johnson Pt. 1 & 2
February 18 and 25 at 10 p.m. on KERA TV
This film by Ken Burns chronicles the life and career of boxer Jack Johnson, the first African-American heavyweight champion and one of the greatest fighters of the 20th century. Johnson ultimately lost his title in a bout in Cuba in 1915, after fleeing the United States following his federal conviction for allegedly violating the Mann Act, a progressive-era law intended to crack down on commercialized vice but used against Johnson to create an example against, to quote the prosecutor, “the evils of miscegenation.”

American Denial
February 23 at 10 p.m. on KERA TV
Explore the story of Gunnar Myrdal’s 1944 investigation of Jim Crow racism as a springboard to explore the power of unconscious biases and how the ideals of liberty, equality and justice still affect notions of race and class today.