Editor’s note: Reconnecting after a traumatic year of separation and loss is a work-in-progress. KERA and The Dallas Morning News are collaborating to document how North Texas’ arts and culture scene is emerging from the pandemic. KERA’s Miguel Perez and The News’ Juan Figueroa report on how the pandemic has affected local gay and lesbian bars, and what shifting cultural norms mean for their future.

Hiding among the auto shops lining Division Street, the dive bar has passed through many hands over its 60-year history. The pandemic nearly ended that run in January, when the bar’s former owners decided to close shop.

“It broke my heart,” said Dalton Haynes. “It’s like a second home to most people.”

So, Haynes — a longtime customer — used his life savings to buy the bar. 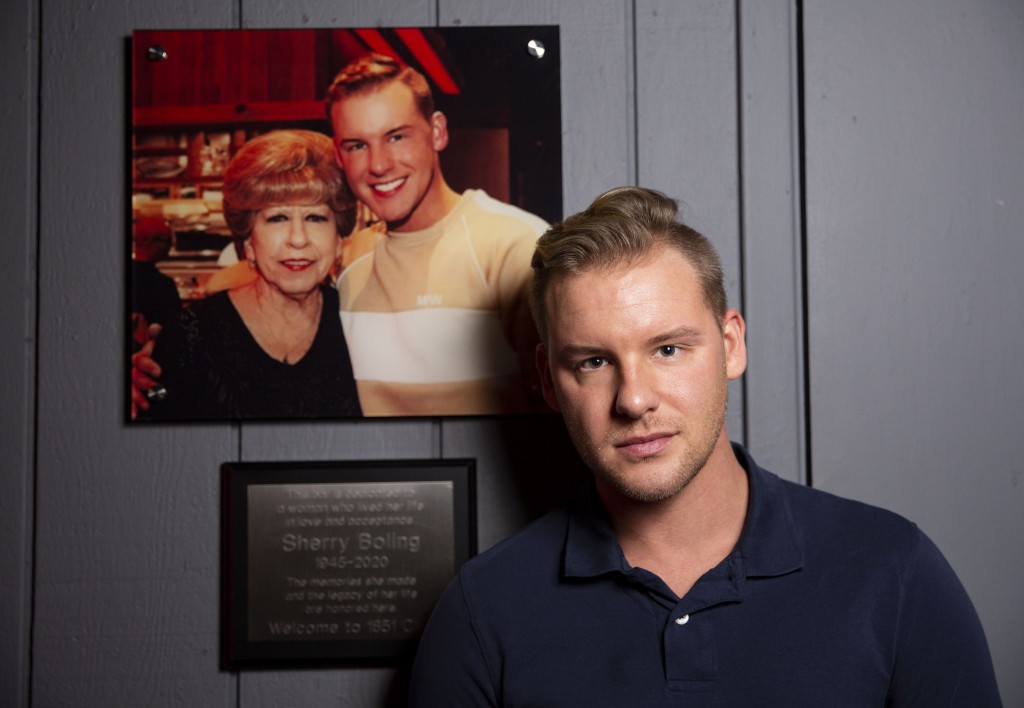 1851 Club owner Dalton Haynes next to the plaque honoring his grandmother. Haynes, once a longtime customer, said he bought the Arlington bar in memory of her. (Photo by Juan Figueroa/The Dallas Morning News)

“There was no question in my mind,” he said. “This is something I’ve got to do. We’ve got to save it.”

Watering holes like the 1851 Club have long been precious mainstays of queer life. The Stonewall Inn in 1969 famously helped usher in the gay liberation movement in the United States, but gay and lesbian bars closer to home have also served as the backdrop to the personal histories of queer North Texans.

More than 140 people responded to an informal online survey conducted by KERA and The Dallas Morning News about what these establishments have meant to them. The survey was shared via social media and 94% of respondents said they are part of the LGBTQ community. Nearly every respondent said their first time visiting a gay bar was an important milestone.

“It was amazing,” said Darin Holland in the survey. “I felt free and excited to be around so many people that were all just like me. I had grown up thinking I was the only one who felt this way. It really opened my eyes and made me feel relief and excited for my future.”

That could spell trouble for establishments built for a bygone era. A 2020 report out of Oberlin College found as many as 37% of gay and lesbian bars in the U.S. have closed between 2007 and 2019.

North Texas has seen its own share of closures. Denton’s only gay bar, Mable Peabody’s Beauty Parlor and Chainsaw Repair, closed in 2017.

Then came the pandemic. Mainstays in Dallas like Zippers shuttered permanently in May 2020, a few months after COVID-19 shut down businesses nationwide. Now Texas, along with the rest of the country, is dealing with another frightening coronavirus surge due to the delta variant.

Several survey respondents said gay bars, which have historically catered to white and cisgender gay men, need to draw in a more diverse audience in order to survive.

“They have a lot of work to do before trans people and people of color feel safe and included,” said Katie Hicken Langlinais in her survey response.

Despite evidence suggesting gay and lesbian bars are becoming outdated, the operators and patrons of establishments in North Texas say they remain vital hubs of community and culture.

‘This is my second family’

Haynes has spent the better half of 2021 renovating his piece of Arlington’s LGBTQ history.

There’s fresh, charcoal-colored paint and glowing neon signs on the walls of 1851 Club. A new lighting rig is a welcome change for the drag queens who perform here on the weekends. And a glittering chandelier in the corner of the bar commemorates the woman who inspired Haynes to buy the club in February.

“That actually signified the last place that she and I ever sat down and played a hand of poker together,” Haynes said. “Grandma would have been devastated if she knew that this place was closing.”

Haynes and his grandmother played poker at 1851 every Monday. He said her death from breast cancer in December was felt deeply by patrons.

“She really got enveloped in the community,” he said. “Knew everybody here by name and was always forever asking about everybody.”

Bargoers will find this sense of kinship in gay and lesbian bars all over North Texas, but nowhere is it as deeply rooted as it is in Oak Lawn. Long the center of LGBTQ life in Dallas, the “Gayborhood” is home to the city’s most popular gay bars.

“It’s hard to beat the drag shows at Round-Up because of the huge variety of cast members,” said Dennis Jansen, an Oak Lawn resident and LGBTQ nightlife blogger. “If I want to go dancing, there’s Mr. Mister or Havana Lounge. If you just want to have a beer on the patio, there’s the Cedar Springs Taphouse or TMC.”

Across the corner from that string of bars on Cedar Springs Road is Dallas’ only lesbian bar, one of about two dozen left in the country. Sue Ellen’s closed during the pandemic, along with most of Oak Lawn. 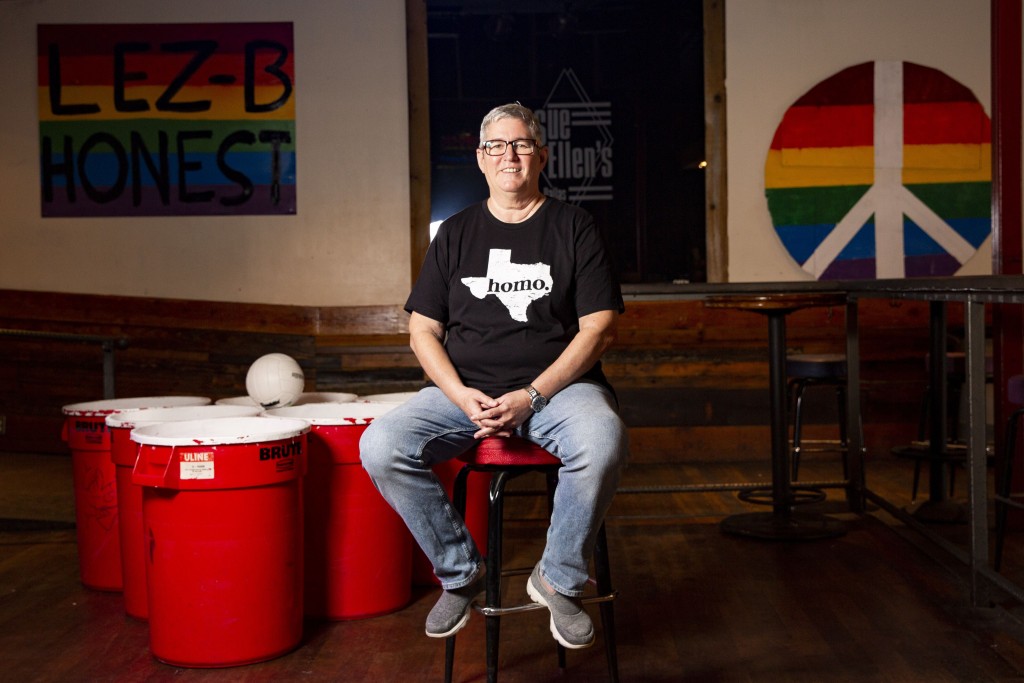 “We expected maybe 200 or 250 people to walk through the doors,” Jack said. “What we got was a line around the block. It made my heart very happy to see that many people wanting to get back in here.”

Jack has been at the helm since the bar opened 32 years ago. She attributes Sue Ellen’s enduring popularity to its unique role within the neighborhood. Several survey respondents singled it out as being the safest and most welcoming bar for queer women.

“The first time I went to Sue Ellen’s, I was a baby butch who had just thrown out all my femme clothes and was still self-conscious,” said Tyler Freeland in their response. “I was never a very social person, but I immediately felt so welcomed and accepted there.”

That inclusive attitude is expanding beyond gay bars. Establishments at large are catering more to LGBTQ patrons. Restaurants are hosting drag events, and rainbow flags fly over bars like Double Wide in Deep Ellum long after Pride Month is past.

Gay and lesbian bars are no longer the only place queer people can safely turn to, but Jack said they are still the one place where they’ll find family.

“I live in Oak Cliff, and I know I can go anywhere in Oak Cliff and feel comfortable with my wife, but it’s not anything like coming to the gay bars,” she said. “It’s just the feeling that you get when you walk through the doors. This is my second family.” 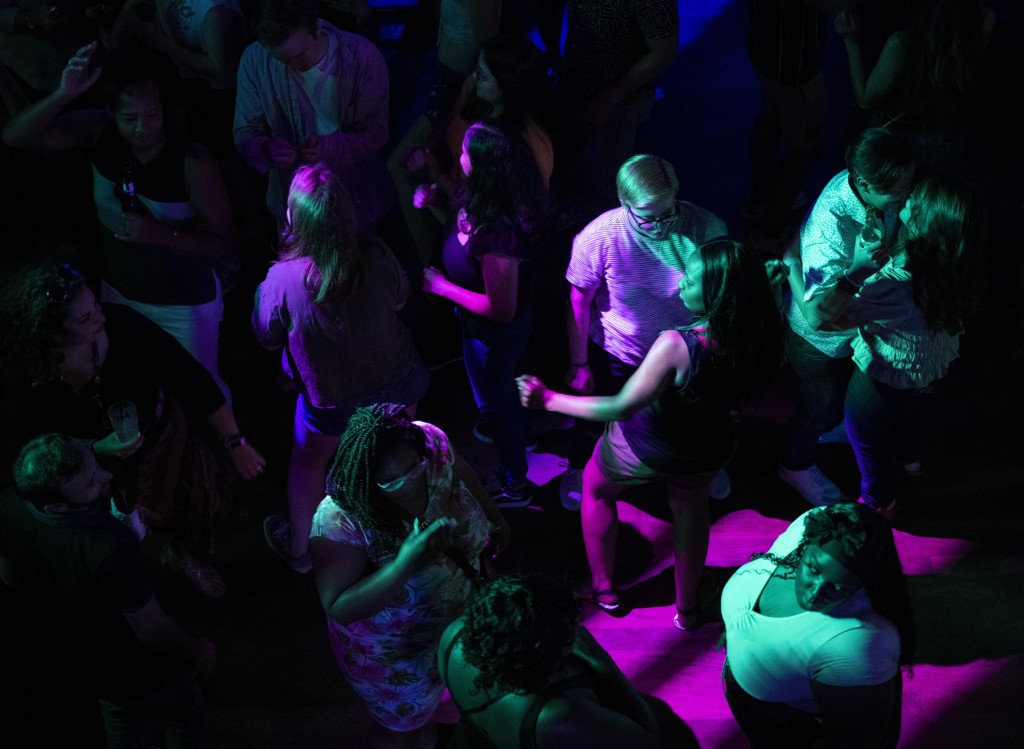 While bars like Sue Ellen’s may be on the rebound from the shutdown, the disruption of nightlife has underscored the growing challenges of operating a gay bar.

“With social media and apps, people have other ways of meeting,” said bartender Frank Martinez in his survey response. “The pandemic made it impossible to come out. Now that we’re reopening, we have to do more to give people a reason to step out.”

Jansen, the nightlife blogger, said many establishments are rising to the challenge.

The Round-Up Saloon has made Wednesday its “Noche Latinas,” where Latinx drag queens dazzle the crowd. While popular drag show venues like the Rose Room were still shuttered last spring, smaller spaces and restaurants swooped in to hire talent for their own programs.

“Now, you can be a working drag queen in the city seven days a week and not ever set foot in The Rose Room,” he said.

Jansen said news of a gay bar closing down shouldn’t be taken as an omen of their dying relevance, but rather a sign that business is booming. Gay bars simply have to work harder to be successful.

“Now that LGBTQ individuals have the option of going anywhere in the city and having a great time, (gay bars) have to do more of that traditional marketing and promotion work that they’re not used to,” Jansen said. “Venues that aren’t able to pivot and do that are going to close.”

In some cases, that pivot means nixing the strobe lights and well drinks and letting the mimosas and coffee flow.

The Trove in the Bishop Arts District is one of the latest restaurants to offer a drag brunch on the weekends. Jaime Uribe, who opened the business this year with his husband, says Sundays are always packed.

“The place transforms once the show starts,” Uribe said. “I’ve seen drag queens perform in bars, but I don’t think they’re as appreciated. Sometimes, we run out of one’s. A table will ask for $300 in one’s, and I think, ‘Wow, I’m in the wrong business. I should be a drag queen!’”

Another venue in South Dallas, far from the Gayborhood, offers something completely different from the Cedar Springs experience. 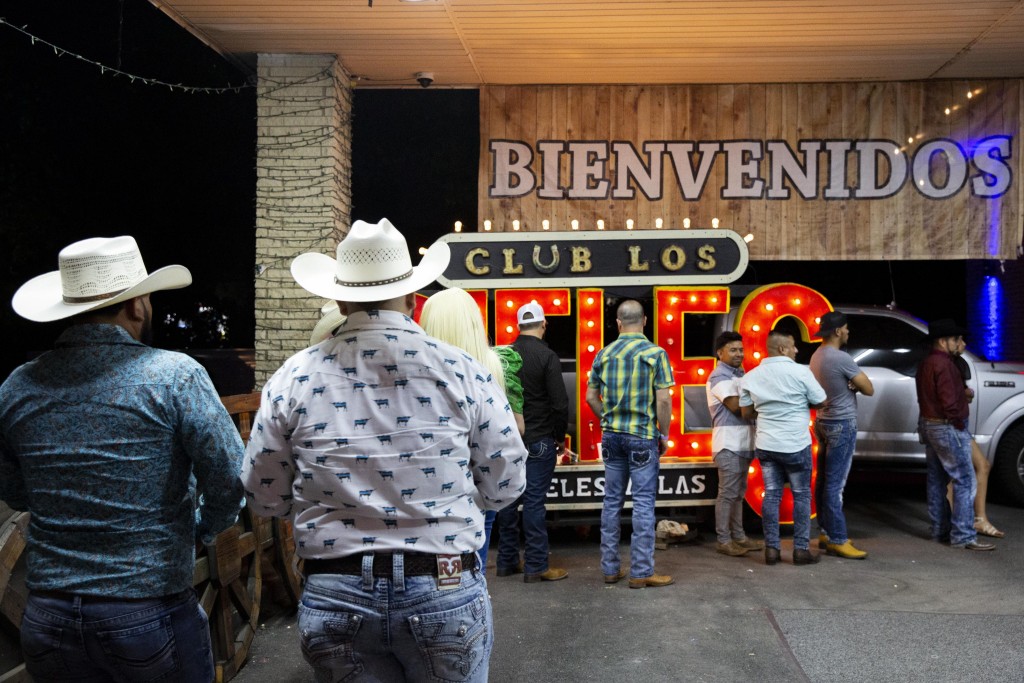 At Club Los Rieles, gay vaqueros strut in one big circle to cumbia and corridos until the early morning. Outside, a sea of Stetsons wait in line for tacos served by Marta Luis. She owns and operates the nightclub with her husband.

Rieles caters to older gay Latino men, who grew up dancing at big weddings and quinceañeras. For many, Rieles is the only place where they can embrace their sexuality and their culture, Luis said.

“Coming here is like remembering everything I experienced at home,” Luis said of her patrons. “The beautiful things and the parties, but now I don’t have to hide for anyone.” 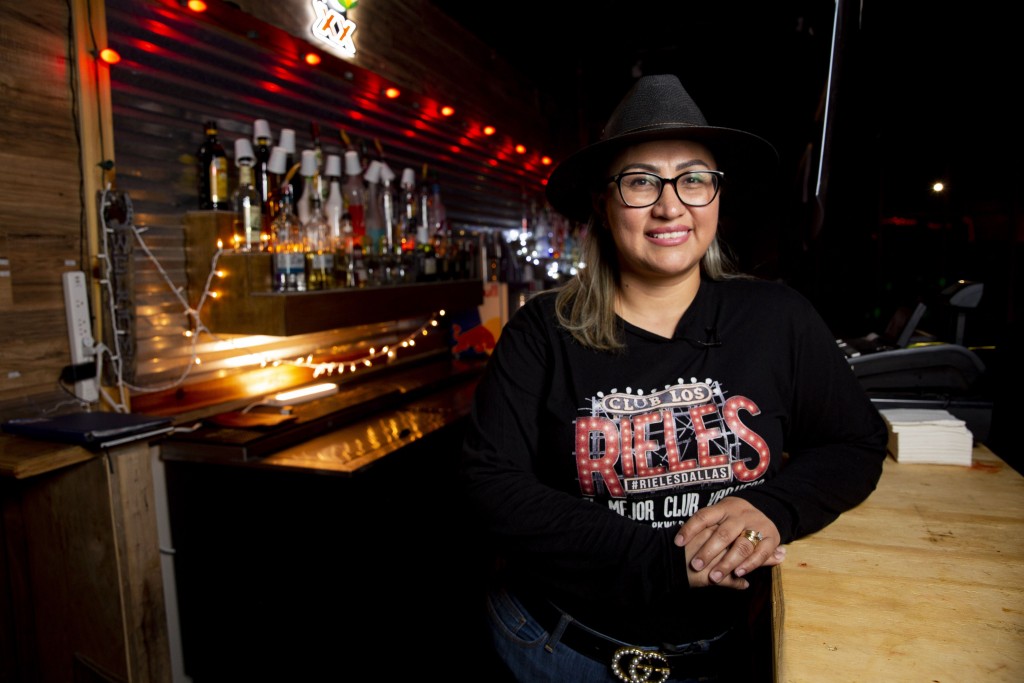 Any queer person will tell you that hiding who they are is exhausting. Sometimes, you just need a drink, and part of the gay bar’s enduring appeal is simply that it provides a simple night out for people in the LGBTQ community.

After all, there’s a certain kind of magic in the mundane. That’s why Manu Courtney likes grabbing a drink at Club Changes. He’s a 23-year-old Samoan college student who feels right at home at this small dive bar, which calls itself the gay “Cheers” of Fort Worth.

“When I walk through the doors, I know without a shred of doubt in my mind, that everyone is only there to be happy,” Courtney said. “I know that if I’m ever in a tight situation or I need advice or time away or just someone to hear me, I can go to Changes and truly just let go.”

Juan Figueroa is a staff photographer at The Dallas Morning News. A version of this story aired on KERA and appears on dallasnews.com. It will also be published in The News’ Sunday Arts & Life section.

On Monday, Aug. 16, KERA’s call-in talk show, “Think,” will feature Miguel and Greggor Mattson of Oberlin College and Conservatory in conversations about the evolution of gay bars. Tune in to 90.1-FM at noon.