Art&Seek is highlighting new music from North Texas every Thursday. Click above to hear me talk with singer/songwriter Kirk Thurmond for our Music Minute, which airs on KERA FM and KXT 91.7. For more North Texas music, tune in to the KXT Local Show at 7 p.m. on Thursdays. And tell us what you’ve been listening to on Facebook, Instagram or @artandseek on Twitter. 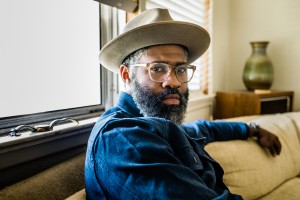 When it comes to writing songs, it’s all about little big ideas for singer/songwriter Kirk Thurmond.

“It’s either a little line, or a little melody, or something that I know is going to be infectious that I know the song can’t be anything without… and then I spiral out from there to make the whole thing.” Thurmond said, “But, I make sure I’ve got that one thing first.”

In the case of Thurmond’s groovy new single, “Campari & Soda”, that little big idea came from an experience he had while on a date: He was awkward and Campari and soda just happened to be his date’s drink of choice.

“I wrote about a bad date, a horrible date really. It wasn’t the other person, it was me. One of those situations where you’re going overboard, and you can feel yourself going overboard, but you can’t do anything to stop it,” Thurmond said. “So, it’s a song written in retrospect about a girl, my emotional limits, and her favorite drink.”

“Campari & Soda” was produced by Thurmond and Richard “Picnic Tyme” Escebado and continues Thurmond’s journey as a solo artist. He separated from long-time backing band The Millennials about two years ago in order to focus on solo work. 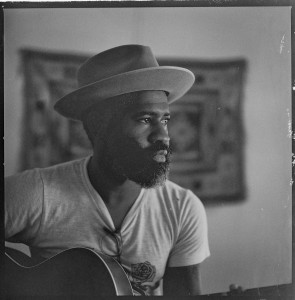 “It was an amazing group and an amazing time, but after a while I just started to wrestle with my sound and what it meant to make the music that I wanted to make,” Thurmond said. “So, I just kind of struck out and started experimenting with what was going on in my head… and I think I’ve found a much closer version now.”

Thurmond has plans for a new album in 2021 and is building shows as venues start booking. You can follow him to keep up with shows and new music on his website, Facebook, and Instagram.

And, as for that bad date? Well, that has somewhat of a happy ending. Thurmond played “Campari & Soda” for the lady on the other side of this experience and, although they did not go on a second date, she did love the song.  (But, how could you not?!)