The Kimbell Art Museum has a new exhibition of three French brothers who were so successful in 17th-century Paris, their paintings hung in Notre Dame cathedral. Yet the trio of Le Nain brothers remains so mysterious today, this is only the second major museum exhibition their works have ever received. Local All Things Considered host Justin Martin sat down with Art & Seek’s Jerome Weeks to sort out the family business.

JWJustin, I don’t mean to get all philosophical here, but what do art museums do? I mean, what is an art museum’s function?

Ah, to conserve and prepare art for viewing by the masses.

‘The Brothers Le Nain: Painters of Seventeenth Century France’ at the Kimbell Art Museum through Sept. 11
JWThat’s OK — so far as it goes. But I think that somewhat restricted definition reflects why many of us see art museums as mostly buildings, as just warehouses for art. Museums – the important ones – also do research. They are actively writing and re-writing history. We should see them as research institutions, just like labs or historic archives. And that kind of research is what the new exhibition at the Kimbell is all about. It’s called ‘The Brothers Le Nain,’ and it’s about three brothers who were prominent painters in Paris in the early 17th century – roughly the same time Rembrandt was painting in the Netherlands.

They once were prominent, that is, then mostly forgotten, then re-discovered in the 19th century, when their genre paintings of peasants influenced such defiant realists as Courbet — and then in the past century, the Le Nain’s lives and oeuvre have slowly been pieced together, with many questions and mysteries remaining. To give you an idea of how unknown and mysterious they remain: The Kimbell’s (with the Fine Art Museums of San Francisco) is the first American museum exhibition the brothers have ever received, and although they were extremely successful at the time — and there were three of them — we have only 65 known works attributed to them. I mean, Velasquez, their contemporary, produced more than 110 paintings by himself and he was known as a fairly pokey painter. On the other hand, Vincent van Gogh produced some 900 paintings.

All of which suggests there are a lot more Le Nain paintings out there — and we have a lot more to learn about them. 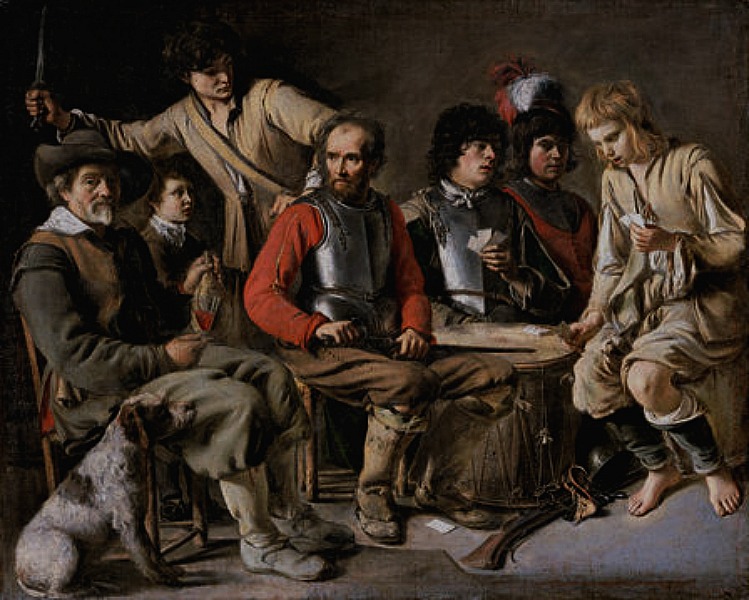 So what kind of research are we talking about here with this show? X-rays? Chemical tests?

JWAll that. But even more basic. You know those details you see on museum walls next to an artwork?

You mean, who painted this, what’s the title, the date –

JWYeah, all that data. Well, with the Le Nain brothers, even that kind of basic information gets complicated – because Antoine, Louis and Mathieu never signed their own names. They always signed just ‘Le Nain.’ So they were like a corporate brand. But this has made it very hard to figure out which brother painted what, whether they collaborated — and in what combinations –and whether the different brothers’ styles differed significantly or changed over the years. All of this has come to be known as the ‘Le Nain Problem.’ Many curators and auction houses simply list the paintings as by ‘Le Nain’ as if they were a collective and leave it at that.

But what difference does it make as long as we know it’s by them?

JWWell, let me show you something.

JWThis is the more-than-450-page catalog from the exhibition — edited by Kimbell curator C. D. Dickerson III and San Francisco curator Esther Bell. A major effort, yes. It’s probably going to be the Bible for Le Nain experts for several decades. And let me show you this painting.  [‘The Nativity with a Torch,’ above.] What do you see?

It’s a Nativity scene. Got the Christ child there, a fellow here is holding a torch. I like the really deep shadows here, it’s kinda soft, but yeah —

JWOK. Now look at this painting [‘Soldiers Playing Cards’ or ‘A Quarrel,’ above]. What do you see?

It looks like soldiers of some type, at least men in armor. There’s a card game going on. And somebody has — is that a large knife? Things are about to get rough here. Something’s about to happen.

JWRight, like a quarrel is breaking out over the card game. Now look at the two paintings back to back. The card game is sharp and clear, everything is crisply detailed, right down to the rivets on the armor — like everyone was posed and photographed in a studio — but as you said, the Nativity looks all soft, so dark and shadowy. Yet these two works were painted roughly the same year by purportedly the same artists. 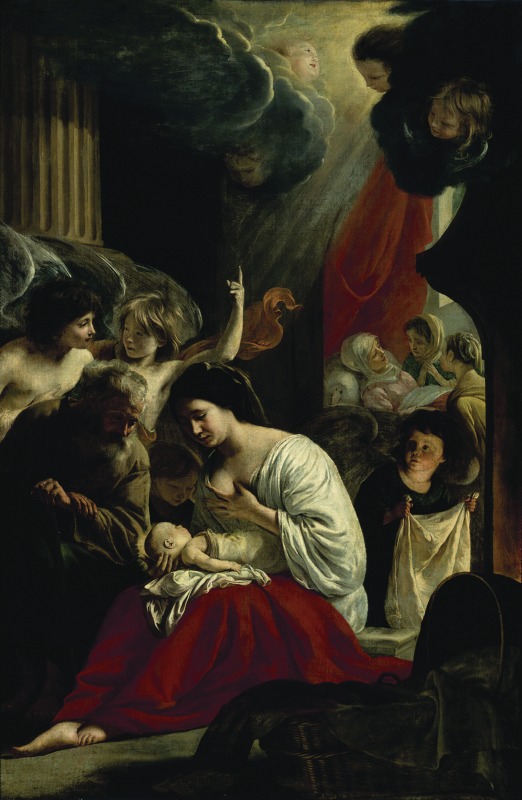 But they look so different.

JWRight. They were probably done by two different brothers. One Le Nain seemed to like that dark, Caravaggio-esque treatment of faces and shadows; another seemed to like these genre depictions of ‘ordinary life,’ heavy on the greys and browns — and a little weak on perspective (note the way the urchin boy on the right seems to be falling out of the picture). Wandering through the Kimbell’s ‘The Brothers Le Nain,’ you keep spotting these differences in style. At the same time — let me show you another painting. It’s a religious painting, we have two young boy angels floating on a cloud [‘The Nativity of the Virgin,’ above]. Now keep your eye on the light-haired angel because two years later, we have a peasant family sitting down to eat —

Oh, that’s one of the angels right there, his face dirty.

JWRight, he’s now an urchin. We’re seeing the same models over and over. And this happens with donkeys and little old ladies dressed in grey seated on a chair. As you go through the exhibition, and you notice these faces and bits and pieces, it’s like seeing this giant jigsaw puzzle. ‘This painting here was probably done by the same guy who did that other peasant family in the next gallery over.’

So what are you saying?

JWI’m saying two things. One is the Le Nain were a factory, an artists’ studio – they were like a production line and they recycled those things, those models, that were convenient, that worked. You can watch those little boy angels grow up into urchins. At the same time, the Le Nain brothers were attracted to different influences but they also kept an eye out for new styles, what was fashionable. They were professionals, they were at the top of the heap in Paris. And this is what successful, professional artists did in the 17th century. Still do.

Second, this exhibition and this catalog represent a groundbreaking attempt by the Kimbell and the San Francisco Fine Art Museums to provide at least tentative solutions to the mysteries of the Le Nain. Curators aren’t generally in the habit of making definitive declarations, but until more paintings, more documents, pop up, the catalog’s series of essays and its very complicated, nuanced investigations are probably going to be as close as we get to ‘definitive’ for some time. Even visitors to the exhibition get some of this research — in a single gallery loaded with charts and x-radiographs and photographed details, including the big map that tries to trace out all the connections amongst the 65 paintings by the Le Nain. 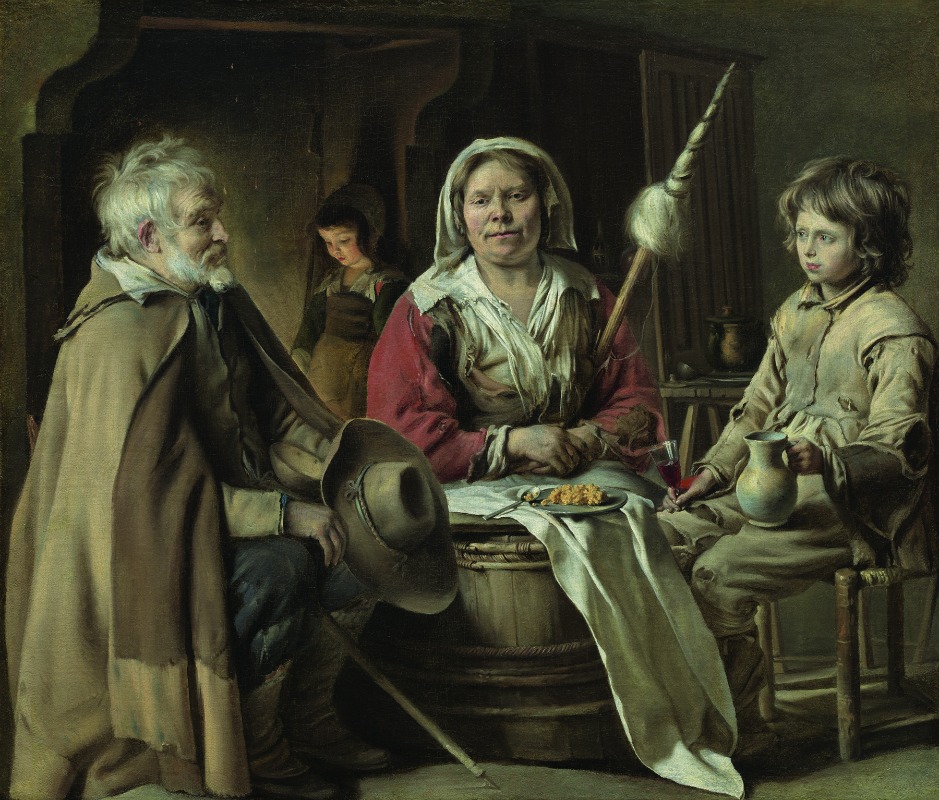 But outside of this interesting look into how these paintings were made, why would the average museum-goer care?

JWWell, it’s risky. There are lovely paintings here. And influential ones, too — the Le Nain pretty much created public interest in painting impoverished families, families often viewed eating metaphoric meals meant to represent Holy Communion (the paintings are seen as very French Catholic). But to be honest, the exhibition is most likely to appeal to art fans and historians. Most people have never heard of the Le Nain — they don’t have much drawing power.

So the museum’s purpose is really to lay out the pioneering research its done, stake its claim on what it’s discovered — and get a little more attention for these artists. Many museum-goers will simply ignore the charts and data.

But for some people, like yourself, who enjoy history being uncovered and taken apart and explained, as you say, like some grand conspiracy —

— this is really fascinating.