A singing and dancing Lee Harvey Oswald in a stage musical may seem bizarre or possibly even offensive. But Art & Seek’s Jerome Weeks reports a serious new musical about the accused presidential assassin was presented over the weekend in Farmers Branch. And it didn’t have Oswald as its lead character.

It had two Oswalds. 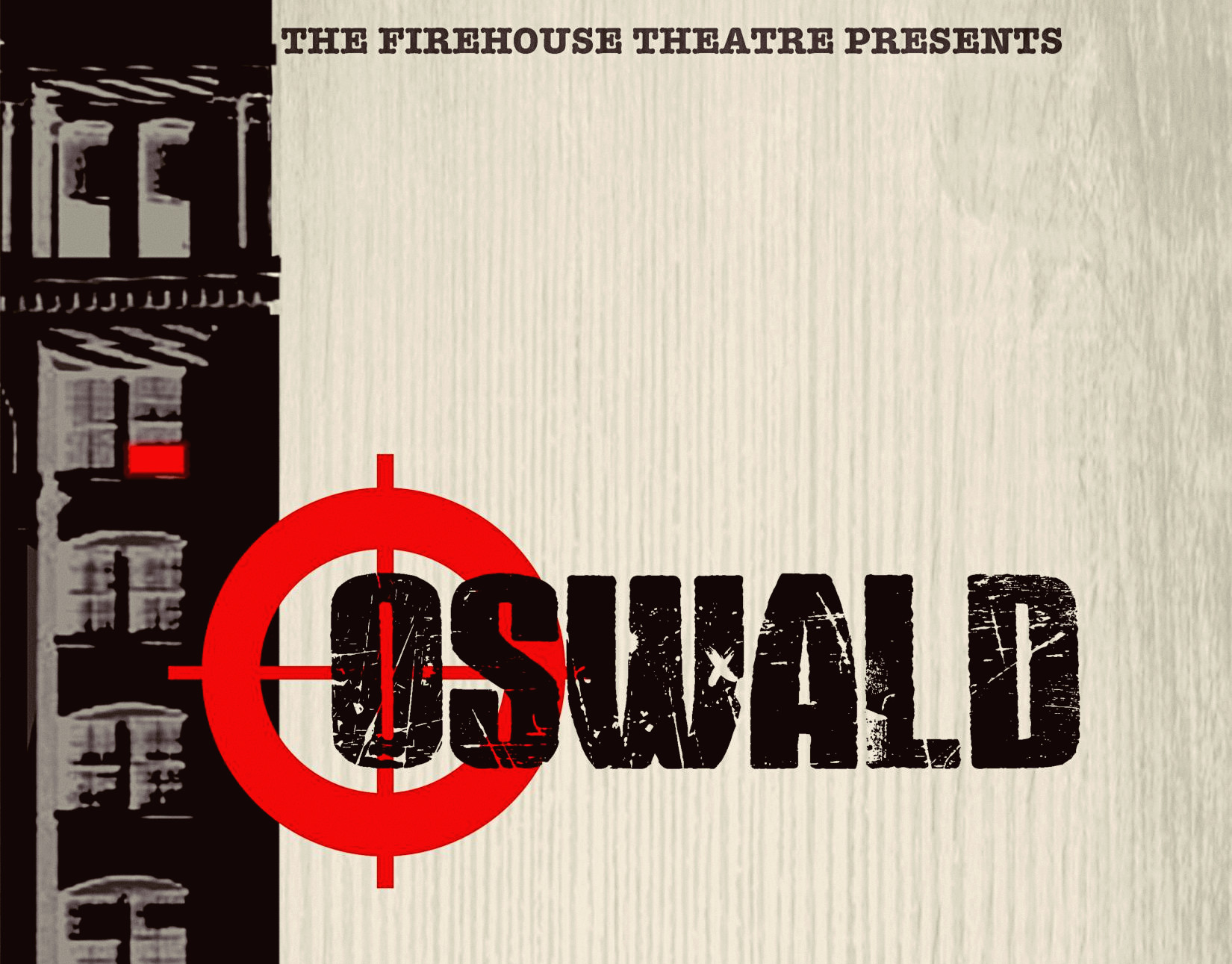 True, but while they may have sang, the two Oswalds didn’t dance. That’s because the new musical, called simply ‘Oswald,’ was a ‘staged reading’ at the Firehouse Theatre in Farmers Branch. Such productions have bare-bones sets, costumes and direction. There was a live, five-piece band, but the performers were reading from scripts they held. If there’s ever any dancing in the show – beyond showgirls who appear at Jack Ruby’s Carousel Club – it’ll be added later.

An earlier reading of ‘Oswald’ was held in 2017 at the New York Theatre Barn, a home for new works to develop. But in a pre-show speech Friday, director Randi Kleiner explained this weekend-long, North Texas run was to get the musical ‘up on its feet’ in front of a ticket-buying audience. The producers and the creative team might decide whether it needs more work or it’s all set to be pitched – possibly for a New York production. Ultimately, the four performances in Farmers Branch drew more than 500 theatergoers.

Tony LePage co-wrote ‘Oswald’ and acted as one of the Oswalds. He had the initial idea of two actors playing the title role, and in a post-show talk Friday, LePage explained he was inspired by Americans still disagreeing whether Oswald was a patsy in a conspiracy or a bitter lone gunman. So the musical presents both versions simultaneously. At times, during songs, LePage and Justin Mortelitti trade lines back and forth and harmonize together.

Advance press coverage made even the idea of ‘Oswald’ seem unusual or daring. But putting Oswald onstage is hardly new. The accused killer of President Kennedy was a figure in ‘The Trial of Lee Harvey Oswald’ on Broadway – way back in 1967 (the show’s not to be confused with the 1964 or 1977 films of the same title). Coincidentally enough, Oswald was played by a native Texan: Peter Masterson, who’d go on to fame as the director of ‘The Best Little Whorehouse in Texas.’ For the conspiracy-minded, the playwright was Amram Duchovny – yes, the father of David Duchovny of the very conspiracy-minded TV series, ‘The X-Files.’ In 1974, the Dallas Theater Center risked public disapproval with its own take -a dark, ambitious, carnival drama, ‘Jack Ruby, All-American Boy, which featured a re-enactment of Ruby shooting Oswald. Instead of embarrassment, the company gained national attention and sold-out audiences. 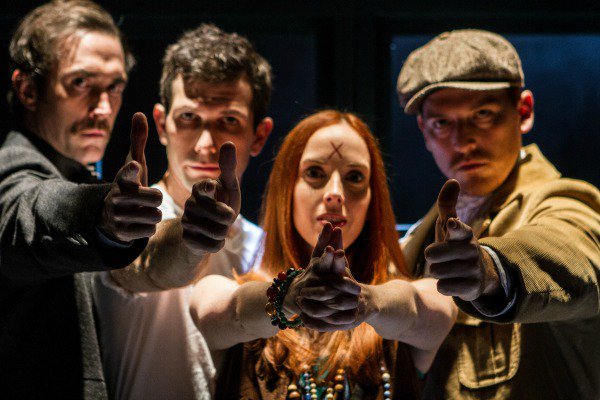 But most famously, the 2003 musical ‘Assassins’ – by composer Stephen Sondheim – brought out Oswald for its grim finale on the Sixth Floor. ‘Assassins’ has run twice on Broadway – and twice at Theatre Three in Dallas.

Ironically, given the focus on the title character, the musical ‘Oswald,’ in the end, is about his troubled widow, Marina, who narrates it. The approach is somewhat like the 2013 film, ‘Parkland,’ which focuses on the people around Oswald, like his long-suffering brother, Robert. The real Marina Oswald – now Marina Porter – initially agreed her husband shot President Kennedy. But starting around 1990, she’s insisted he was framed. For the past several decades, Marina Porter, who’s continued to live in the area, has declined almost all interview requests.

On Friday, the creative team behind ‘Oswald’ said they had not reached out to her about their project . . .  yet.

It’s unfair to give a full review of any show that is still in the development process, as ‘Oswald’ is. But a major reason the producers and the creative team presented the show at Firehouse Theatre this past weekend was to gauge public response and gain feedback – hence, the question-and-answer sessions after the performances.

So it’s in that spirit, I offer these observations.

1. Initially hearing the two Lee Harvey Oswalds (Justin Mortelitti and Tony LePage) belting out a Broadway song with a bit of country-rock flavor – the kind of robust opening number that proclaims what a show’s all about – was a bit of a jolt in terms of establishing the musical’s overall tone or style. What little audio we have of Oswald’s voice reveals he still had a soft, Southern accent, so the country flavoring is more than justified, considering the portions of his childhood spent in Louisiana and Texas. It’s just that Broadway characters often attain a kind of instant, standing-tall, declamatory stature by opening their hearts to us through song, even if those hearts are hurt or angry. But open-hearted boldness was hardly Oswald’s style. Sullen, furtive but also defiantly outspoken, a wife-beater, a man flailing from country to country, never fully at home, hungry for attention while running from it – these are some of the reasons he remains a bitter enigma today. 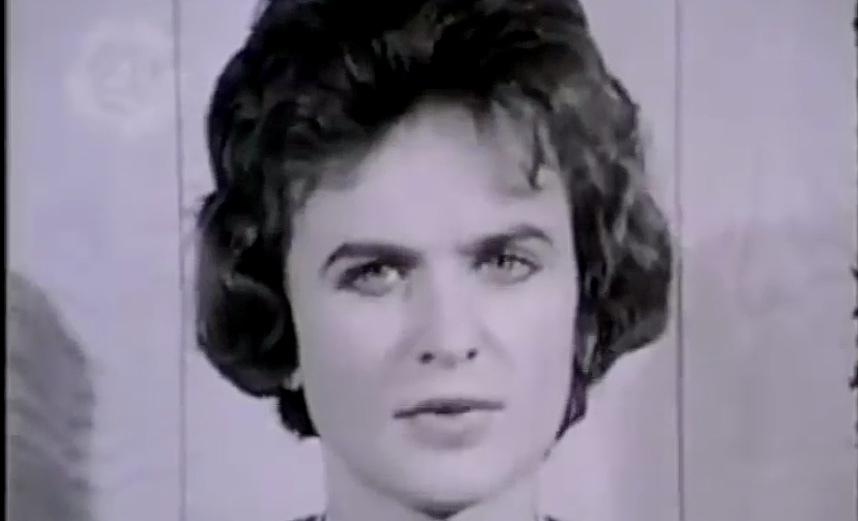 2. I got over that initial jolt. But it’s worth noting that neither the ‘patsy’ version of Oswald (Mortelitti) nor the chip-on-his-shoulder hothead (LePage) really conveyed Oswald’s essentially withdrawn, seemingly guilty-before-the-fact nature. (The patsy version mostly seemed somewhat sad, earnest and ineffectual.) This is noteworthy because the flashback set-up of ‘Oswald’ has his widow Marina, played by the redoubtable Tina Stafford, fretting over whether she ever really knew him. Even a contradictory, self-destructive Oswald is understandable (given his abandonment by his mother). It’s the Oswald who wants the power to shape human history while remaining elusive, above the rest of us clueless sheep – that sad delusion led to his secrets, his aliases, to his joining fringe-groups-with-a-grudge, to sniping at powerful leaders from the shadows.

3. In the opening scenes, the characters of the ‘twin Oswalds’ are not fully distinct – as we quickly track Oswald’s defection to the Soviet Union, his romance with Marina and his defection back to the US. When the twin-Oswald premise was first laid out, I thought we’d see a ‘good’ Oswald and a ‘bad’ Oswald, but they both seemed to interact with other characters in both those ways. It was only when the ‘conspiracy’ machinations started to kick in that I realized how the binary Oswald was being employed. But that was almost halfway through the show.

4. So who is puppet-managing one of these Oswalds? Which conspiracy does the show follow? The Sam Giancana-ordered hit job? The Fidel Castro revenge plot? The anti-Castro Cuban revenge plot? The Soviet mole? I’m not revealing any spoilers by saying that co-authors Tony LePage and Josh Sassanella outline something of an amalgam. The weakness isn’t in tracking who’s dealing with whom. Even with all the furtive characters popping up in sunglasses and hats, the co-authors do a good job of keeping us clued in about who’s who. The question is motivation. Given a moment to think, you realize we’re never presented any justification for, say, FBI agents (even ‘rogue’ ones) supposedly scouting Oswald as a useful ‘asset’ so early. They wanted this sadsack? Why? And what political interests would they share with the New Orleans mob? The biggest laugh the show earns comes when, at one juncture that ropes in the Soviets, Marina, our narrator, asks incredulously: Russians conniving with the American government? Who could think of such a thing? True. Whether we know it or not, we Americans are all children of November 22, 1963. 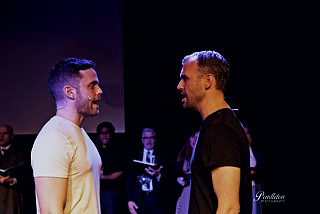 5. One reason for the possible vagueness surrounding the conspiracy is, I think, related to a question raised by one audience member Friday evening: Which theatergoers are the creators targeting? In other words – just how much history has to be explained? How much detail of chicanery is too much? ‘Oswald’ is impressive for packing in as much history and conspiracy lore as it does into an intermissionless 95 minutes or so. For most baby boomers, this stuff may be as familiar as the names of their cousins (unless director Oliver Stone’s ponderous, self-important film version, ‘JFK,’ killed all their interest in it).

For younger theatergoers, though, it may seem like a mysterious, magical tangle: You’ve heard of some of this, you’re being led along, not fully understanding things, and then surprise – it all becomes something else. But wait a sec: Why did most of these people ever want to gun down that nice President Kennedy in the first place?

6. I agree with the young audience member Friday who noted that at the start of the show, when Marina screens the Zapruder film, she declares that, despite what we might think, this is not the moment that destroyed her life. This is – and we see the iconic footage of Jack Ruby shooting her husband on live television. A powerful moment about the disappearance not simply of love or life but answers, of reason and credibility.

Yet later, when Jack Ruby (Brandon Whitlock) actually enters the musical’s story, the narrator Marina makes no response – even though, previously, she pointed a finger at David Ferrie (Alex Heika) and angrily denounced him: If anyone trapped Oswald into a murder plot, it was him, she says. The first appearance of Ferrie evokes such anger, but not Ruby’s?

7. All that said – and I’m not passing judgment on the quality or credibility of the music, the lyrics, the dialogue, the staging, even the basic idea or commercial viability of such a show – the staged reading was an impressively coherent and generally consistent effort, given the speed with which it was mounted. That may seem like a consolation prize, but I’ve seen fully-fledged productions of thoroughly familiar musicals that didn’t steam ahead with the energy and conviction this gamble did. And for Firehouse, a company that has mostly presented shows like ‘Cats,’ ‘Mamma Mia’ and ‘The Wizard of Oz’ – all of them on the current season – ‘Oswald’ represents a small, welcome, distinct and, yes, in this instance, a fairly daring departure.