Skip Navigation
Home > ArtandSeek.net > State Of The Arts Denton: Drawing Outside The Lines

Many artists have pushed the boundaries of their art forms – while also pushing on social norms as well. Friday, May 10th, Art & Seek presents a State of the Arts public discussion about change makers and risk takers in the Denton arts community. KERA’s Anne Bothwell speaks with Jerome Weeks who’s been talking to this diverse group of artists.

Jerome, for the next Denton State of the Arts panel discussion, we’ve brought together a remarkable range of artists. Do they have anything in common? Anything to share with us?

Change Makers and Risk Takers: State of the Arts Denton, Friday, May 10th at the Patterson-Appleton Arts Center. A free event – reception, conversation and Q&A

An impulse to draw outside the lines – the artistic lines dividing traditional disciplines like painting and sculpture. Also a desire to push on social lines defining race, gender, identity. Take Vagner Whitehead, he’s a TWU professor, chair of the visual arts department. He’s from Brazil, though he’s lived and worked in the US for years, so our current uproar over Latin American immigration has inspired recent works. 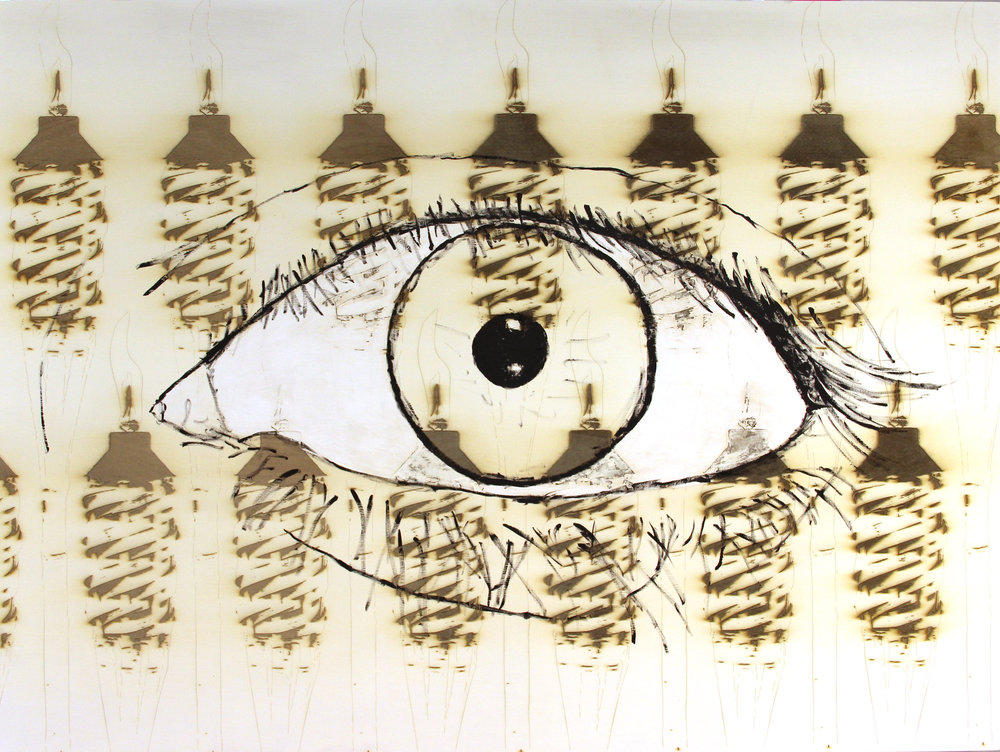 A lot of Whitehead’s artworks – videos, prints, visual art – are not overtly political, but sometimes it’s buried there. His images are often what he calls “densely layered and stacked.” It’s a kind of urban “graffiti aesthetic” that he basically grew up with.

“I grew up in Sao Paolo, Brazil, surrounded by political posters and protest posters pasted on the sides of buildings and they’d be ripped and then with graffiti on top,” Whitehead says. “So in a sense there was almost like a social collage, right?

One recent work of Whitehead’s is actually simpler, less layered previous ones. It has a giant staring eye. Behind it are what, frankly, took me awhile to realize are rows of burning tiki torches.

And that reminds me of the neo-Nazi rally in Charlottesville.

Exactly. Whitehead says he’s come to see this layering style as his way of expressing ‘intersectionality.’

TBMTA from Vagner Whitehead on Vimeo.

OK. ‘Intersectionality’ – that’s become a popular term in the arts. It refers to the way one person may face multiple biases, and they overlap, they’re often connected.

Yes, ordinary aspects of identity – race, gender, class – can overlap, sometimes amplifying discrimination. For instance, the other Latinx artist on our panel is Isabel Crespo – she’s a singer-composer, born in America of Costa Rican and Ecuadorian descent. And in some of the songs she writes, Crespo addresses being a woman in the music industry. Or being brown-skinned in a very white world. Here she is from her song, ‘On Color’:  “Why does it seem like it’s white that’s been deciding what is right and wrong? And don’t pretend to be blind to the color of your skin and that of mine. Don’t pretend we’ve erased the lines we’ve drawn between brown and white.”

But more than expressing herself directly in lyrics, Crespo believes in exposing people to different styles of music: “I don’t really want to tell anybody what to think or how to feel but I want to present experiences that people maybe aren’t familiar with, and present them in a way that incites empathy.”

So, no surprise, in addition to writing songs, she sings in five different bands, including a jazz trio, a traditional Brazilian ensemble and an avant-pop sextet.

Yes. She even managed to submit a ‘Tiny Desk’ concert video to NPR:

There is one person you spoke with who expressly defines herself as an artist and an activist, right?
UNT new media art professor Liss LaFleur. She works in performance art, glass, video and installations. To give you some idea of LaFleur’s range, her works have been shown at both the TATE Modern in England and the MIT Media Lab. Her art often addresses feminism and queer identity. Her installation, ‘You Belong to Me,’ premiered in Dallas in 2015 at the Aurora Festival. You’d enter this room, and on these stringy, pink curtains was a video of a woman lip-synching to the 1952 song ‘You Belong to Me.’ When the installation was re-created last year in Houston, LaFleur spoke about how she wanted viewers questioning their sense of self.

“What I’m trying to accomplish is that punch to the gut,” she said. “I mean these works are using pop music and notions of identity or gender – like how those things are formulated together, and how I can use color and image and sound to evoke that playfulness – and a little bit of fear.” 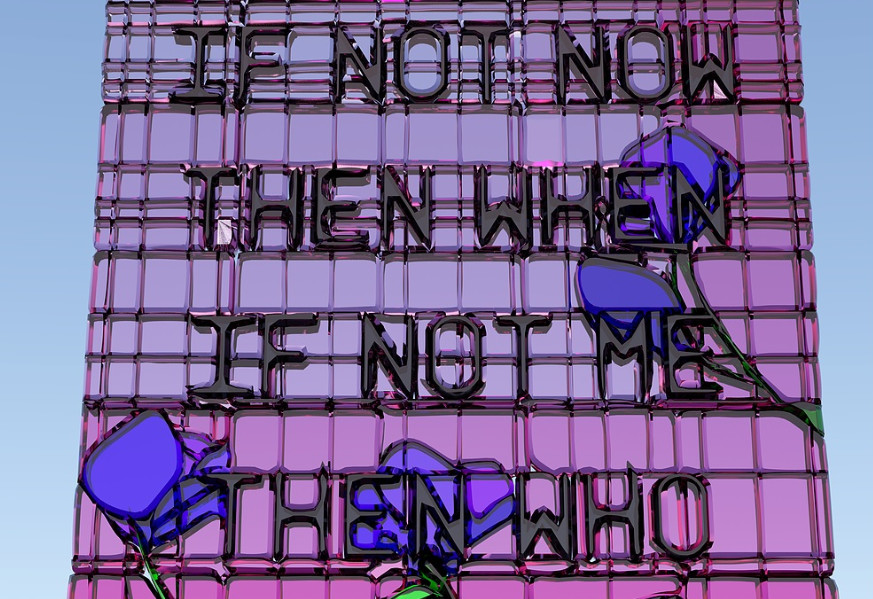 Well, the distorted lip-synching, a man’s voice coming out of a woman’s image, the curtain – the whole thing evokes those famously weird cabaret scenes from the TV series, ‘Twin Peaks.’

And there’s the song itself – ‘You Belong to Me.’

A woman singing a man’s declaration of possession, of ownership – right. It highlights the creepiness of the lyrics from what is more or less a conventional pop love song.  There’s the sense of no escape:

See the pyramids along the Nile
Watch the sun rise on a tropic isle
Just remember, darling, all the while
You belong to me.

See the marketplace in old Algiers
Send me photographs and souvenirs
But remember when a dream appears
You belong to me.

It strikes me that much of this work is more nuanced than one might expect from artists addressing social issues.
Disorienting or provocative, yes. Even educational or ‘re-orienting.’ But generally not preachy.